Submit a Manuscript to the Journal
Journal of Maps 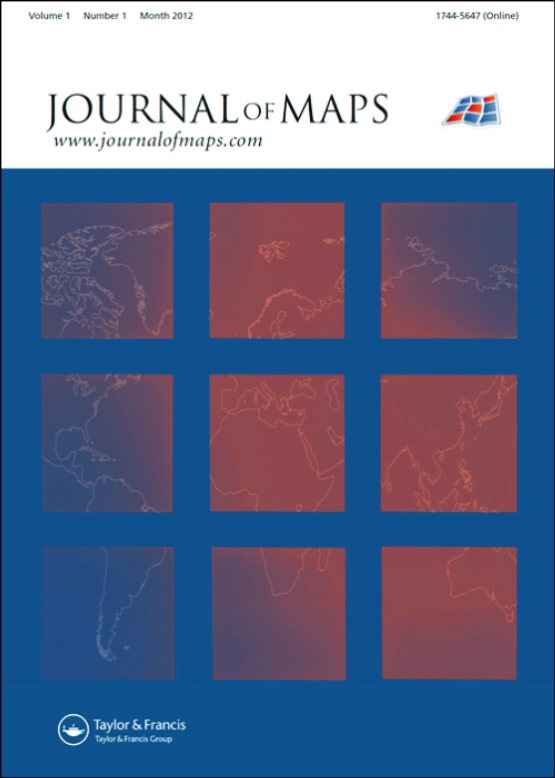 Significant progress has recently been made in the field of geomorphological mapping, an indispensable tool for an informed analysis of landforms. Cartography constitutes the final output of the geomorphological mapping process, which is becoming increasingly refined and now used at all levels of government for territory planning.

The production of cartographic outputs has become necessary in order to meet the needs of the various sectors of environmental research and the related professional world. A good level of mapping is dependent on having a suitably thorough and detailed legend. Recent developments have particularly affected this tool, which requires multi-disciplinary knowledge and the creation of a database and its digitalization. Multi-disciplinarity - which is expressed in the increasingly important role played by the interaction between climate change and hydrology - in relation to geomorphological processes, especially those responsible for rapid landscape change (e.g. mass movement), with a focus on the state of activity and trigger thresholds.

The main objective of this special issue is to promote the latest advances in geomorphological mapping, applying advanced GIS and remote sensing techniques, within the context of climate-related changes. The aim is to create a cartography that evaluates geomorphological processes, while at the same time acting as a planning tool allowing the differentiation of hazards based on the probability of occurrence of activating factors such as extreme climatic events.

For years, geomorphological mapping has been a combination of information not only from field surveys, but also from the analysis of topographic maps, aerial photos and satellite images. The application of geographic information systems (GIS) has enabled the integration of many data layers, with remotely sensed imagery playing a major role. In this context, GIS has also favored geospatial analyses that allow the application of geostatistical techniques to process georeferenced data that can be related to natural phenomena and human activities. These improvements have allowed an expansion of geomorphological mapping capacity, which could be improved further by assessing the probability of the activation of ongoing geomorphological processes, while also considering the return periods of extreme climatic events.

This special issue aims to review and summarize the latest advances in geomorphological mapping; in particular, it is of interest to assess the influence of climate on the activity of geomorphological phenomena, as well as the future evolution of a territory (to which climate change may give rise), alongside studying innovative graphic representations.

It is recommended that articles be submitted with innovative content related to the following topics:

All papers are expected to consist of a map or series of maps (loosely and broadly defined to include various forms of spatial representation) accompanied by brief explanatory text. Papers should be bespoke, and the mapping of good quality. All papers in this special issue will be peer reviewed. To submit a paper, authors should do the following:

The special issue editorial team are happy to discuss ideas for papers and their suitability with potential contributors prior to the short draft submission stage. Please e-mail Matteo Gentilucci ([email protected]) or Domenico Aringoli ([email protected]) in the first instance.

All submissions should be made via the Journal of Maps website (Journal of Maps) where further guidance on all aspects of submission can be found. Please note the journal is open access, with an article processing charge of USD $1060.

2
0
9 days ago
RT @HRG_CNR: Learn more about methods and key features of the map in the open access paper by Macchi et al. just published in @journalofmap…