Submit a Manuscript to the Journal
Journal of Ecotourism

For a Special Issue on
Regenerative ecotourism and A-growthism: from Anthropocentrism to Deep Ecology 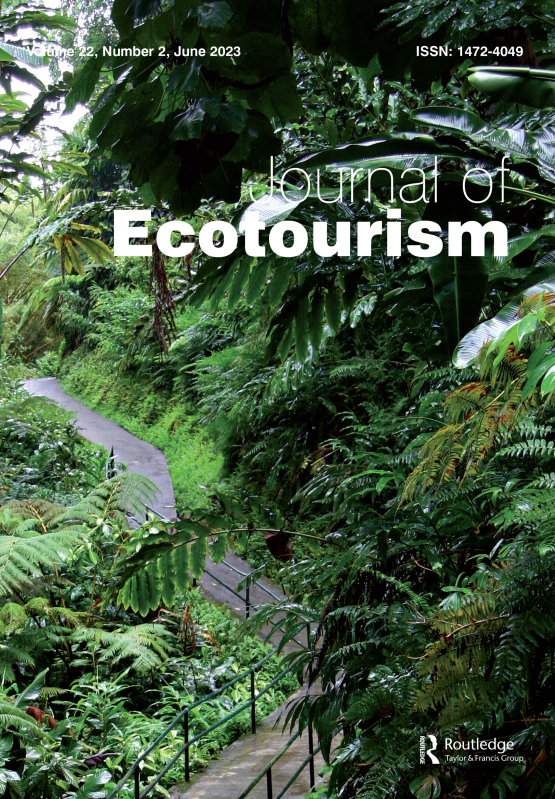 Regenerative ecotourism and A-growthism: from Anthropocentrism to Deep Ecology

Irrespective of the rationalised justifications of human actions, the existing world order is open to questions and investigation. Gills (2020) highlighted the triple conjecture of global crisis comprising climate change and ecological breakdown, capitalism and neoliberal globalisation, and the COVID-19 pandemic. Among these crises, the most existential threat is climate change and ecological breakdown that will produce irreparable long-term effects. Claims have been made that the pandemic resulted from human intrusion into the ecosystem, increasing the chances of spreading infectious diseases. Land-use change, agricultural expansion, and wildlife exploitation are other reasons that lead to ecological disturbance created by humans (Everard et al., 2020). Moreover, in the name of economic growth, excessive competition, capitalism, and consumerism, destructive and exploitative practices disturbed the ecological balance and damaged the planet. The question is, even after the rationalised behaviour of homo sapiens, why are ecological systems out of balance, and why is climate changing? Grey (1993) sheds light on the thoughts of innovators and thinkers wherein Copernicus was the first to claim that humans are not the centre of the universe. Anthropocentrism or human chauvinism emerged as a prime reason for disturbed ecological balance and intensified climate change. Interestingly, Moore (2017) interpreted Anthropocene as a comfortable story that separates humans from the web of life; however, used the term 'Capitalocene' to understand the exploitative behaviour of humans that focus on the accumulation of capital and resources considering the industrial revolutions, technological advancements, and capitalist world order. Inspired by the alternative and diversified economic practices, Cave and Dredge (2020) underlined the significance of a new operative system based on hybrid social worlds that can uptake regenerative practices and resilience.

LaTouche (2012) explains degrowth in its truest sense by highlighting the need for a shift in the decision-making process that focuses on capital accumulation and profit-making, particularly in the time of social-ecological crises. He also emphasised thinking 'degrowth' as 'a-growth' wherein the new approach will focus on growing social and environmental well-being but degrow destructive and exploitative practices that come heavy on well-being. LaTouche places the extractive economy at centre stage of excessive consumption and production in the name of progress and human and environmental well-being embedded in the spirit of capitalism. Hall (2009) added 'ethical consumption as one of the required components of degrowth that talks about tourists and the host community's responsible consumption habits and practices. Interestingly, the decolonial approach to degrowth can make Hall's (2009) argument a reality wherein respecting and practising local knowledge can bring power back to the community and environment, leading to alternative economic practices. The need is to identify and explore a medium or a catalyst that can significantly contribute to regeneration and awaken people's consciousness. Gills (2020) highlighted the need for a radical shift in the behaviour of people at individual, societal, and environmental levels that believes in the restoration of spiritual philosophy promoting consciousness of actions. Such a shift resonates with tourism’s expanding consciousness platform that we are presently immersed in, as described by Fennell (2018).

We contend that ecotourism can act as a transformative force that may inspire the inner transformation process and awaken consciousness. Awakening of consciousness may indulge people in restorative and regenerative practices at ecotourist destinations to strengthen the ecosystem's health and climate resilience (Wahl, 2019). The involvement of people in and with nature may, first, promote people's well-being, and second, preserve and restore natural resources, and, as such, will deepen and strengthen the bond that humans ought to have with all living beings on the planet (Ateljevic, 2020; Sheldon, 2020). The bottom line is that awakening of consciousness and inner transformation may flourish against the viewpoint of anthropocentrism and capitalocene and may help enhance environmental sustainability and balance ecological systems, while at the same time striving to abate climate change.

Considering the above discussion, this special issue aims at understanding the exploitative and destructive human behaviour through the lens of ecotourism by embracing an interdisciplinary approach. The call also places the idea of a-growthism or degrowth open for investigation, considering the questionable existing world order that functions on the accumulation of resources and global capitalism leading to exploitation of resources. The intent is to think beyond the traditional and conventional by exploring the regenerative potential of ecotourism through conceptual, critical, empirical contributions in the form of quantitative, qualitative, mixed-methods papers that strengthen the agenda of regenerative ecotourism and a-growthism. Potential article themes (but not limited to) include:

Expressions of interest are welcome in the form of an extended abstract (500-750 words excluding references), by 30th December 2022 to be sent to Guest editors, at [email protected]

The authors who submit abstracts will be informed about the outcome of the abstract review no later than 15th February 2023. For those who are invited to prepare full manuscripts, the deadline for the submission of full papers will be 30th July 2023. All full paper submissions will be subject to the normal peer review processes of the Journal of Ecotourism.

Contributors should follow the journal’s “Instructions for Authors”. An invitation from the guest editors to submit a full paper does not guarantee publication.

-Estimated timeline from the call for papers to publication:

Notifications of Acceptance and Rejection on submitted proposals- 15th February 2023

Submission of the first draft of Papers- 30th July 2023

Authors are requested to select the Special Issue title " Regenerative ecotourism and A-growthism: from Anthropocentrism to Deep Ecology” when submitting their paper to ScholarOne.

2
0
2 days ago
RT @FB_Collective: The Football Collective book series continues to grow, and is becoming quite a resource for football research. There are…

4
0
2 days ago
Explore these 3 articles from Journal of Leisure Research, all currently with Free Access "Exploring the conditions that promote intergroup contact at urban parks." 👉...

Read more
0
1
2 days ago
RT @drdavehindley: Tickets are going like the proverbial hot cakes. Indeed I’m reliably informed half have already been snapped up. Don’t d…