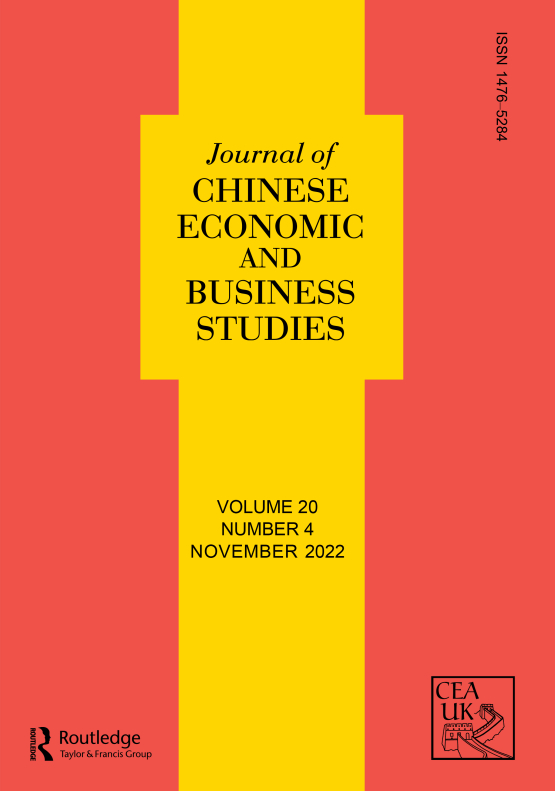 After decades of unprecedented and sustained economic growth rates averaging 10% annually, China has become the world’s largest economy by purchasing power parity (PPP) with the world’s largest total banking sector and home to the second-largest number of billionaires. Furthermore, its progress against poverty is a remarkable achievement. Over 800 million fewer people living in poverty since 1981 (Ravallion, 2021). As a result, the PRC has consistently outperformed pessimistic economic forecasts and outlooks based on traditional western economic theories and modelling, earning it the characterization of a “development and growth miracle” (Balcerowicz, 1994; Murphy, Shleifer, & Vishny, 1992; Qian & Xu, 1993; Sachs, Woo, & Yang, 2000; Sachs & Woo, 1994, 1997; Woo, 1994). While the Chinese economic development of the past decades may be considered one of a kind, other developing countries in South America and Asia have similarly followed in terms of economic improvements. For instance, Chile, India, and Vietnam have exhibited among the fastest growth rates after the pandemic worldwide.

China’s development is an extraordinary event historically, vis-à-vis the transformation of the standard of living, and it is possibly the central economic event of our lifetime. However, conventional economic theories cannot explain this growth (Autor, Dorn, & Hanson, 2016, 2021; Brunnermeier, Sockin, & Xiaong, 2017; Dotsey, Li, & Yang, 2019; Milanovic, 2019; Rosefielde & Leightner, 2017; Song, Storesletten, & Zilibotti, 2011; Weber, 2018, 2020, 2021; Weitzman & Xu, 1994, 1997; Xiong, 2018). For example, neoclassical economics’ fundamental principles, including price liberalization, privatization, and macroeconomic stabilization by eliminating fiscal deficits, were not applied to China’s transition. Yet, these elements are considered the base of an efficient economic system in neoclassical economic theory and were deemed necessary for transition economies (Blanchard, Dornbusch, Krugman, Layard, & Summers, 1991; Boycko, Shleifer, & Vishny, 1993; Lipton & Sachs, 1990). Counter-evidence of the institution-growth relation from China, however, has encouraged scholars to look beyond neoclassical economics.

The purpose of this call is to assemble academic contributions addressing current opportunities and challenges to China’s National Economic and Social Development and Long-Term Objectives. Furthermore, it aims to explore how ongoing and upcoming reforms will affect its future prosperity and global relations. On a related theme, it also welcomes submissions on the comparable economic success of other developing countries as they transition from low- to higher-income nations.

This special section invites papers that address different aspects of the Chinese development strategy and modernization experience. Submissions related to the economic transition, growth, and development of other, developing countries are also encouraged. Topics of interest for publication include, but are not limited to:

Furthermore, human development and wellbeing has increasingly become more important than just economic growth. Decades of rapid and unbalanced growth has resulted in regional and social disparities. The results of these disparities may have detrimental effects on people’s happiness and subjective wellbeing (Alesina, Di Tella, & Macculloch, 2004; Jiang, Lu, & Sato, 2012). Well-being and happiness are not necessarily dependent on income, but also other factors including capabilities, education, health, purpose, and fulfilment (Nussbaum, 2000; 2011; Sen, 1997; 2009; 2017).

A growing literature studies the drivers of structural change in China (Cao & Birchenall, 2013; Dinlersoz & Fu, 2022) and argue that mobility restrictions are one of the main barriers to industrialization (Kwan, Zhang, & Zhuo, 2018; Ngai & Pissarides, 2019; Hao, Tombe, & Zhu, 2020). Following the relaxation of the hukou system, China has experienced a massive internal migration in recent decades (Chan, 2019; Tombe & Zhu, 2019). This in turn resulted in structural change, specifically in terms of the reallocation of labor, significantly favoring economic growth and development (Zhu, 2012).

The outbreak of Covid-19 and the subsequent lockdowns took a heavy toll on the Chinese economy. While the immediate policy response, massive lockdowns, and restrictive control measures by the Chinese authorities, also referred to as China’s ‘zero covid strategy’ were an apparent success in blocking the spread of the virus (Fang, Qang, & Yang, 2020; Hsiang, Allen, Annan-Phan, Bell, Bolliger, Chong, Druckenmiller, Huang, Hultgren, Krasovich, Lau, Lee, Rolf, Tseng, & Wu, 2020; Qiu, Chen, & Shi, 2020), there is no clear consensus regarding the social and economic impact of such stringent containment measures at present (Song, 2020; Zhang, 2021; Qi, Zhang, Zhang, Takana, Pan, Yin, Liu, Liu, Gao, He, & Zhou, 2022). Thus, one of the most urging issues today is to understand the economic consequences of the Covid-19 pandemic in order to design mitigation policies accordingly.

Taylor & Francis and @JPSSMinsights are looking forward to the Women in Sales Winter AMA Pre-Conference event, Feb 9-10. View the day’s agenda at https://t.co/jOm...

Read more
0
0
3 hours ago
'Putting value creation back into “public value”: from market-fixing to market-shaping' by M. Mazzucato & J. Ryan-Collins is free to access for all. Read here: ...

Read more
0
0
6 hours ago
Make an impact in your field & submit to a special issue of Emerging Markets Finance and Trade, that will explore sustainable development in emerging economies. Find...