Submit a Manuscript to the Journal
Journal of Broadcasting & Electronic Media 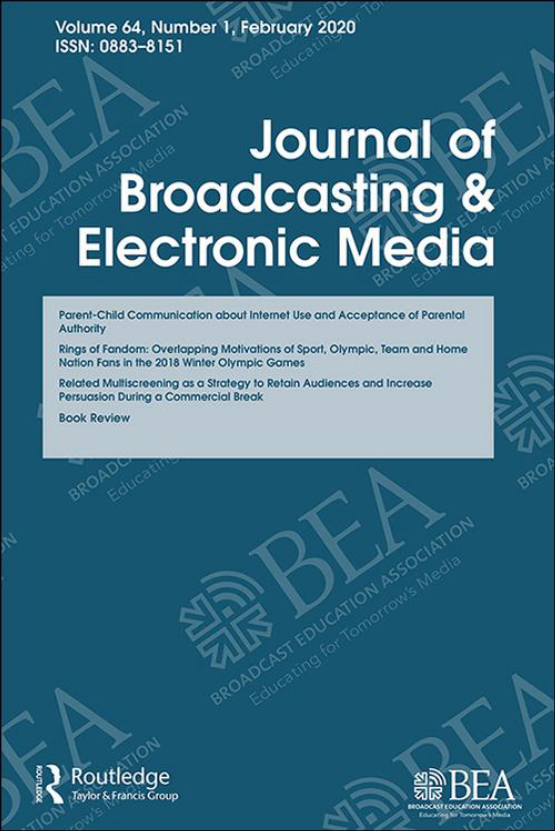 Communication Theory in the Era of Media Balkanization

As the cost to produce and distribute media content has dramatically reduced, the ability to share content has dramatically expanded. Every person is a potential media producer; anyone can be a broadcaster. However, while broad casting has never been more possible, broad receiving has never been more elusive. “Hit” shows are still only watched by 1-2% of the population; units of virality are often measured in the thousands, not millions. Even media that still are widely consumed are inextricably defined by customization. To wit, the 2020 U.S. Presidential debate was consumed by 73 million Americans, yet no media outlet secured more than a quarter of the total audience. Some feeds featured fact checks, others not; some feeds offered reaction shots from the non-speaking candidate, others not. Thus, even when an audience widely consumed the same content, they do so in a balkanized context, depending on media source and, increasingly, media device.

Media balkanization theory (Benoit & Billings, 2020) postulates that the fragmentation of the mass media audience into niche groups forces reinterpretation of the majority of our core media theories, particularly effect-based theories. The amount of content has exploded while the human capacity (measured in both time and attention) has not (and cannot, because of the limited attention span of a human being) expand along with the bloat of media content. Undergirding the theory are six key axioms:

A1. In the past, increases in population and advances in communication technology fueled the growth of the mass media.

A3. As the number of content sources proliferates, these new outlets often have an incentive to narrow their content, hoping to attract smaller, more homogeneous, and more loyal niche audiences for that outlet.

A4. Because mass media effects are proportional to audience size, as the audience for a given medium shrinks, the potential influence from media effects decreases.

A5. For theories of media that focus more broadly on content (e.g., cultivation theory, uses and gratifications): media balkanization has less impact.

A6. Choice of content sources is influenced by the uses and gratifications sought by potential auditors as well as other variables (such as ideology).

This special issue will focus on the role media balkanization plays in the rethinking and reinterpreting core media theories. Submissions may test or reconsider any media theory and do so in a variety of contexts and international focal points. In doing so, however, authors will be urged to focus on the complementary (yet not duplicative) role that other sibling concepts (e.g., customization, niche programming gratifications) play in the balkanization of media content.

Relevant manuscripts should be submitted no later than June 1, 2023. Manuscripts should adhere to all length, citation, and formatting guidelines as a traditional submission to the Journal of Broadcasting & Electronic Media. Scholars will submit using the main journal website, denoting “Special Issue: Media Balkanization” when entering manuscript type. The goal will be to complete, advance, and publish the articles in the special issue by the end of 2023.an

Make an impact in your field and contribute to a special issue of the Chinese Journal of Communication: Whither China?: Chinese Communication Research at the New Conjunct...

Read more
0
0
4 days ago
[email protected] welcomes your submissions for a special issue which will seek to advance the understanding of #news avoidance and the implications for society and #journal...

Read more
1
3
6 days ago
Got a book idea you didn't get a chance to pitch at #NCA22 this year? Editors @Felisa_SK and @AlexdeBrauw would still love to hear from you! DM to discuss