Submit a Manuscript to the Journal
Transnational Corporations Review

For a Special Issue on
Rethinking International Trade System: Engaging with China Linking to Agricultural Trade and Policy Collaborations 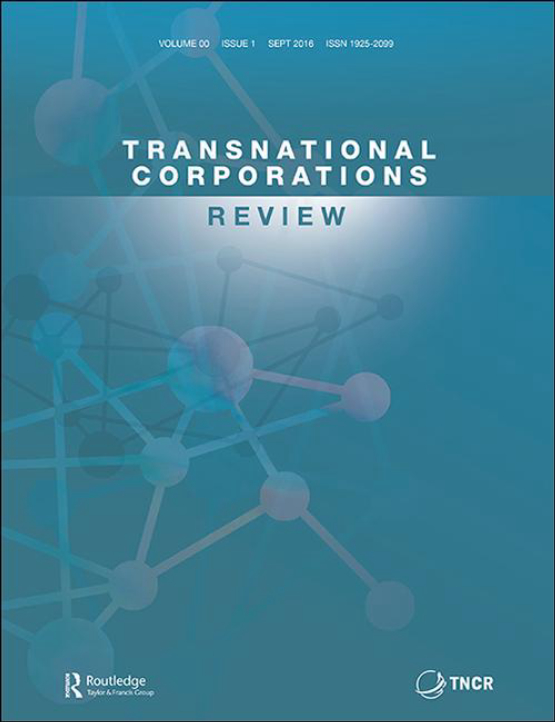 There is an emerging consensus among experts and scholars that the multilateral trading system as embodied in the World Trade Organization (WTO) is at a critical juncture, and China’s economy and reforms are ever an important part to the system. As the world’s second largest economy, China is the largest trading member for over 120 countries / economic entities. Agricultural trade policies and policy collaborations play a significant role in trade negotiations. How it plays out will have impacts beyond this sector. This special call for papers devotes to the timely topic engaging with China for international trade and policy collaborations.

Since its inception in 1995, the WTO has played an important role in promoting trade liberalization and facilitation, affecting over 98% of cross-border trade, supporting global economic stability and prosperity. Due to the recent upsurge of trade protectionism as well as the conflict between the world’s two powerful economies, the United States and China, coupled with some critical shortcomings in the world trade system, the WTO is facing challenges. Without reforms, the organization may not be able to fulfill its goal of promoting fair trade and inclusiveness favoring the disadvantaged small and medium sized developing economies.

Reforms in international trade system, including agricultural and food policies, involve with many areas. These could include the improvement of the WTO’s relevance in international and multinational governance, the establishment of an efficient mechanism to deal with kinds of trade conflicts as well as the enhancement of administrative efficiencies. It would need to pay attention to agricultural subsidies, inclusiveness of the developing nations, and the prevention of economic powers using its own law and regulations to overwrite the commonly accepted rules of international trade order.

We invite contributors to submit an abstract for about 300 words by December 31, 2021, together with each contributor’s email and affiliation. The subject line to submit an abstract should be “WTO & trade”. The abstracts will be assessed by the experts and editors. Contributors will be notified with comments and suggestions, including the acceptance or rejection of the abstracts.

To prepare for this unique collection, plus a special workshop (virtual or in-person) in July 8, 2022 (Friday, more information will follow), we expect for the final papers to be submitted no later than August 31, 2022 and the special collection will be published in beginning 2022.

The peer review process will be carefully conducted once a submission is received. Please note that the acceptance of abstracts or a submission of manuscripts does not necessarily imply the final papers to be published. All submissions go through a substantial review and revisions following the publisher’s standard processes.

Our journal Human Resource Development International is now on Twitter! 🎉 Follow @HrdiHuman for the latest articles and updates on special issue pages. Learn more at...

Read more
0
0
39 minutes ago
Share your Research in a new special issue of Economic Research-Ekonomska Istraživanja, that will focus on Environmental, Social, and Corporate Governance (ESG) and Sust...

Read more
1
2
5 hours ago
The Journal of Inter-Organizational Relationships welcomes your research for a special issue on #supplychain management, #governance, international relationship structure...