Submit a Manuscript to the Journal
International Journal of Public Administration

For a Special Issue on
Public Administration during times of conflict: Impacts on governance and service delivery 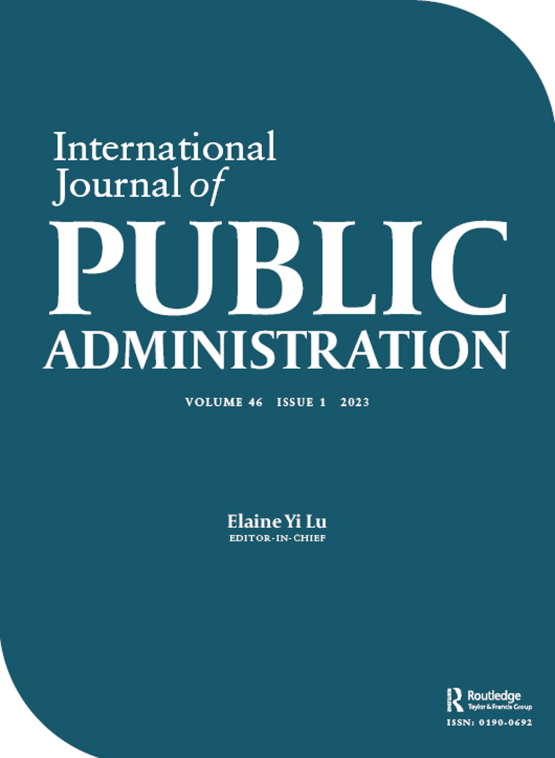 Public Administration during times of conflict: Impacts on governance and service delivery

Public Administration during times of conflict: Impacts on governance and service delivery

Background and Questions of Interest

Conflicts worldwide, such as the ongoing war in Ukraine and conflicts in Ethiopia, Somalia, and Yemen, are increasing (United Nations, n.d.). There remain gaps in public administration and management scholarship relating to studying and understanding conflicts and their impacts on governing and service delivery. Conflicts are often protracted and complicated, compounding administrative burdens in ways we cannot always anticipate or fully comprehend. Their complexity, uncertainty, and unpredictability make it difficult to study them, and their evolving and undefined nature complicates effective and timely public policy and administration treatment. This symposium collection seeks to redress some of these challenges.

The main features that characterize conflicts include a state of armed hostility between countries or groups within a country and their complexity. War as a type of conflict is difficult to define in international law. However, it suggests a clash of arms, the state of mutual tension and threat of violence between groups, and the authorized declaration by a sovereign body (Eagleton, 1932; Moseley, n.d.). Routley (2021), using the Uppsala Conflict Data Program, mapped 27 ongoing armed conflicts as of October 2021 and classified the type of wars based on the number of combat-related deaths in the current or past year. Significant wars are those where 10,000 or more people die; wars are those where 1,000–9,999 people die; minor conflicts are those where 100–999 die; and skirmishes and clashes between 10 and 100 people die (Routley, 2021). In October 2021, there were around 20 countries at war or experiencing major conflict, with more than 1,000 deaths around the globe (Routley, 2021). The most significant ones are Ukraine, the Tigray region of Ethiopia, Afghanistan, Yemen, Syria, Myanmar, Mozambique, and the Democratic Republic of Congo.

Countries subject to prolonged conflict can require decades to rebuild their infrastructure, economy, and other functions and put enormous pressure on the state and other providers of government services. In addition, conflicts can result in the suspension of sound governance principles and sometimes lead to a complete shutdown or suspension of public administration functions. In a functioning administrative state, Waldo (1965) observes that formal institutions must work, the budgeting and reporting systems must function, specialization of function and adequate controls must be in place, and the government business must continue. Fritz Marx (1957) argues that the administrative state should not be a state devoid of legislative and judicial organs but one in which administrative organizations and operations are particularly prominent, at least in their quantitative aspect (cited in Van Riper 1983). Van Riper, building on foundational works by Waldo (1965), Marx (1957), and Waldo & Hugh (2017), drawing on Weber's (1946) work on bureaucratic organization, expounds on critical characteristics of any administrative state. These include:

Submission Process: A 300-500-word abstract is expected by November 15, 2022. Abstracts should summarize the paper, and must contain key elements, such as clear research question(s)/purpose(s), a clearly articulated research design and methodology, relevance to the symposium topic, and expected contributions to the field of Public Administration.

Read more
2
3
5 days ago
Congratulations to Pietro De Giovanni for ranking in the World's Top 2% of Scientists in the ranking of the most influential researchers in the world published by @Stanfo...