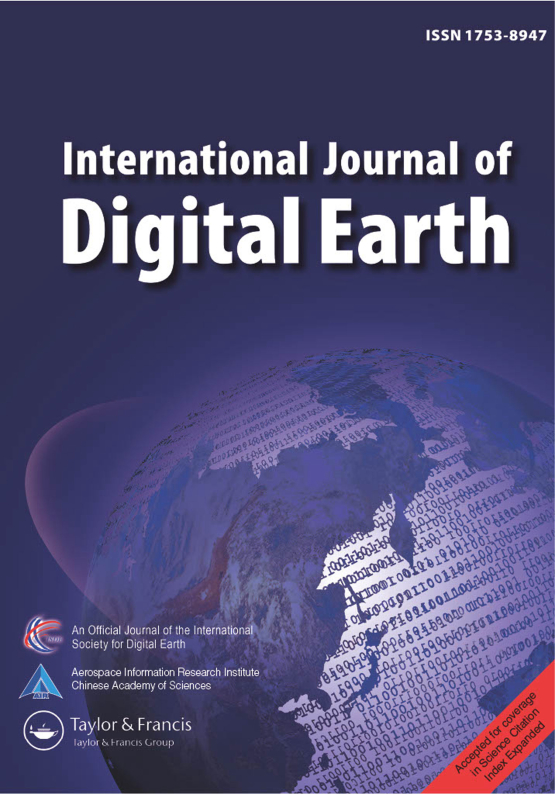 The Earth is a highly dynamic planet, which exists in a complex state on multiple temporal and spatial scales. As such, it has been a challenging problem in Earth systems science to obtain continuous macroscopic multi-dimensional Earth information on a global scale. The Moon is the only natural satellite of the Earth, and the setup of Earth observation systems on the Moon to study the Earth is a new concept, which is both advanced and quite practical. Sensors laid on the Moon can carry out long-term, global-scale and spatio-temporal consistent continuous observation of the Earth. It can effectively solve the problem of information acquisition of Earth macroscopic scientific phenomena and to obtain new discoveries in Earth systems science research.

The IJDE is the official Journal of the International Society for Digital Earth and is published by Taylor & Francis, UK. It is the first professional and international peer‐reviewed journal in the digital Earth research field around the world. The SCI 2020 impact factor for this journal is now at 3.097.

Potential topics include, but are not limited to, the following:

Submissions must follow the instructions to authors outlined on the Taylor & Francis web page for the International Journal of Digital Earth found at https://www.tandfonline.com/action/authorSubmission?show=instructions&journalCode=tjde20. Word templates are available on the web site and papers are typically 5000–8000 words in length.

Papers should be submitted online at the International Journal of Digital Earth's ScholarOne site, from the journal homepage. New users should first create an account. Once a user is logged onto the site submissions should be made via the Author Centre. Please indicate the paper is submitted to Special Issue on “Moon-based Earth Observation”.

Discover how science and research influences climate change and sustainability with our free-to-access research collection. Together, let’s strive to #RestoreOurEarth! ...

Read more
1
2
2 hours ago
#vEGU21 may be over, but there's still time to enjoy these free articles from a selection of our Earth & Environmental Sciences journals: https://t.co/iGG8TfwhmQ http...

Read more
0
0
4 hours ago
RT @tandfonline: What are the different types of peer review, and what are their pros and cons? Discover everything you need to know with…

5
0
4 hours ago
Ready to publish but not sure of how or where to start? Get an overview of the process of publishing a journal article from start to finish through our free learning cour...