Submit a Manuscript to the Journal
Journal of Urbanism: International Research on Placemaking and Urban Sustainability

For a Special Issue on
Informal Placemaking. Social Activism and Practices of Art and Culture 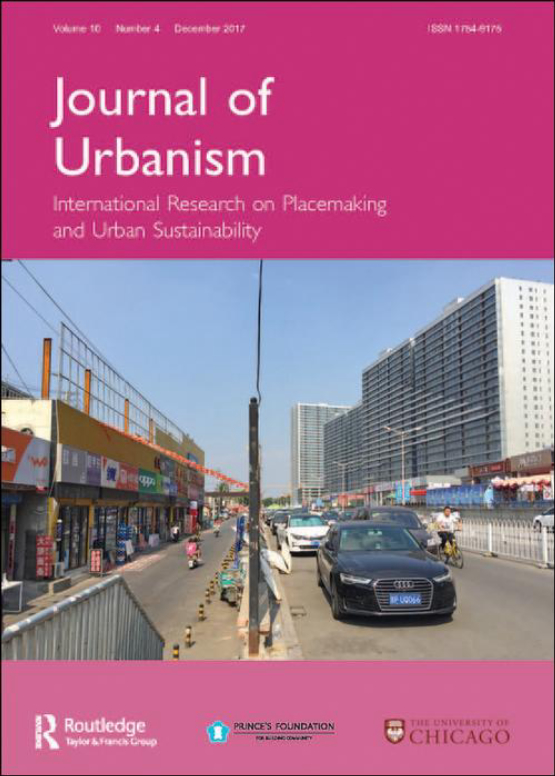 Informal Placemaking. Social Activism and Practices of Art and Culture

Informal placemaking practices are key in contributing to knowledge production and transfer in the urban environment. However, the recent acceleration of social activism in public urban settings joining forces with recent trends in contemporary art and cultural practices has not yet been spotlighted in this context. Through cultural and artistic practices in urban space, the sensual and cognitive experience of the environment generate new ways of identifying with urban settings and contributes to a common understanding of divergent identities and urban livability.

We understand ‘informal placemaking’ as a concept referring to the practices and strategies undertaken by citizen participation as well as by artists, activists, and designers. Informal placemaking is hereby defined as inclusive practices, based on citizen participation in placemaking. Practices of arts and design have the ability to occupy these new developments. Cultural and social activism have severe impact on the sustainable implementation of social justice and mutual cultural understanding in urban environments. Despite the huge popularity of literature on the potential of art and the creative industries to positively transform cities, very little attention is directed towards the role of artistic and cultural practices in spatial planning and community development.

Such practices might include but are not limited to:

Authors interested on submitting a paper for this issue are asked to submit an abstract (of max. 250 words) and a title. Academic papers, book reviews, exhibition reviews, and short reports are welcome. Papers should be submitted through the journal’s online system with each noted as part of the special issue titled 'Informal Placemaking'. Please follow the directions for manuscript preparation available at the Journal’s submission site and Instructions for Authors page.

Manuscripts submitted for consideration for the special issue will immediately enter the review process, so authors are encouraged to submit their work prior to the deadline if possible. The peer-reviewed process will take 4-6 months. Accepted manuscripts will be published online on a rolling basis (prior to the full special issue being published in late 2023).

Housing Studies welcomes your research for a special issue which explores the relationship between the historical development of housing cooperatives and housing systems ...

Read more
2
5
5 hours ago
We were thrilled to hear about the successful book launch for Harald Bauder's 'From Sovereignty to Solidarity: Rethinking Human Migration' held in Berlin at DeZIM. More ...

Read more
3
5
5 hours ago
Housing, Theory and Society welcomes your research for a special issue which seeks to understand vulnerable households, housing situations and drivers and consequences of...