Submit a Manuscript to the Journal
Life Writing

For a Special Issue on
Illness Writing in Lebanon: Converging Pathologies and Lived Narratives Since August 4, 2020 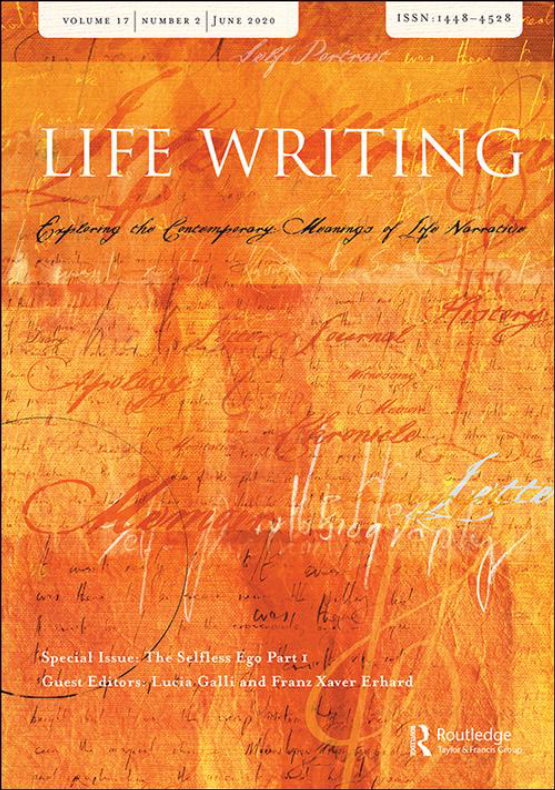 This is a call for creative critical personal texts, what Life Writing defines as essays, addressing the cultural ills in the Lebanese context. The solicited essays, unlike conventional academic works, allow for a more creative and self-reflexive approach, and are first-person, lived narratives.

The macro narrative of illness in Lebanon arguably consists of two synergistic categories of illness: first, the deep-seated disease of patriarchy and partisanship and its visceral consequences on economy and environment, which, second, are transposed into a spectrum of somatic and psychological diseases, including cancer, mental ailments, and most recently the widespread traumas of the August 4, 2020 blast. The combined narrative of both types of illness, their converging causes and effects, suggests that the people’s revolution that started in 2019 – later stymied by the pandemic, coeval with the apocalyptic Beirut Port explosion – was the route through which people’s efforts to voice their grievances and seek radical reforms were conjoined.

Knowing that illness writing ties inextricably to its culture of origin, an emerging corpus of Lebanese life writing concomitant with the revolution, pandemic, and Port explosion highlights the causal intersection between the physical and cultural ills that frame these narratives. Illness writing may therefore serve as a means of expressing and drawing attention to, if not also processing, the different facets of illness that currently shape the Lebanese predicament. As illness’s sundry roots (here, patriarchy) and the routes it fosters (here, revolution) are interrogated and celebrated, respectively, such lived stories gain pressing significance. Taking this mode of life writing as its focus, this special issue seeks to explore how writers in the Lebanese context engage with experiences of illness in its various permutations.

Contributors are invited to consider, but are not restricted to, the following themes:

Life Writing publishes both “essays” and “articles.” This special issue will focus upon essays and we particularly invite such submissions. These would be critically informed, creative personal essays, which differ from academic articles in that a high level of analysis and referencing is less important, but the reflexive 'I' should filter the subject matter. On the continuum from discursive/analytical to creative, these essays will fall somewhere in the middle. For an example of how this approach might be expressed, see Linus Hagström’s “Becoming a Traitor” (LW 18.1, 2021).

Publication: Online first after acceptance, and later in a forthcoming issue of Life Writing.

If you are unsure if the particular form of creative writing that you have in mind would suit this special issue of Life Writing, please contact the guest editor, Dr. Sleiman El Hajj.

Queries, as well as abstract and essay submissions (as WORD documents), should be sent to the following address: [email protected]. Submissions need to include a brief author bio and e-mail address.

Read more
0
1
9 hours ago
“Although I maintain that if she were more perfect, she would be less interesting.” Happy Birthday to Anne #Bronte, find out more by exploring our #History of #Femini...

Read more
1
2
2 days ago
We want to hear from you. Please take the survey to tell us how we are doing and you could win a £75 Amazon voucher. https://t.co/kvSu3TBCfP https://t.co/NzRrCxGwud

Read more
0
0
6 days ago
Learn about the new Poetry Prize from Women: A Cultural Review, for critical writing on women’s poetry. The winning essay will be published in the journal & will al...