Submit a Manuscript to the Journal
IETE Journal of Research

For a Special Issue on
IoT, Sensor Networks, and Blockchain Technology for Smart Cities and Societies 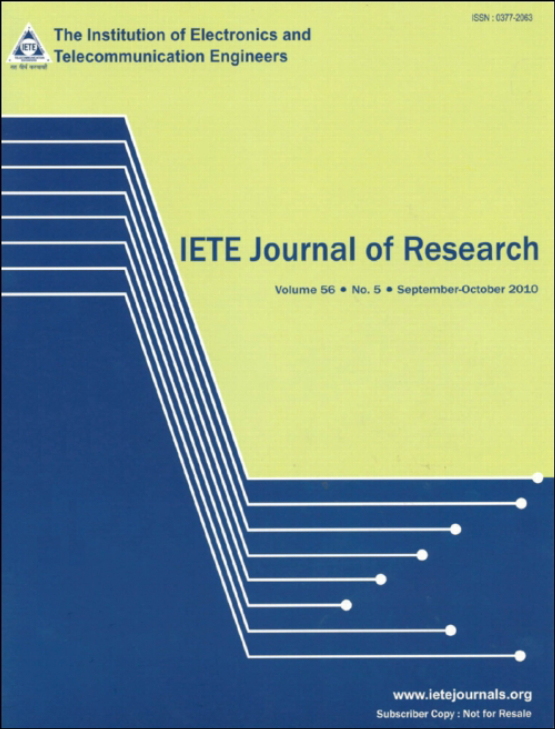 Integration of Fog, Edge, and cellular networks for IIoT communications

Quantum Blockchain for Internet of Things

IoT based Urban agriculture and forestry

Select "IoT, Sensor Networks, and Blockchain Technology for Smart Cities and Societies” when submitting your paper to ScholarOne

View the latest tweets from tandfstem

Don't miss out on the below blog featuring @Mathy_Jessica on her story of Latinx and Hispanic mathematics. @maanow https://t.co/Zex2uJ2wKz

Read more
0
3
11 hours ago
🚨 We're hiring! Specialise in Earth Sciences? Interested in taking on an exciting new role? You could be Co-Editor of Applied Earth Science! 👉 Apply today: https...

3
0
yesterday
RT @TheORSociety: If #systemsdynamics, group modelling, #simulation, #epidemiology or management in #healthcare is your field, then don’t m…