For a Special Issue on
Human-Animal Relationships and Welfare in the Anthropocene: Pandemics, Climate Change, and Other Disasters 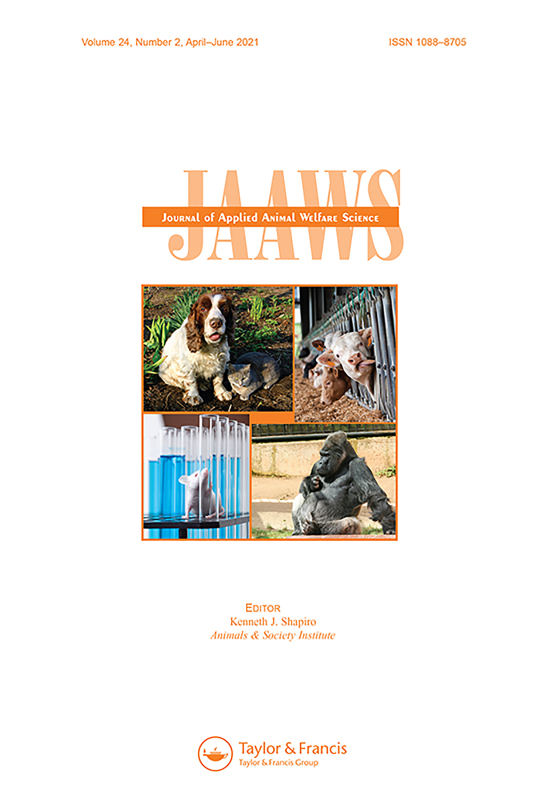 Human-Animal Relationships and Welfare in the Anthropocene: Pandemics, Climate Change, and Other Disasters

The COVID-19 pandemic has highlighted numerous scenarios in which human and nonhuman animal lives and livelihoods are intertwined with each other and the environment. Both the causes and impacts of the pandemic have brought attention to ongoing and emerging concerns about the means by which humans conceptualize, accomplish, and address human-animal relationships at various levels of scale. These issues span the relationships we have with wildlife; animals used for scientific experimentation; and farmed, captive, and companion animals. Many of these relationships have suffered from anthropogenic actions that also factor into climate change, and other disasters caused by climate change.

The pandemic’s zoonotic roots, for example, connect to wildlife habitat destruction, also a factor in climate change. Human and animal geographic redistributions and forced migrations are already occurring due to climate change-induced habitat loss, sea level rise, temperature increases and resource scarcity. This already-unprecedented species redistribution of life on Earth has numerous implications for both human-well-being and the impacted animals. Ongoing human population growth means that there will likely be many more instances of human encroachment on wild animal habitat. From the human side, habitat loss and ongoing wildlife consumption, mean that interactions with wild animals with the potential to serve as zoonotic primary or intermediate hosts will likely increase—with the possibility of COVID-19 or similar, new diseases being passed back and forth between humans and animals. Infectious diseases can also operate through vector-borne transmission, and warmer temperatures can lead to vectors such as mosquitos inhabiting greater, or different, geographic regions. From the animal side, further habitat loss can be devastating to already stressed species. In addition, climate change exacerbates the frequency and severity of natural disasters such as droughts, fires, and floods, further impacting humans and animals alike.

The crisis unleashed by the COVID-19 virus has both exacerbated and illuminated problems within industrialized animal agriculture. The nexus is clear between zoonotic disease emergence, industrialized animal agriculture, pandemics, climate change, public health and animal welfare. Industrialized animal farming practices have been both implicated in and impacted by this particular pandemic, and pandemics in general. As a direct result of the COVID-19 pandemic, slaughterhouse closures, disrupted trade, and supply chain problems were implicated in the killing of untold millions of chickens, cattle and pigs. Animals farmed for fur suffered as well. Presumed potential spillover of COVID-19 from humans to mink and vice versa, for instance, caused over 10 million mink to be culled worldwide amid concern that a mutated version of the virus would be passed back to humans. More broadly, the links between humans, animals, and disease manifest due to industrial farming’s model of intense human and animal density in restricted spaces, a model that stresses biological and mental health for members of both species. This creates a problem that ties the industry’s inhumane treatment of animals with social justice concerns for the humans involved, where economic instability and lack of insurance force workers into unsafe conditions. From another angle, the destruction of habitats and of ecosystems caused by industrialized animal food production also contributes to climate change. Human population growth that requires more space for this type of food production also increases future habitat destruction.

Some companion animals were not spared contracting the coronavirus, and a substantial proportion of tested companion cats and dogs whose guardians had been infected with COVID-19 tested seropositive themselves. Not all of the changes brought about by the COVID-19 pandemic were negative for animal wellbeing, however. Overall, shelter intakes were down and adoptions were up, compared to 2019. Pandemic-related lockdowns and the shift for many to working from home meant more time with companion animals, which served to reduce human loneliness and hopelessness. Lockdowns also benefited companion animals with human time and attention they may not have had before. For companion animals this may not, however, have been without problems, such as lack of socialization for young dogs at crucial developmental stages. Furthermore, it is unclear how these companion animals will fare if/when their guardians go back to more normal working arraignments.

Other effects of the lockdown-induced “anthropause” attenuated pressures on wildlife who ranged more freely into areas that were void of human activity. The effects of reduced human mobility on captive zoo animals and animals used for recreation and entertainment, such as horses, also provide areas of research on pandemic-related effects.

All of the above examples touch on convergences between the health, welfare, and well-being of people, other animals, and the environment, in light of the anthropogenic changes that are placing both human and nonhuman animal lives and livelihoods at risk. For this Special Issue, we seek research that investigates the causes, impacts, and connections between, on the one hand, animal welfare and human-animal relationships, and on the other hand, pandemics (including COVID-19), climate change, and other disasters. We seek submissions that query and address the various nodes, junctures and crossings that exist between these various factors. Potential topics areas might include, but are not limited to:

• Challenges to animal welfare due to the coronavirus
• COVID-19 implications for animal welfare or human-animal relationships
• Climate change implications for animal welfare or human-animal relationships
• Conservation, habitat loss and biodiversity redistribution
• Conservation efforts and animal welfare in the Anthropocene
• Pandemics and wildlife trafficking, trade and consumption
• One Health approaches to disasters and crises
• Animal welfare during pandemics and other disasters
• Effects of pandemics and other disasters on companion animal care
• Habitat and biodiversity loss and redistribution
• Results of the “anthropause” lockdowns
• Behavioral changes of zoo and companion animals during COVID-19
• Shelter adoptions and abandonments during COVID-19
• Social isolation effects and stresses
• Pandemic effects on industrialized agriculture, including fur farming
• Results of fires, floods, and other disasters with anthropogenic causes
• Intersectional social justice models with considerations for all species
• Ways forward: Programs, policies and plans


Looking to Publish your Research?

View the latest tweets from tandfbiosci

Contribute to an international journal publishing research on alternative #husbandry systems focusing on #biological and #organicagriculture, #horticulture and #forestry....

Read more
0
0
19 minutes ago
Contribute to an international journal aiming to integrate #foodscience with #nutrition and the impact of #nutritionalscience on #foodproducts #development and #processin...

Read more
0
1
49 minutes ago
Contribute to an international journal that disseminates current developments and trends in the area of #naturalproducts derived from #terrestrial and #oceanicplants, #an...

Read more
0
1
about 1 hour ago
RT @Jhortscib: 📢 The Journal of Horticultural Science & #Biotechnology are advertising for the post of Senior Editor! For more details on…