Submit a Manuscript to the Journal
Howard Journal of Communications

For a Special Issue on
Tupac Shakur 25 Years Later: Explorations of a Hip Hop Icon and Identity Politics 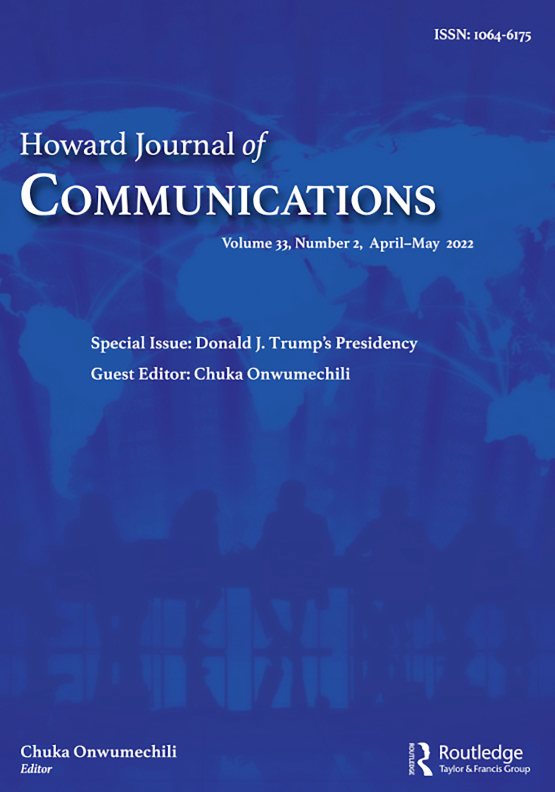 Tupac Shakur is remembered for many things. Rapper. Actor. Poet. Thug. Scholar.
Moreover, while Shakur was “one of hip-hop’s most successful and influential artists, with more than 75 million records sold worldwide (Against All Odd, 2022, p. 4), he was also remembered as a contradiction. Known for his anthem to black womanhood, Dear Momma, Shakur was found guilty of sexual assault. As the son of Black Panther, the late Afeni Shakur, Tupac spoke out against gun violence, and yet songs such as Death Around the Corner promoted the use of violence. Beyond his enigmatic persona, his body of work, 25 years after his untimely death, still leaves questions for exploration.

Since Tupac Shakur died in 1996, there have been a variety of conferences, including a 2006 book, Holla If Ya Hear Me: Searching for Tupac Shakur by Dr. Michael Eric Dyson, and major symposia such as The Tupac Amaru Shakur Conference: Hip Hop, Education and Expanding the Archival Imagination held in 2012 at Clark Atlanta University that sought to examine the life, times, and music of this hip-hop icon. Research on Shakur has explored his lyrics as “death narratives” (Morrison, 2003), “Shakur as contradiction,” and the meaning and significance of Makaveli (Morrison & Dangerfield, 2007), “Shakur’s tattoos as nonverbal rhetoric” (Morrison et al., 2010) and “teaching a Tupac Shakur course” (Morrison, 2012).

We propose that this volume re-examine the importance and significance of Shakur’s lyrics and his image as a hip-hop icon 25 years after his death. Moreover, this proposal further explores the changing meaning and significance of Shakur’s identity politics as rapper, actor, thug, and scholar. Given the contradictory nature of African American life in the Americas, this volume will further examine “Shakur as contradiction” to bring clarity and understanding to Black life, particularly among young people, in the 21st Century and in the context of a global pandemic. To that end, the issue portends gathering interdisciplinary scholars who will interrogate the complexity of identity in the life of the hip-hop artist through a communication/rhetorical lens/cultural studies.

Some of the questions we seek to address in this special issue (but not limited to) include:

Invited contributors will submit their 500-word abstracts and an author bio to Carlos D. Morrison ([email protected]) and W. Russell Robinson ([email protected]) by Monday, February 28th. Contributors will be notified no later than Wednesday, March 15, 2023. Essays will be approximately 7,000 words or 20-25 pages in length. All essays should be formatted utilizing the APA Style Manual with 12-pt. Times New Roman font. Final essay drafts are due by Friday, June 2, 2023.  Works considered may take the form of traditional academic research, i.e. textual analysis, audience reception analysis, critical perspectives, pop culture essays, digital humanities platforms etc.  This special issue, tentatively titled “Tupac Shakur 25 Years Later: Explorations of a Hip Hop Icon and Identity Politics represents an opportunity to explore further the intersectionality of culture, rhetoric, and identity politics by revisiting one of hip-hop’s most celebrated avatars. We anticipate that this volume will have two parts: Original essays (5-6) and book reviews. Selected essays will represent academic scholarship offering an analysis of Shakur related to the theme.

View the latest tweets from HowardJournal

RT @jtmediaready: The assignment: shoot, report and edit a package on the #JusticeBreyer retirement and possibility of the first Black fema…

7
0
363 days ago
An important read on the lived experiences of Indigenous people. https://t.co/sqVeFMWxDf

Read more
0
0
over a year ago
Fascinating read on skills college students have picked up over the course of the the pandemic. https://t.co/qZOLZzIyvf

Read more
0
0
over a year ago
An important read about how Asian Americans have responded to discrimination during the course of the pandemic. https://t.co/fA6sAo8upH