Submit a Manuscript to the Journal
Information, Communication & Society

For a Special Issue on
The Geopolitics of Chinese Internets 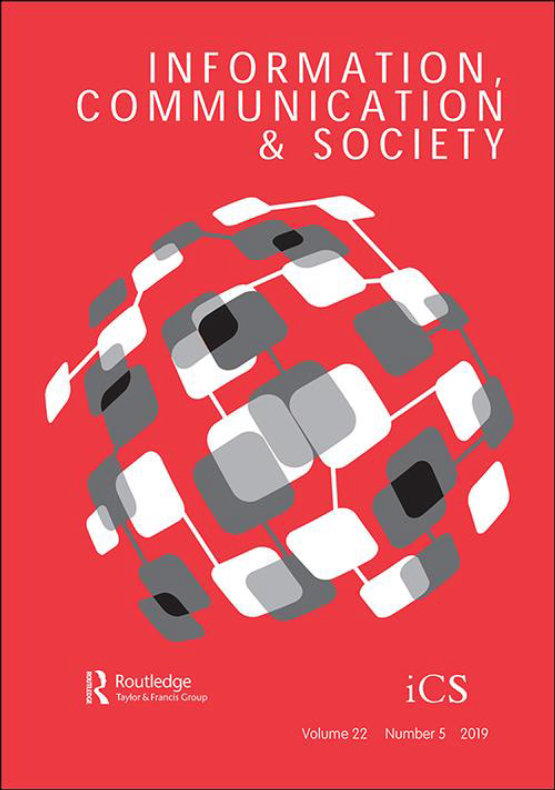 The Geopolitics of Chinese Internets

The Geopolitics of Chinese Internets

Conceptions about The Internet, powerful and popular as they were, seem to have ebbed away. The Great Firewall of China has more than withstood the test of time. It has multiplied into countless fault lines within the People's Republic, around it, and far beyond. The cosmopolitan cyberspace has vanished due to Beijing's policies and practices, as well as forces working against them. As a result, we now confront the complexity and contradictions of many Chinese internets, in the plural.

This iCS special issue calls attention to the geopolitics of Chinese internets, dissected through social, cultural, economic, discursive, and/or historical approaches; using qualitative, quantitative, and/or computational methods. By geopolitics we understand not only the role of nation-states and classic international relations but also evolving dynamics among private-sector and civil-society players as well as cultural communities of all kinds. In the ruins of a single unified network, be it Barlow's cyber-libertarian paradise or Beijing's "One World One Dream" à la the 2008 Olympics, we need to first map out the lines of demarcation between the Chinese and the others, and among the many Chinese Internets, separated through sociopolitical, geo-linguistic, technocultural, as well as ideological differences, which reinforce old divisions while producing new ones.

Examining geostrategic fault lines that mark out the uneven landscape full of disjunctures and tectonic clashes, we ask: What are the utility and limits of key notions such as sovereignty and security?  How and why do we get here? What's the balance between centrifugal and centripetal forces, between top-down control and grassroots movements? How to prevent discourses of conflict from being turned into actual wars between the internets? Is it still important to pursue peace and unity? If so, how?

We welcome submissions addressing topics that include but are not limited to:

Interested authors should submit an 800-word abstract by 9 August 2021. Please email your abstracts to Dr. Jack Qiu [email protected] while copying his assistant Ms. Wang Ziyi [email protected] Abstract screening decisions will be made by 23 August 2021. Selected abstracts shall be developed into full articles and submitted online through http://mc.manuscriptcentral.com/rics under the special issue title "Geopolitics of Chinese internets" by 25 October 2021. All articles will then go through the journal’s standard peer review process. Please follow the Instructions for Authors as published in iCS website. Our plan is to publish this special issue by the end of 2022. For inquiries please contact Dr. Jack Qiu and Ms. Wang Ziyi using the emails above.

View the latest tweets from icsjournal

Read more
2
3
13 days ago
RT @icsjournal: ✨The latest @icsjournal 24(3) issue is #outnow - with articles on a wide variety of topics, such as online nationalism, Ins…

4
0
13 days ago
✨The latest @icsjournal 24(3) issue is #outnow - with articles on a wide variety of topics, such as online nationalism, Instagram humanitarianism, sentiment sharing on ...