Submit a Manuscript to the Journal
Integral Transforms and Special Functions

For a Special Issue on
Geometrical Wavelet Transforms: Theory and Applications 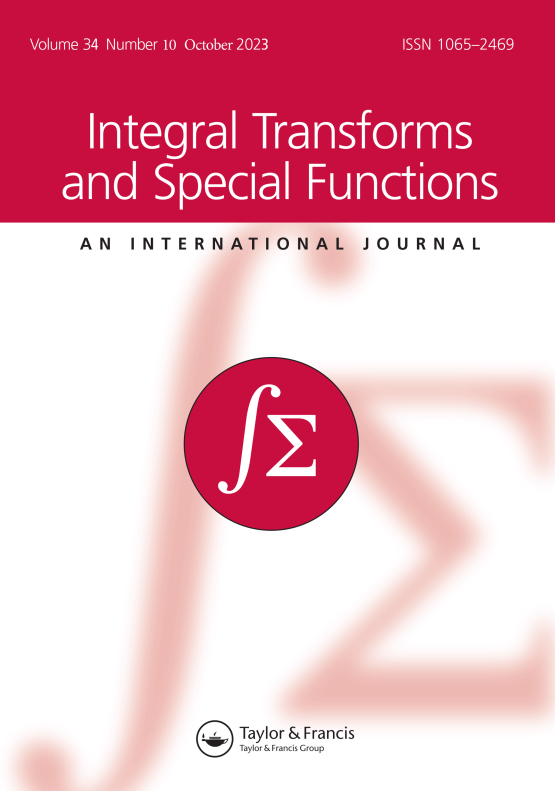 Undoubtedly, wavelet transforms have fascinated the scientific, engineering and research communities both with their versatile applicability and lucid mathematical framework. However, they perform well only at representing point singularities and are incompetent to handle the distributed singularities such as curves or edges in higher dimensional signals. The intuitive reason for this inadequacy is that wavelets are isotropic entities generated by isotropically dilating the mother wavelet and as such, they ignore the geometric properties of the structures to be analyzed. Therefore, the conventional wavelet approach is inadequate while dealing with multi-dimensional signals, wherein the primary interest is to efficiently capture the geometric features like edges and corners appearing due to the spatial occlusion between different objects. As such the key problem in multi-dimensional signal analysis is to extract and characterize the relevant geometric information regarding the occurrence of curves and boundaries in signals. In this context, many directional representation systems have been developed and successfully employed from time to time. For instance, steerable wavelets, wedgelets, ridgelets, riplets, curvelets, contourlets, surfacelets, flaglets, shearlets, bendlets and taylorlets are the most notable ones which are collectively referred to as the X-lets or the geometrical wavelets. The underlying integral transforms are collectively referred to as the geometric wavelet transforms. Another elegant approach to deal with multidimensional signals is offered in the context of Clifford analysis which encompasses all dimensions at once contrary to the usual multi-dimensional tensorial approach with tensor products of one-dimensional phenomena. This true multi-dimensional nature allows for a unique construction of higher-dimensional wavelets and the development of the corresponding continuous wavelet theory. As of now, many lucrative developments of the wavelet transform in the realm of Clifford analysis have been witnessed, however, the theory is still in its infancy and is one of the hot spots of research in wavelet theory. Nevertheless, the signal synthesis capabilities of the geometrical wavelets can also be reasonably improved by intertwining them with some appropriate tools like fractional Fourier transform, linear canonical transform, special affine Fourier transform and so on.

The main purpose of this special issue is to provide a multidisciplinary forum of discussion among scientists who have been interested in harnessing the advantages of wavelets in higher dimensions under the flag of geometrical wavelet transforms. This Special Issue welcomes articles/review articles that are closely related to geometrical wavelets and their applications in diverse aspects of science and engineering.