Submit a Manuscript to the Journal
British Journal of Religious Education

For a Special Issue on
Genders, Sexualities and Religious Education: Theory, Policy and Practice 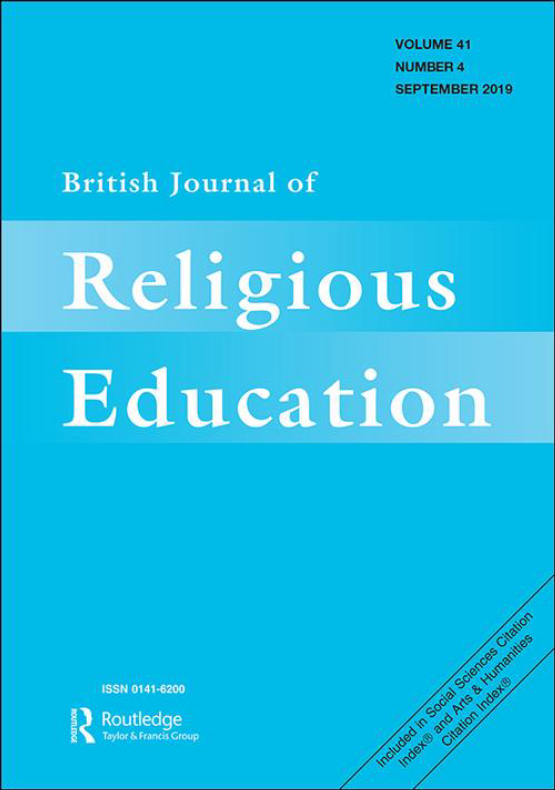 This Special Issue (SI) of the British Journal of Religious Education (BJRE) interrogates how Religious Education (RE), as an academic subject, engages with debates on genders, sexualities and religion, including non-religious stances. The pluralification of ‘genders’ and ‘sexualities’ in the call is necessary to capture the multifaceted manifestations and understandings of these ‘contested’ issues not only in RE but in education generally.  Further, it recognises the multiple and intersecting ways in which identity formation takes place which informs how people choose to be known and humanised. It highlights the dynamic ways in which personhood and being are intricately linked to how social categorizations of person inform, influence and often shape our understanding of others. By framing the key terms in the plural, the guest editors also hope to generate debate going beyond normative views of gender and sexuality, capturing ‘silenced’ voices, and therefore opening up nuanced debates towards a holistic understanding of a relative neglect in the discourse of RE (see Rose, 1999; Jaschok and Chan, 2009; Carvalho and Sívori, 2017; Katulushi, 1999; Cush and Robinson, 2014; Sporre, 2016). There are insights to be gained by examining how theory, policy and classroom discourse in RE engage with traditional and contemporary understandings and practices on sexualities (e.g. sexual orientations) and gendered discussions related to notions of ‘toxic’ masculinity and femininity and the politicisation of such debates (Waling, 2019; McCann, 2020). Equally important for critical reflection is how RE responds (or not) to the ways in which different religious and non-religious traditions deal with patriarchy vis-à-vis matriarchy in the discourse (see Shipley, 2017). We hope to tease out critical emerging issues in respect to identity and sexuality formation and how these interplay in fostering inclusive understandings in the theory and practice of RE, and with wider implications for societies.

For this SI we are keen to receive theoretical and empirical papers that critically examine how issues of genders and sexualities are conceptualised, actualised and debated in RE ‘texts’ (e.g. policy, textbooks and curriculum/syllabus) and classroom discourse in different socio-cultural, religious and global contexts (e.g. Global South and Global North), including the ways in which these debates manifest in both faith-based and non-religious based education in schools, teacher education and higher education/universities. The scope of the SI is inclusive to enable scholarly explorations across different fields and theoretical perspectives. The guest editors invite scholars, researchers, policy-makers and practitioners from a range of disciplinary perspectives working within and beyond RE in spaces where religion and non-religion intersect with genders and sexualities, including associated disciplinary areas such as Ethics/Moral Education, Values Education, Sociology of Education, Sex Education, Theological Education, Religious Studies and Women’s Studies. Some of the thematic areas to be explored are:

The SI aims to engender debates around these thematic areas. Papers submitted will be peer-reviewed following a double-blind process via BJRE ScholarOne.