For a Special Issue on
Development: Conceptual Issues, Processes and Determinants 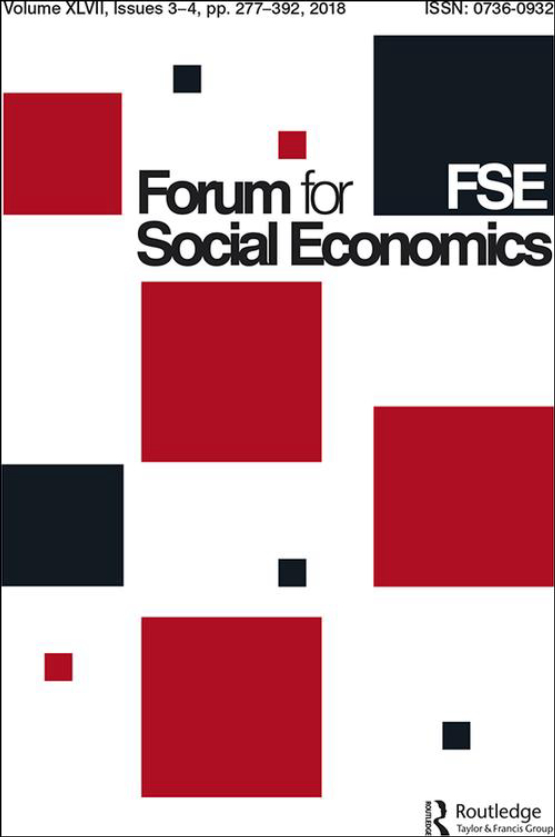 Analyses of the process of development – the understanding of its nature and its determinants - constituted a central issue within economics after WWII, with key scholars such as Arthur Lewis, Gunnar Myrdal, Albert Hirschman, among many others. From the end of the 20th century onwards, however, the discipline of economics witnessed a gradual disappearance or at least a certain ‘dilution’ of analyses of development. Among several possible factors, the concept of development itself fragmented over time, notably because the very object of previous analyses, i. e. the regions viewed as ‘developing’ (in the aftermath of the Cold War ‘Third World’) dissolved into multiple categories – ‘transition economies’, ‘emerging economies’, ‘Global South’, among several qualifications.

The concept of development itself also became uncertain as a plurality of approaches claimed their superior relevance regarding the analysis of phenomena related to ‘development’. Mainstream economics thus merged analyses of development processes within different sub-fields of economics, in particular growth economics, microeconomics or experimental economics. ‘Development microeconomics’ - usually based on surveys or the building of databases (more rarely on genuine fieldwork) – as well as studies based on randomised controlled trials (RCTs) have thus become preeminent in mainstream publications centred on development from the early-21st century onwards, in the context of an ‘applied turn’ explicitly valued by mainstream economics. The ‘big picture’ of development, the debates on its nature and determinants, thus slowly vanished and became replaced by a multiplicity of publications on micro-empirical studies (e.g., irrigation systems in the region of X, intrahousehold food distribution in the village of Y, etc), critical reflections on concepts and non-empirical studies being openly rejected by the main academic journals focused on development.

On the other hand, the influence of heterodox economic approaches regarding development has remained limited, in particular because, for historical reasons, heterodox economics is characterised by the heterogeneity of the various currents that constitute it (post-Keynesian, institutional, evolutionary, complexity economics, among others) and because, though key thinkers of heterodox economics had strong interests in development (e.g., Joan Robinson, Nicholas Kaldor, Michal Kalecki, Hans Singer, Raul Prebisch), analyses of development also progressively disappeared from the core agenda of heterodox debates during the second half of the 20th century – the concept being rather ‘laterally’ addressed via, for example, analyses of innovation, industrialisation, technology or industrial policies.

In this epistemic context, this Call for Papers aims at gathering articles that reflect on the nature and process of economic development. These articles will show that heterodox perspectives include dynamic research and questionings, and that the exploration of original topics, methods and different disciplinary fields, rather than an ‘economic imperialism’, can induce innovative and relevant approaches both in terms of scientific rigour and policy implications.

Research that follows from the above considerations is welcome, for example regarding: the validity of the concept of development itself or that of ‘developing economies’; the renewal of heterodox macroeconomic approaches of developing countries and reflections on the role the state and public policies; the possibility of critical microeconomic approaches; the contribution of other disciplines or fields of research to a better assessment of the concept or processes of development (such as research on networks, complexity, geography, political economy, economic sociology, among others). Articles on other topics or approaches are of course also welcome provided they are related to the theme.

Papers may be either conceptual or empirical, though such a distinction may in fine be invalid as deep and significant empirical studies always include theoretical dimensions. Equally, articles may focus on a specific issue within the broad field of development. Papers highlighting the policy implications of their analyses are also welcome. Articles may focus on all regions of the world that in the ordinary language remain coined as ‘developing’ - Africa, Eastern Europe, Asia and the Pacific, or Latin America.

If you are interested in submitting an abstract or have any questions, please email the Special Issue editor.
As a first step of the submission process, please email paper title and abstract to the editor. Alice Nicole Sindzingre: [email protected]

All papers will be subject to double-blind peer review. All papers must be submitted online through the journal website: https://www.tandfonline.com/journals/rfse20

Papers must be no longer than 7500 words (excluding footnotes, bibliography and tables). They must meet the ‘Aims and Scope’ of the Journal.