For a Special Issue on
Exploring educational leadership and policy through Actor-Network Theory: On being ANTish in the ELMA field 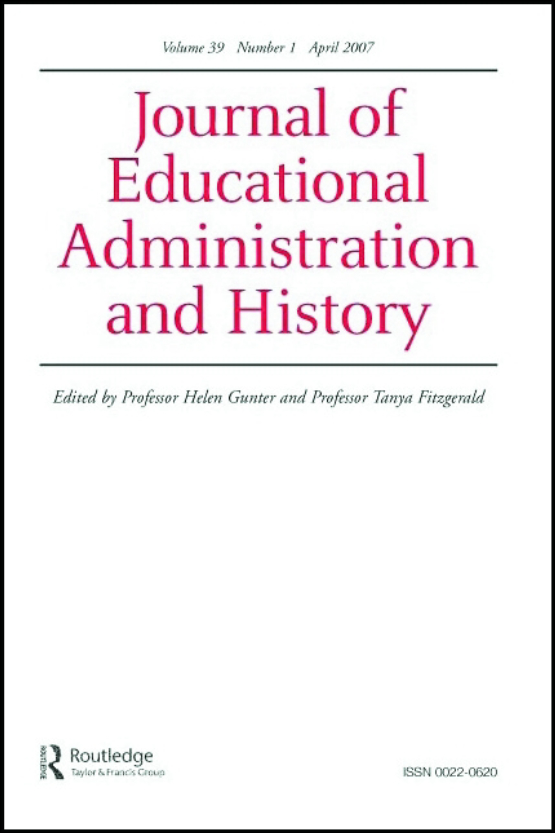 Exploring educational leadership and policy through Actor-Network Theory: On being ANTish in the ELMA field

ANT sensibilities call for particular kinds of descriptions – the assembling, disassembling, and reassembling of associations – with ANT giving the possibility of expansion to what is worthy of description. ANT sensibilities comprise a different relationship to theory, rejecting the top-down mobilization of theory to explain, rather than to facilitate further examination, and as such revealing relationships and the presence of power and policy in such relationships. ANT theorists regard the reliance on theory to ‘frame’ reality as constituting the failure of research to sufficiently trace associations and connections. ANT sensibilities empower all actors with a voice to speak their sociologies, being especially concerned with the discursively and materially heterogeneous ‘world-making’ activity of actors. ANT flags up “what actors achieve by scaling, spacing, and contextualizing each other” (Latour 2005, p. 184, original emphasis). ANT sensibilities raise the question of politics in research, with knowledge itself being an actor-network, and with a view that “Ways of knowing including science cannot be, ‘neutral,’ whatever that might” (Law, 2021, p. xvi).

Consequently, “Though sometimes decried as apolitical, ANT has the potential to open the door for more subtle kinds of political engagements … It encourages questions about the kinds of worlds we are helping to make and legitimate in our accounts, and the ways in which we are helping to compose and reconfigure the very communities, processes, and actors under our ethnographic gaze … [with] ethnographic research act[ing] in and on the world” (Baiocchi et al. 2013, p. 337, original emphasis). ANT consequently becomes a tool to expand the description of policy, policy in this context seen as continuous assemblages of interest and priorities, negotiations, and struggles, taking place in networks and relations.

In our writings (Mifsud 2014, 2020; Jober, 2018), we choose to employ the all-encompassing definition given by Fenwick & Edwards (2010), to employ “ANT as a marker – understood to be a contingent and conflicted signifier – for approaches that share notions of symmetry, network broadly conceived, and translation in multiple and shifting formulations” (p. 3). In this sense, “the infralanguage of ANT is seen as a tool to help explicate, amplify, and link – not as a detailed series of rigorous, cohesive, general, and substantive claims concerning the world” (Sayes 2014, p. 142). ANT could therefore function as a valuable lens when researching the contested, diffuse field of education, leadership and policy - sensible to what is explicated, amplified and linked. ANT thus helps researchers reflect on the different kinds of connections and associations created among things; the networks produced through these connections; in addition to the different transformations and sometimes twisted ends served through these networks. ANT can demonstrate how assemblages in educational practices can be simultaneously made and unmade, with unconventional forms and spaces taking shape and developing strength (Mifsud 2020).

Fenwick & Edwards (2010) firmly believe that ANT offers invaluable insights when taken up by researchers in the education arena, mainly due to its mutations into a “highly diffuse, diverse and contested set of framings and practices” (p. 1). They regard ANT as “a virtual ‘cloud’, continually moving, shrinking and stretching, dissolving in any attempt to grasp it firmly ... [it] is more like a sensibility, a way to sense and draw nearer to a phenomenon” (p. 1). ANT approaches generate unique analysis of educational reform by tracing the rich material trajectories of the actors being followed by the researcher. Moreover, ANT’s language can open up new questions, following an approach that enables the researcher to “discern the difficult ambivalences, messes, multiplicities and contradictions” (Fenwick & Edwards 2010, p. 1) entrenched in numerous educational matters, not least in the policy field.

ANT claims “no final word, no line to draw under an analysis to bring it to a close, no necessary completion of accounts ... no necessary end to the elements that may contribute to a network” (Lee & Stenner, 1999, p. 93), a feature also noted by Strathern (1996). It is this infinity of ANT that makes it ideal for educational research, coupled with its de-centring which is better understood as a method of analysis. The centredness of agentic responsibility is dispersed among interdependencies and co-responsibilities, while the unpredictable nature of responsibility, dependency and ownership are set in motion, a view we claim is under-research within the field of educational policy.

In this special issue, we are looking for papers on how researchers apply ANT to explore issues related to educational leadership and policy enactment and performance. Typical lines of inquiry authors may follow (though not restricted to these only) are:

Literature reveals that ANT is still relatively under-utilized in in the ELMA field in general, and in policy issues specifically (Thomson, 2017). In the words of Fenwick & Edwards (2010, p. 1), it is “not terribly familiar” in education studies, being taken up “sporadic[ally] rather than [in a] sustained [manner]”. ANT may turn out to be an invaluable resource in the field of education studies, especially in the ELMA field, as ANT-ish researchers are showing the “multiple heterogeneous layers and fragile connections that make up the ‘actants’ of education”, as well as “signalling new ways to frame educational problems, and new entry points for interventions” (ibid, p. 164).

Contributions that employ intersectional/historical and/or socially critical lenses are particularly welcome. We are especially keen to gain a range of perspectives from across the globe and within varied educational settings.

Aligned with the scope and aims of the Journal of Educational Administration and History, we invite contributors at different stages of their academic career to submit abstracts from a range of conceptual, theoretical, and/or methodological positions. Please refer to JEAH’s aims and scope before crafting a submission.

Abstracts (up to 400 words, excluding references) are to be emailed to the lead special issue editor, Dr Denise Mifsud at [email protected].

Select ‘Special Issue Title’ when submitting your manuscript to ScholarOne.

RT @drvicclarke: 1/ A thread about how to judge if your qualitative data are rich (& what does that mean?!) & some tips for what to do if t…

389
0
7 days ago
RT @DeniseMifsud4: Read my newly published article co-authored with @StephenPaulDay in the International Journal of Leadership in Education…

13
0
7 days ago
RT @educationarena: Submit to a special issue of the Journal of Educational Administration & History, aiming to contribute to global debate…

4
0
8 days ago
RT @ThomsonPat: We’ve used #creativemethods to communicate the emotional experiences of leading schools in and through lockdown. Open acces…