Submit a Manuscript to the Journal
Journal of Sustainable Tourism

For a Special Issue on
Evidence-based sustainable tourism: Governance, policy and practice 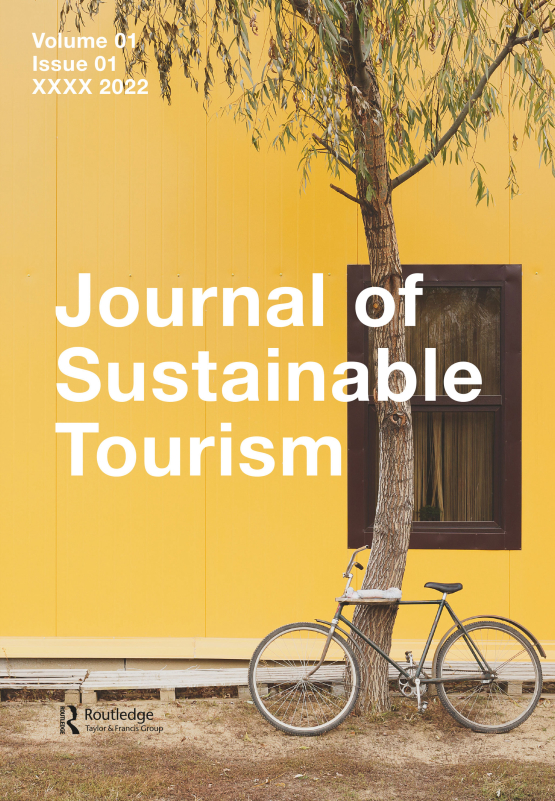 For decades and increasingly over the most recent years, the academic community and international organisations in tourism (such as UNWTO, WTTC, GSTC etc) have been advocating for a better link between scientific evidence, knowledge creation, and decision-making as a key driver for a sustainable transformation of tourism (Blackstock et al., 2008; Kristjánsdóttir et al., 2018; Miller, 2001; Miller & Ward, 2005; Roberts & Tribe, 2008; UNWTO, 2004). A number of government and non-government actors, including statistics bureaus, accreditation/certification bodies and universities, have claimed authority in knowledge making in an attempt to develop evidence informed sustainable practice in tourism.

While advancements have undeniably been made, one persisting issue centres on how to measure and monitor sustainability in tourism practice at the business level, at destination level and beyond (Blackstock et al., 2008; Castellani & Sala, 2010; Hsu et al., 2020; Szuster et al., 2020; Torres-Delgado & Palomeque, 2014, 2018; Torres‐Delgado & Saarinen, 2014). The recently completed Special Issue of the Journal of Sustainable Tourism on “Sustainable Tourism Indicators” (Guest Editors: Graham Miller, Anna Torres-Delgado) includes a number of case studies on innovative indicators to monitor sustainable tourism. Our Special Issue builds on these observations and reflections, and expands them into the areas of impact, decision and policy making, governance and practice. In an omnipresent value-based political context, it needs to be questioned whether the type of evidence collected is conducive to the targeted transformations sought. There is little point in collecting evidence for evidence sake and thus, the question of whether, how and to what extent evidence is applied in policy, destination management and corporate decision making must be raised. For example, Font et al. (2021) explore how Destination Management Organisations (DMOs) have adopted and integrated sustainable tourism indicators into their processes and operations; Gasparini and Mariotti (2021) shed some light on the role of indicators in the policy making process. It is also of relevance in this context to examine whether and how evidence-based decision making influences business practice and tourists’ behaviour (Peters et al., 2020; Rasoolimanesh et al., 2020). Finally, it is necessary to reflect which sort of evidence, and which research objectives and research designs for this matter, produce robust evidence that is more easily transferrable into calls for action (Gallego & Font, 2021; Higham et al., 2021).

More generally speaking, the call for evidence-based policy, or for a more modest evidence-informed policy (Head, 2016), is predicated on ensuring that interventions are informed and underpinned by scientific and empirical evidence that determine the course of action to be taken. As Marchionni and Reijula (2019) point out, evidence-based policy (EBP) suggests that policymakers select policies on the basis of the best available (external) evidence. Unquestionably, because of policy making’s inherent political nature, the politics of evidence-based decision making has an overarching influence on the evidences that are employed to justify policy prescriptions (Parkhurst, 2017). Saltelli and Giampietro (2017) outline the constraints of evidence-based approaches citing that “too often evidence based policy turns into its opposite, policy based evidence”. Consequently, while evidence based policy can help guide decision making and policy development, it is far from a silver bullet; nonetheless, it is desirable over ad hoc policy outcomes. Triggered by the 1.5ºC / 2ºC target for limiting global warming defined in the Paris Agreement, a related discussion on the role of “science-based targets” (i.e., targets that are realistically achievable, measurable/quantifiable and supported on scientific grounds) in policy and practice has emerged and gained in prominence recently (Andersen et al., 2021; Rockström et al., 2017). The implications of this discussion for a more evidence-informed decision making in tourism are yet to be assessed in depth.

We welcome informed and nuanced conceptual reflections as well as innovative empirical and theoretical perspectives on the topic. We seek papers that go beyond merely descriptive case studies, and instead, adopt critical perspectives that contribute to sustainable tourism theory development, and examine the effectiveness of practical initiatives thus far.

Papers reflecting on the following issues and phenomena are very welcome, although submissions on related topics will also be considered:

The Special Issue will consist of a mix of invited and open submissions.

Expressions of interest are welcome in the form of a structured abstract (250-350 words, excluding references), by 15 April 2022 to be sent to the co-editors, Michael Volgger ([email protected]), Joseph M. Cheer ([email protected]) and Christof Pforr ([email protected]). Abstracts should also include the title, authorship, author affiliation(s), contact information of all authors and four to six keywords. For those who are invited to prepare full manuscripts, the deadline for the submission of full papers will be 31 October 2022.

All full paper submissions will be subject to the normal peer review processes of the Journal of Sustainable Tourism.

RT @AlejndraBlack: If your institution doesn't have access to @tandfonline's SS&M journals consider bringing it to your Librarian's attenti…