Submit a Manuscript to the Journal
European Societies 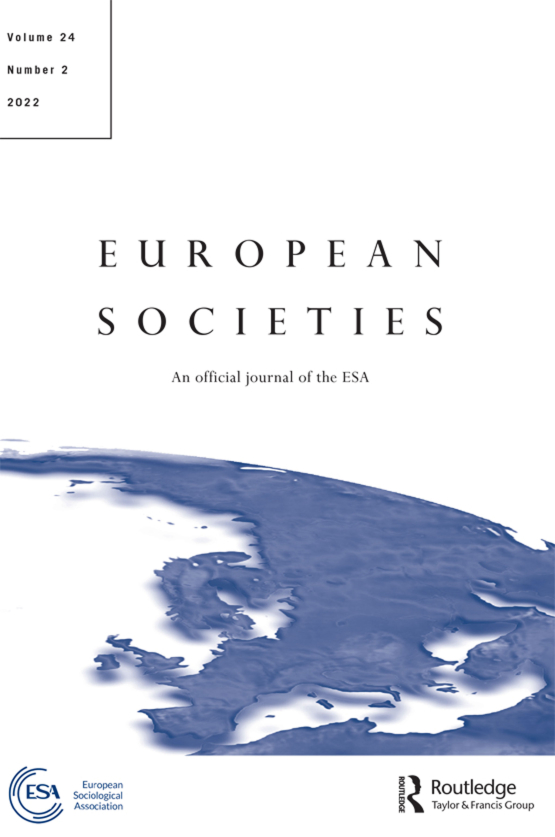 Understanding Ukrainian Society Before and After the Russian Invasion

The resistance of Ukraine against the Russian invasion has surprised politicians, scholars, pundits, and public intellectuals in many countries. Sociological scholarship was not prepared to address and explain this resistance. Ukrainian society has been understudied and underrepresented in mainstream sociological scholarship. Yet, local studies have shown that Ukrainian society has changed significantly after the Euromaidan protests of 2013–14 (also known as the Revolution of Dignity) and after Russia’s annexation of Crimea and part of Donbas in 2014. The outbreak of war in 2014 caused numerous deaths among armed forces and civilians, while internally displacing millions of Ukrainians. These tragic events also forged a new civil society, reshaped government, and increased professionalism of the military. A new wave of volunteers and NGOs profoundly shaped individual participation in social and political spheres. A number of crucial reforms were implemented in different spheres: education, health, public procurement, armed forces, governance, etc.

To address this gap between local studies and mainstream sociological scholarship, European Societies opens a call for papers to a special issue to enhance our understanding of Ukrainian society and the causes and consequences of the Russian invasion. We invite submissions to address several lines of research questions. We particularly (but not exclusively!) welcome submissions on:

Civil society. What role civil society played in Ukraine during the post-socialist transformations, during the Orange revolution in 2004, Euromaidan revolution in 2014, the war in Donbas, and the current invasion? To what extent local and international NGOs shaped policies and political decision making, what is the role of volunteering organizations in shaping resilience during the war?

Media. What role did mainstream and online media (including Telegram chats) play in shaping Ukrainian public opinion and electoral outcomes in Ukraine since the 1990s? What was the dynamic of ownership and governmental control of major media holdings in the course of Ukrainian history? What was the role of fact-checking and prebunking initiatives such (e.g. StopFake, VoxUkraine, Detector Media) in shaping current response to informational warfare and media campaigns in Ukraine?

Culture, values, social norms. What is the place of Ukraine in comparative research on culture, values, trust, and religion? To what extent is Ukraine similar or different from other European societies, and will the European “cultural map” be changed due to the current events?

Gender and other equalities, gender-based violence. What are the successes and challenges of gender equality implementation in various spheres of society, including the armed forces? What other inequalities (LGBT, age, ethnicity, etc.) are important to understand Ukrainian society?

Humanitarian crisis and migration. What is the response of Ukrainian society in terms of stress and traumas? What is the state of displaced Ukrainians and refugees? What is the immediate and long-term impact of war on migration, health, and socioeconomic inequalities in Ukraine and hosting countries?

Identities. What was the role of national, regional, and local identities in shaping Ukrainian society from the early 1990’s until the present? To what extent are identities connected with political polarization, national mobilization, and resilience during the war?

Social stratification and mobility. What was the social structure of Ukraine before the war? What kinds of inequalities were crucial for educational attainment and job market outcomes? What is the dynamic of intergenerational social mobility in Ukraine, and to what extent does social stratification influence the political attitudes of Ukrainians?

In addition to this, we are interested in manuscripts that address global consequences of this war for Europe and the world in terms of global migration, agricultural crisis, international trade, but with focus on Ukraine (e.g. to what extent the blockade of Ukrainian ports influences the agricultural crisis in Global South).

We consider manuscripts that come in one of three forms:

If you are interested in submitting a manuscript proposal for this special issue, please send an abstract of 500–1,500 words (or your full manuscript if already available), outlining the manuscript’s contents, including its methodology, data to be used, and fit with this special issue, alongside a 50-word author biographical statement, to [email protected].

The timeline is as follows: We will consider abstracts until July 31, 2022 on a rolling basis. Authors who are invited to submit a full manuscript must do so by September 30, 2022. Articles will be published on-line in December 2022 at the latest. Authors submitting a manuscript to the special issue must confirm that their manuscript is not under review at another journal.

Authors of selected manuscripts will be invited to participate in an on-line conference on the topic of the special issue in late 2022.

View the latest tweets from EuroSocieties1

RT @mara_yerkes: Great new article on social innovation and the capabilities approach, which will also be useful for our @ERC_CAPABLE proje…

1
0
3 hours ago
RT @laramaest: This is a great achievement for all our #RecerCaixa team Raquel Gallego @igopbcn we hope you will enjoy our contribution on…