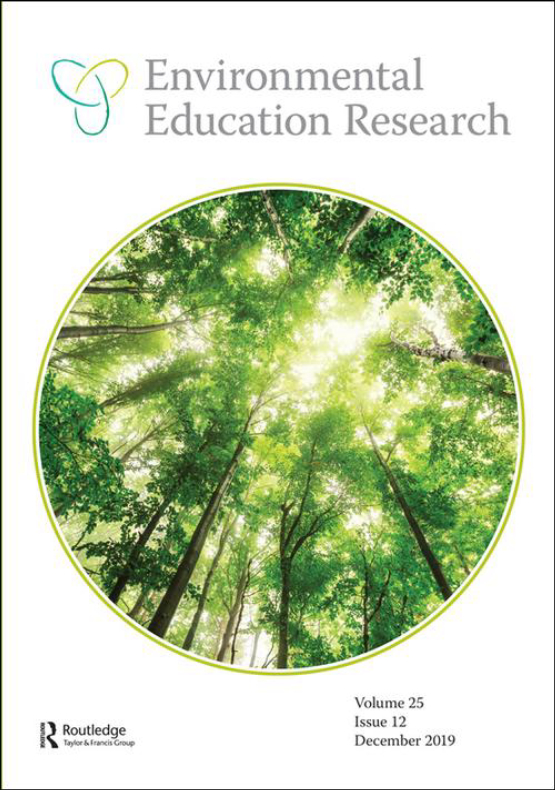 Environmental and Sustainability Education (ESE) in the English-Speaking Caribbean

The Caribbean region is comprised of what is said to be the largest number of Small Island Developing States (SIDS), alongside the non-island nations of Belize, Guyana, and Suriname (Benjamin, 2010; Rhiney, 2015). Although diverse with respect to governance, size, topography, and income, the region has a common set of geographic and socio-economic characteristics that make the Caribbean vulnerable. These characteristics include low-lying areas vulnerable to sea-level rise, geographic positions in hurricane and seismic zones, scarce land resources, population and industry concentrations in coastal areas, small domestic markets, and susceptibility to international trade (Benjamin, 2010). In addition to these vulnerabilities, the region is also said to be characterised by inequalities. “Inequality, while existing the world over, constitutes a particular hindrance to the fulfilment of potential in this region. The region’s gaps are structural ones: low productivity and an infrastructure deficit, segregation and lags in the quality of health and education services, persistent gender gaps, inequalities affecting minorities and geographical territories, and impacts of climate change that are felt most heavily by the poorest sectors in society” (UN ECLAC, 2016, p. 7).

Further to these particular vulnerabilities, there are various phenomena that pose critical sustainability challenges, two of which are climate change and crime and violence. Cambers (2009) has voiced that “climate change is one of the most critical issues facing the Caribbean region where rising sea levels, increasing mean temperatures and changes in rainfall and weather patterns, are already being experienced” (p. 168), and points to the likelihood that the associated hazards will increase in frequency and intensify in severity. Impacts of climate change and its related hazards include heat stress, droughts, storms and hurricanes, coastal erosion and coastal flooding. Violence is a second critical sustainability issue that threatens the post-independence development of nations in the region (UNDP, 2012).

As a consequence of issues such as these, these nations should be driven by developmental policies that ensure social inclusion and equity, good governance, and environmental sustainability whilst pursuing economic prosperity. Additionally, they need Environmental and Sustainability Education (ESE) that supports a holistic developmental perspective by engendering knowledge, awareness, values and attitudes, skills, and behaviours that support sustainability. Given the particular characteristics of the region, phenomena such as climate change and crime and violence, and other sustainability issues such as biodiversity loss, pollution, and waste management, there is a need for ESE that is responsive and relevant to the cultural, environmental, economic, and social realities of the Caribbean.

As a corollary to this, there is a need for research that is not only undertaken but that is also disseminated to offer a strong empirical evidence base that can inform policy-making, decision-making, and education imperatives in the field. Research in the field of ESE in the Caribbean region has been steadily growing from the 1980s onwards and, in particular, gained added momentum during the United Nations Decade of Education for Sustainable Development (UN DESD) (2005-2014). Various facets of ESE have been explored by researchers and practitioners, including, climate change education (e.g., Bynoe & Simmons, 2014; Ferguson & Bramwell-Lalor, 2018); teacher education (e.g., Collins-Figueroa, 2012; Hordatt Gentles, 2018); community-oriented learning (e.g., Down, 2010); and ESD infusion (e.g., Cambers et al., 2008; Lee, 2008), to name but a few.

This Special Issue of Environmental Education Research is being proposed to further the region’s research agenda by offering a forum where empirical as well as theoretical contributions can be shared. In this regard, this Special Issue, which will focus on the English-speaking Caribbean region, will provide a seminal forum for both established and emerging researchers, as well as practitioners, to share empirical research findings and theoretical contributions across a range of areas.

Papers may address questions such as:

*We also welcome concept papers or empirical papers on government policies that have been formulated to support ESE in the region.

View the latest tweets from @eerjournal

Start the week with a #criticalcommentary on #WorldEnvironmentDay, Declarations and more by the @eerjournal senior editors "Scientists’ warnings & the need to reim...

Read more
0
3
4 hours ago
"Why sustainability is not enough in international education" Not just a matter of reducing the carbon footprint of #internationaleducation? Neat piece on what a regene...

Read more
0
0
9 hours ago
RT @drkellyallen: This week our book was featured by the @theheraldsun @dailytelegraph @Australian + @SkyNewsAust but they "forgot" to ment…