Submit a Manuscript to the Journal
Energy Sources, Part B: Economics, Planning, and Policy 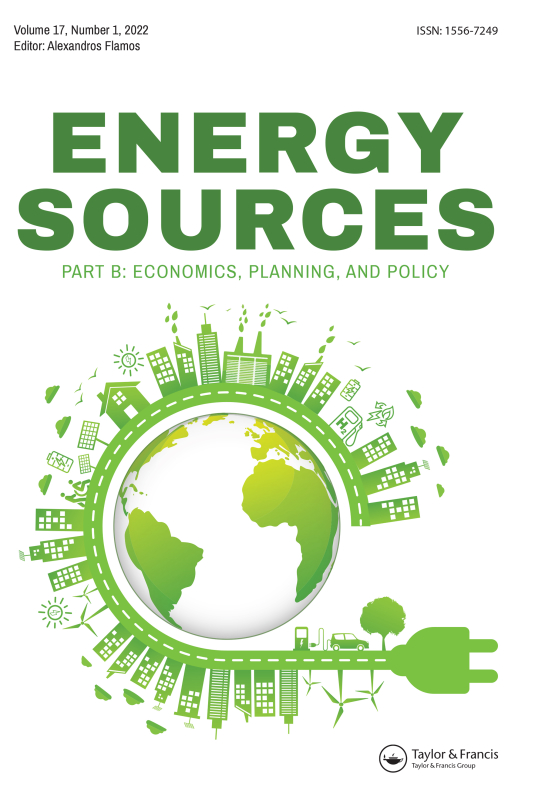 Socioeconomic Dynamics of Hydrogen Energy in the context of COP26

COP26 elevated the hydrogen economy to the forefront of energy transition narratives, and hydrogen energy has garnered significant policy attention as an alternative fuel in economies worldwide. Across countries, a deliberate push toward a hydrogen economy has been made as a means of decarbonizing vital areas of the economy such as electricity, industry, and transportation (Sandri et al., 2021). Along with hydrogen economy development, nations such as Japan have attempted to incorporate hydrogen economy into society, a process dubbed ‘hydrogen society’ (Oliveira et al., 2021; Trattner et al., 2022), with hydrogen as a secondary energy source being prioritized in Japan's Strategic Energy Plan. Projections show that hydrogen will play a crucial role in achieving energy transition targets through the integration of renewable energy by 2030 (Kar et al., 2022).

Hydrogen energy is not a primary energy source, still adoption of hydrogen energy as a substitute for fossil fuels could be a significant step toward decarbonization and meeting the energy sector's needs. When compared to other options, hydrogen can be an excellent choice in a variety of fields, such as achieving low carbon objectives, cheaper and affordable greener energy (SDG-7), energy security etc. (Yusaf et al., 2022). It serves as a secondary 'energy carrier,' like electricity, in that it must first be produced using energy from another source before being delivered to a location where its latent chemical energy may be completely realized. It can be stored as a fuel and used in transportation and distributed heat and power generation systems, with the sole by-product being water at the site of use (Jacobson et al., 2005).

Hydrogen can be obtained from a variety of renewable and non-renewable sources. Hydrogen can be produced using, solar, wind, hydro energy. Various processes such as thermochemical, electrolysis, direct solar water splitting, and biological process are used to produce hydrogen energy. Electrolysis can further be divided into water electrolysis and electrolysis using molten salt. The solubility of steam in high-temperature molten salt electrolytes, followed by the electrochemical reduction of the dissolved hydrogen ions, provides a low-cost and environmentally friendly method of producing hydrogen at such a low voltage. Using molten lithium chloride as the electrolyte at 660 °C under a flow of moisturized argon, cyclic voltammetry is used to prove the electro-generation of hydrogen. Furthermore, hydrogen is produced by electrolysis of molten salt containing hydrogen ions with a nickel foam cathode at a constant cell voltage of 1.5 V and an 83.2 percent Faradaic efficiency (Xie & Kamali, 2022). Photocatalysis is also a promising technology. The structuring of TiO2 within carbon nanotubes in order to improve solar-driven hydrogen production (S-DPOH) via water splitting. The newly discovered Carbon-TiO2 nano-tubes (C-Ti-NTs) improves the practical uses of TiO2 composites under natural solar irradiation settings by improving UV and VIS absorption, lowering the needed bandgap energy, and reducing the possibility of photo-induced-charges recombination (Almomani et al., 2022). Other common method of hydrogen production is methane steam reforming. A study conducted explains a new methane steam reforming for pure hydrogen synthesis using molten salts as the heat transfer fluid (De Falco et al., 2021).

In the post-COVID-19 age, future energy industries should emphasize carbon emission neutrality and energy sustainability (Sharma et al., 2021). One of the most pressing concerns as nations band together to combat global climate change is the energy sector's transition from fossil-fuel reliance to a more sustainable carbon-free alternative. Recent progress reveals that advances in component and energy system energy efficiency modelling have substantially aided the creation of increasingly complex and efficient energy systems. The future smart energy system has been redefined to incorporate all energy sectors, paving the path for greater use of renewable energy. The efficiency and sustainability of energy systems may be improved by breakthroughs in smart energy systems, novel energy materials, and low-carbon technologies. Their effects on the environment, resource availability, and social well-being must be considered holistically and supported by a variety of solutions, in accordance with the United Nations' Sustainable Development Goals of Affordable and Clean Energy (SDG 7) and other related SDGs (1, 8, 9, 11,13,15, and 17) (Chong et al., 2022). Due to the expected improvements in affordable clean energy supply (SDG 7) and deep decarbonization in process industries, a hydrogen economy provides a cross-sectoral perspective. The ability to store hydrogen or derivatives of hydrogen is a game changer for the integration of large (Renewable Energy Source) RES shares, resulting in favorable effects on various SDGs through lower GHG and air pollution emissions (Falcone et al., 2021).

The Hydrogen energy plays a significant role in the Energy Transition in this endeavor. Hydrogen has 2.6 times the energy density of natural gas per kg. Several vehicle firms in various countries have been working on research, design, development, cost reduction, and other aspects of using green hydrogen as a future fuel in the transportation business, as well as other uses of hydrogen in manufacturing and agriculture. Climate change has hastened the development of hydrogen energy potential, notably in heavy-duty vehicles, where plug-in vehicles (those that use lithium batteries) are becoming more expensive.

Access to renewable energy and hydrogen is a requirement for decarbonizing the transportation and industrial sectors, and hydrogen is essential for maintaining a high level of economic activity. The influence of emerging technologies on the economy, as well as significant enablers and hurdles to this shift, should be are examined (Espegren et al., 2021).

There is a dearth of research and analysis on the socioeconomic effect of moving to a hydrogen economy (Sandri et al., 2021). How the green hydrogen economy develops within the framework of a wider renewable energy society and what the socioeconomic implications are for nations that accept hydrogen as an alternative fuel are yet unknown and have received insufficient scholarly attention thus far (Oliveira et al., 2021), as a result, there has been only limited evaluation of hydrogen energy from a larger socioeconomic perspective (Iribarren et al., 2016).

The SI shall particularly focus on the multi-study papers, but papers using either of review, conceptual, quantitative and qualitative shall all be considered.

View the latest tweets from tandfphysci

RT @tandfSTEM: Workshops are a great place to develop your SciComm skillset 👩🏽‍🔬 Luckily we at T&F have teamed up with @senseaboutsci to p…

7
0
2 days ago
Isotopes in Environmental and Health Studies invites your contributions to the Joint European Stable Isotope User Meeting, which will examine the applications of stable #...

Read more
0
0
16 days ago
The editors are delighted to announce that Philosophical Magazine Letters has converted to open access from August 24th, with an aim to increase visibility in the broad a...