Submit a Manuscript to the Journal
Irish Educational Studies

For a Special Issue on
Educational Disadvantage 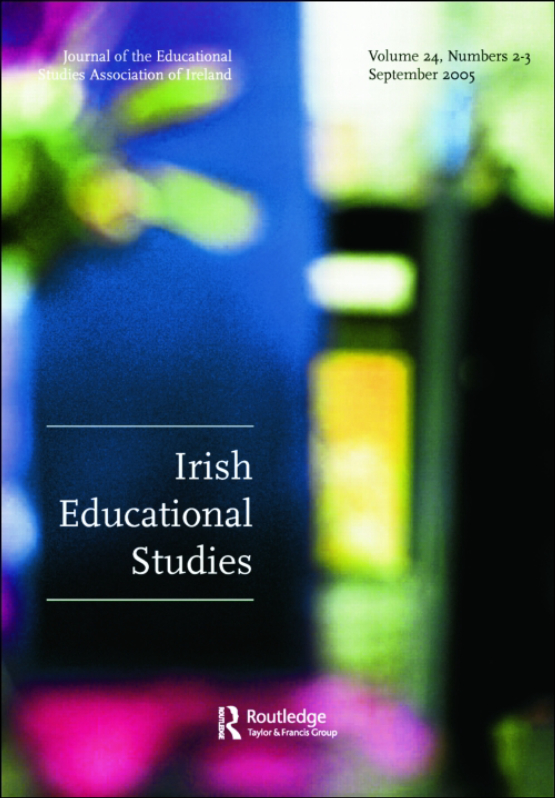 2022 marks the centenary of the emergence of an independent Irish state and thus an appropriate time to reflect on what a century of independence has meant for our education system. A number of milestones have been reached along the way, not least the introduction of free post-primary education in 1967,  a gamechanger in respect of access to education. However, while participation rates in second and third level education increased dramatically in the subsequent decades,  barriers to participation from those from socio-economically and educationally disadvantaged backgrounds remained. While marginal improvements have been made in the interim in terms of access to education, helped by once-off standalone initiatives, a comprehensive, ambitious policy approach which will bring about an equitable education system for all remains illusory.

This Special Issue of Irish Educational Studies provides an opportunity to reflect on how the education system operates, who it serves and why intractable educational inequalities persist. It invites papers that examine and critique the existing system as well as those which envisage and map out new possibilities around addressing educational disadvantage. It is multi-disciplinary in its focus, situating the phenomenon within the broader international context for educational disadvantage, but with a particular focus on how the issue plays out at a national level.

Following review of abstracts received, authors will be invited to submit a paper of 7,000 words maximum by 1st May 2022 with the aim of publishing the special issue of Irish Educational Studies in late 2022.

Please select "Educational Disadvantage" when submitting your abstract/paper to ScholarOne.

View the latest tweets from Editor_IES

RT @JohnOConnor_PhD: Pleased to have this article published in ⁦@Editor_IES⁩ ‘Evidence based education policy in Ireland: insights from edu…

6
0
4 hours ago
RT @GerryLeadership: A great piece from Colm O Connor in the Examiner - https://t.co/7E5Y8TeRqp

Read more
5
0
19 hours ago
RT @SchoolofEdUCD: Colleague @econrachel's piece on 'COVID 19 as a Catalyst for Sustainable Change: The Rise of Democratic Pedagogical Part…