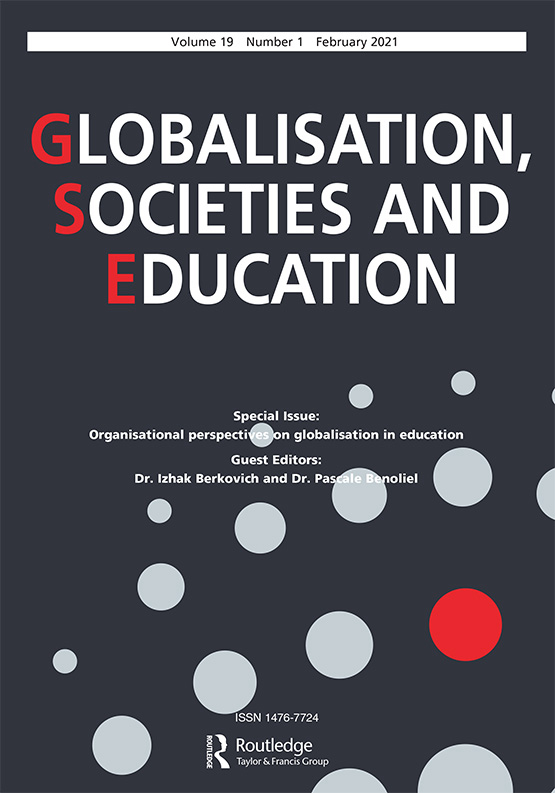 Since the 1970s ESD in its various forms and guises has been rising in the international agenda. From the 1975 Belgrade Charter to the Global Action Plan on ESD 2015-2019 we are currently in the era of the United Nations’ ESD for 2030. Originally confined to science textbooks, the definition of sustainability has become increasingly broader and more holistic encompassing four key areas: economic, political, ecological and social systems including their complex interconnections and interdependence. As stated in Sustainable Development Goal (SDG) four for quality education, one core component of ESD is the concept of global citizenship. This is, as former secretary general of the United Nations describes, more than preparing people for the job market but orientating them towards an ethical responsibility in creating 'just, peaceful and tolerant societies'.

Western European countries as well as New Zealand and Australia have attempted since the beginning to implement changes to reflect these lofty goals in their educational systems with varying, yet overall low, levels of success. Many studies on ESD and GCE have captured and analysed their experiences in depth, but hitherto very few have ventured out from Western pedagogical theories, frameworks and educational experiences and systems.

Although the Arab world initially lagged behind, in the last decade there has been a sharp rise in the adoption and implementation of ESD and GCE, particularly in the GCC region. In 2015, Qatar hosted the first global education conference following the ratification of the SDGs. Her Highness Sheikha Moza bint Nasser was re-appointed as one of the seventeen SDG ambassadors due to her ongoing commitment to quality education and youth empowerment locally and internationally. The United Arab Emirates (UAE) in 2009 launched the Sustainable Schools Initiative (Al Madaris Al Mustadama) designed to help schools adopt new teaching and learning strategies to reorient students from basic awareness to transformative action. Oman’s Ministry of Education is also active in re-designing the school curricula and funding prizes for innovative research to combat climate-related challenges. Throughout the region, Arab universities have witnessed an increase in sustainable development related programs in higher education, with Saudi Arabia being one of the most active in research output. All of the GCC national visions include sustainability as a fundamental component and acknowledge the pivotal role of education to this end. Global educational organisations that work towards sustainability and nurturing an ethical global outlook, such as United Nations Educational Scientific and Cultural Organization (UNESCO), Eco-schools and the International Baccalaureate, are also affiliated with a significant number of institutions throughout the region. Moreover, many non-formal and informal organisations have been established that work towards the SDGs, some of which have earned global recognition.

The GCC region is a particularly interesting case to study the multiple dimensions of ESD and GCE. It is a region with a rich Arab and Islamic history and is in close proximity to many coastal regions that are important cultural heritage sites. Generating significant revenues from exporting their vast fossil-fuel reserves, these states experienced large-scale rapid development and modernisation making it one of the most urbanised regions in the world with high per-capita income and living standards. The reliance on foreign workers has led to expatriates making up a large portion, in some states even the majority, of the population. The GCC also boasts high fertility rates, relative to the ageing population of the developed countries, making it an unusually young region in the world. This coupled with other political and economic factors has led to a mushrooming of private colleges and universities fragmenting and diversifying the educational system. Most nationalities have their own private schools (while also accepting other nationals, including GCC nationals) as well as international schools and the division between government-funded public schools and fee-paying private schools. Some are also affiliated to larger global educational institutions. This divided educational system is further compounded by myriad organisations and social and family structures that supplement the educational experience beyond the classroom. University-level education adds another layer of complexity as some GCC nationals choose to study outside of the region and later return.

These characteristics bring about a specific set of challenges that are common throughout the oil-rich Gulf countries. The first is achieving a balance between economic growth and environmental protection in practical, theoretical and pedagogical terms. Secondly, is getting the balance between promoting global citizenship and managing a diverse, large expatriate population whilst also preserving and maintaining traditions, culture, identity, heritage and religion; similar to most countries, the Gulf states are attempting to achieve cultural sustainability in an era of intense globalisation. Many even view the exportation of foreign, mainly Anglo-American curricula, as soft forms of neo-colonialism and academic imperialism. Thirdly, is how to successfully initiate and implement educational reforms in a complex, fragmented system in a multi-cultural, multi-ethnic and multi-national and partly transient generation. Finally, is how to efficiently mobilise and maximise the non-formal sector including the socio-cultural structures and norms towards ESD and GCE.

This special issue offers an opportunity to explore these multi-faceted dynamics of sustainability, and different forms of pedagogical models and frameworks in this space of competing, and at times, contradictory demands. Currently there is widespread international postcolonial critique of foreign educational and valuational systems and linear modernisation theories requiring greater use of culturally appropriate models and frameworks.

Papers may be theoretically or empirically based and can focus on one country in the GCC or comparatively within the region or with at least one GCC country and another comparative country.

We invite submissions related to the above or on any aspect on ESD or GCE in the Gulf. Potential topics include, but are not limited to:

Abstracts of approximately 1,000 words and a short biographical note should be sent to [email protected] by 1st July 2022 in order to be considered. We will notify you if your abstract is accepted by 1st August 2022.

Expected word length of the full manuscript is 7,000 words. Full articles will be due 1st February 2023 to be sent out for peer review. Please select this special issue during submission.

View the latest tweets from educationarena

Read more
3
3
8 days ago
Join the conversation for a special issue of Research in Drama Education that will explore the relationship between the climate crisis with drama #education and applied t...

Read more
5
6
9 days ago
A recent article in The Conversation points out that "students who work while enrolled in college are about 20% less likely to complete their degrees" compared to those w...