Submit a Manuscript to the Journal
Journal of Motor Behavior

For a Special Issue on
A Festschrift Commemorating The Work of Dr. Stephan P. Swinnen 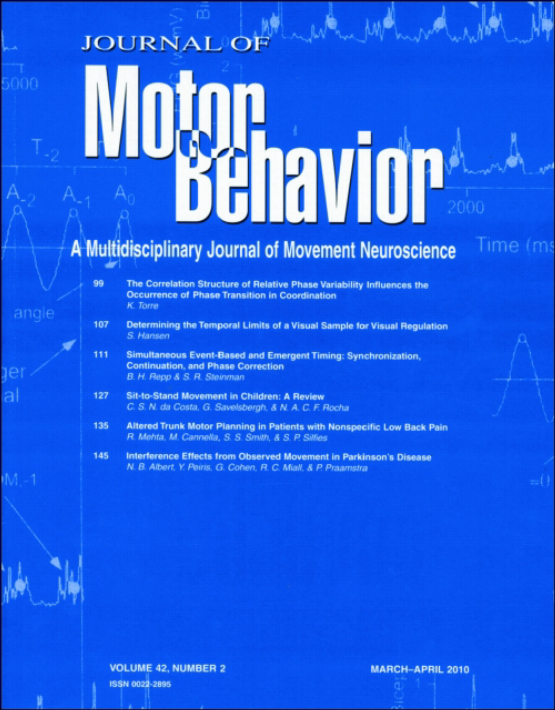 A Festschrift Commemorating The Work of Dr. Stephan P. Swinnen

This special issue is to commemorate the scientific contributions of Stephan P. Swinnen. He retires this year from his position as Director of Movement Control and Neuroplasticity Research Group at Katholieke Universiteit of Leuven in Belgium. Dr. Swinnen has led a multidisciplinary, international team of scientists and has continually adopted a diverse range of biomedical imaging techniques. His work has led to a greater understanding of how the brain coordinates complex movement. His research on interlimb coordination in both healthy and pathological states has led to important advancements in the field of movement neuroscience. From the start of his formal training in motor control at the University of California at Los Angeles (UCLA), under the direction of Prof. R. A. Schmidt (1983-1985), he has investigated the role of feedback in motor skill acquisition. To celebrate his achievements, you are invited to submit original research articles, theoretical papers and brief reviews that have been influenced, either directly or indirectly, by his contributions to the field.

All manuscripts should be prepared in accordance to the Journal of Motor Behavior guidelines and will be sent out for standard peer-review.

Joe Lichtenberg founded @psyainquiry with Mel Bornstein half a century ago and remains an important figure in psychoanalysis. A few weeks before his death, he was inter...

3
11
6 days ago
Studies in Gender and Sexuality welcomes your submissions for the annual Symonds Prize, which will award the best previously unpublished essay on gender and sexuality. De...