Submit a Manuscript to the Journal
Marriage & Family Review

For a Special Issue on
The Discipline of Family Science 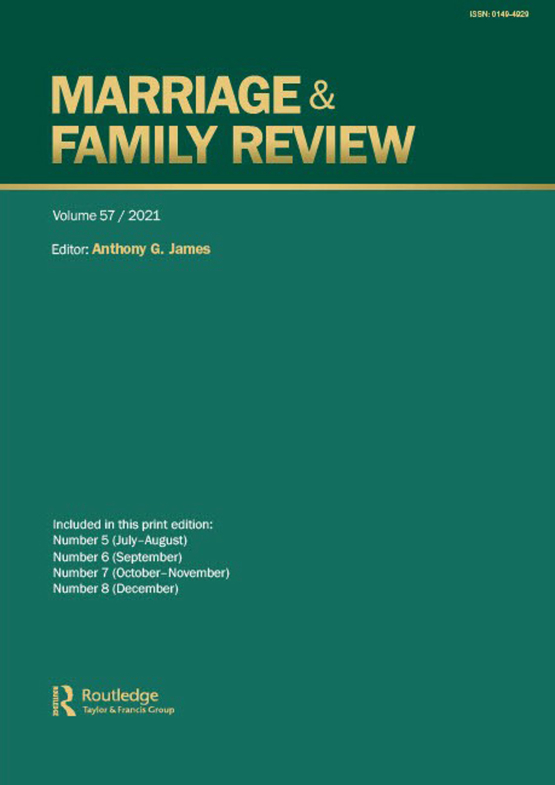 The Discipline of Family Science

Much of the early published work on the discipline of Family Science focused on the “problem” of the ambiguity of our identity (Burr & Leigh, 1983; Brock, 1985; NCFR Task Force, 1987; NCFR Task Force, 1988; Beutler, Burr, Bahr & Herrin, 1989; Menaghan, 1989; Jurich, 1989; David, 1993; Hans, 2014). It seems that “famology” did not take off as a new name for what may or may not have been a new discipline, but family science continued and is no longer in the tentative adolescent stage of its development as an academic discipline.

There have been sporadic yet tantalizing publications exploring the Family Science discipline with less existential angst and more practical utility. A 2005 special issue of Journal of Family Psychology catalogued the research methodologies that help to define Family Science (Snyder & Kazak, 2005). Work has been published on strategies for training family scientists (Ganong, Coleman, & Demo, 1995) and the professionalization of family life education as the applied dimension of the discipline (Darling, Fleming, & Cassidy, 2009). Hamon and Smith (2014) described the curricular content of our academic departments. Hagenbuch and Hamon (2011) identified some of the reasons that college students are drawn to our discipline. Walker and Blankeyer (2013) have provided our first systematic glimpse at the careers pursued by the college students who graduate from our programs.

However, much of this work was preliminary and tentative, and all of it is dated at this point. The status of the Family Science discipline deserves a fresh look. Family science flourishes as an academic discipline, though additional clarity is needed explaining the relationship between Human Development and Family Science (the academic unit where many family scientists are trained). The COVID-19 pandemic shone new light on the importance of issues that family scientists have been studying, behind the scenes, all along. Any of that earlier research might be replicated so we can see what has changed and what has stayed the same. New work needs to be done to describe where we are now. What is the work that family scientists do? How do we train family scientists? What research are we producing, and how is that research being used? What is needed for our discipline as we move into the future?

Manuscripts should not exceed 35 double-spaced pages including references and appendices. Please note in the cover letter that the manuscript is being submitted to the special issue “Discipline of Family Science”.

Please contact the guest editor with questions or to discuss submission ideas:

View the latest tweets from JournalofMarri1

Read more
0
1
220 days ago
I’ll Be There for You: Couples’ Support Providing and Seeking Behaviors in a Stressful Situation https://t.co/npTJbCFyZ2 @Prof_AJames @NCFR_FP @WHO @ganong @mission6...