Submit a Manuscript to the Journal
Culture and Organization

For a Special Issue on
Differences in and around organizations 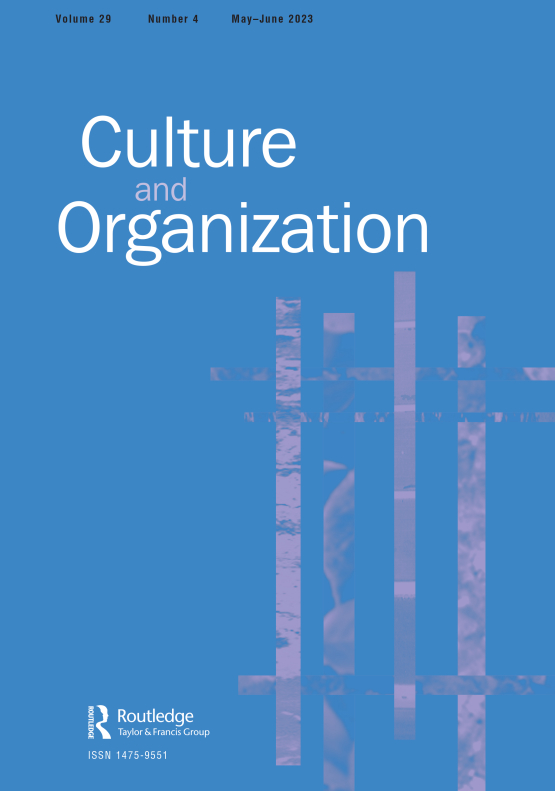 Differences in and around organizations

Differences fascinate us, and they frighten us. To remain competitive, companies need to be different, but they also imitate and thus ultimately resemble each other. The same with humans: we want to stand out, to be different – just not too different. Scholars increasingly pause to consider the concept of difference in their study of diverse practices. With this trend in mind, we invite you to explore difference in and around organizations and submit to the special issue. We encourage contributors that draw on the rich traditions of the social sciences, humanities, and arts, as these stand at the vanguard of difference as a concept to be used in the study of social reality (some prominent thinkers include Jacques Derrida, Niklas Luhmann, Gregory Bateson, Judith Butler or Sara Ahmed to mention some). We are seeking contributions investigating how difference practices unfold in and around organizations as well as contributions that explore how we can begin to think differently about processes of organizing.

Our perception of difference affects our understandings of organizations and organizational processes. When we organize our world by putting things and people in boxes, categorizing them, we typically use identity as labels. Instead of identity, one could consider difference as the primary category of reality and begin to think about difference in itself (Deleuze 1994). Structuralism insists that language is constituted by difference, that words are not endowed with an inherent meaning, but gain their significance by virtue of being distinguished from other terms. Poststructuralism has further argued that difference is not naturally given but produced and performed in what Derrida calls the “play of difference” (1982: 5). Similarly, system theory builds on the assumption that any system is produced through the difference between system and environment, a distinction that the system itself constantly produces and maintains. To understand a system, one should not start by identifying stable entities, but rather “begin with difference” (Luhmann 2006: 38; see also Cooper 1986).

According to feminist and postcolonial scholars, difference markers like race or gender are constructed performatively. Bodies are never neutral but gendered and racialized through historically and culturally produced categories of difference (Ahmed, 1998, 2007, Butler 1990, 1993; Braidotti, 2011; Essed 1996). A focus on how distinctions and identities are constituted and maintained serves to connect differences with ethics and politics. Arguing that certain groups tend to be favored over other Rhodes and Wray-Bliss (2012) call for an ethics of difference that value diversity. Kersten and Abbott suggest that we learn to tolerate difference, with the challenge being to “reconstruct our sense of community into one that can truly incorporate difference” (2011: 333). This relates to organization studies because the norms for what is acceptable and unacceptable in the academic organization studies discourse are built on ethical and political presuppositions. Drawing on such reflections, we can begin to appreciate practices that allows us to ‘write differently’ (Gilmore, Harding, Hellin and Pullen, 2019) and to find alternative forms of articulation that subvert dominant norms.

A failure to acknowledge the differences that animate the world can also have environmental consequences. According to Bateson (1972), Western epistemology functions based on isolating things from their environment. For example, the Darwinian theory of natural selection, Bateson (1972) maintains, is concerned with understanding the survival of organisms. However, such a perspective can lead one to become preoccupied with the survival of oneself or one’s organization, and thus to forget the survival of the environment on which one’s own existence is based. This engenders a ‘man versus nature’ mentality instead of an appreciation for humankind’s interconnection with nature. A growing field of organizational environmentalism has argued that the current climate and social challenges we face should encourage us to ‘make sense of the world differently’ (Wright, Nyberg, DeCock and Whiteman, 2013: 654).

Possible themes include but are not restricted to:

Our journal Human Resource Development International is now on Twitter! 🎉 Follow @HrdiHuman for the latest articles and updates on special issue pages. Learn more at...

Read more
0
0
56 minutes ago
Share your Research in a new special issue of Economic Research-Ekonomska Istraživanja, that will focus on Environmental, Social, and Corporate Governance (ESG) and Sust...

Read more
1
2
5 hours ago
The Journal of Inter-Organizational Relationships welcomes your research for a special issue on #supplychain management, #governance, international relationship structure...