Submit a Manuscript to the Journal
Journal of Control and Decision

For a Special Issue on
Deep Learning for Unmanned Vehicle Systems 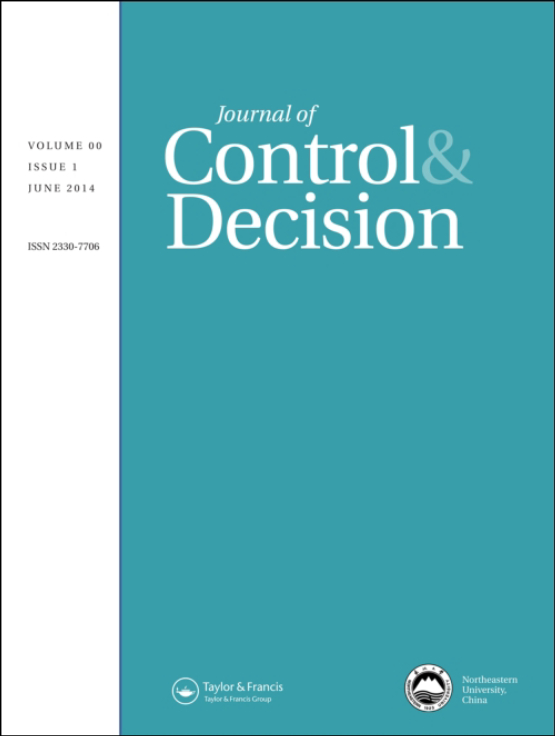 Unmanned Vehicle Systems (UVS) is an important research area in modern computational intelligence techniques and forms the basis for future generation automated systems. In recent decades, the unmanned vehicle systems have witnessed adverse growth expanding its application towards numerous safety-critical applications.  In UVS, the vehicles are controlled and managed in an automated manner without any direct human interventions across the board. The vehicles can either autonomously operates on its own through its sensing and directing competencies or otherwise controlled using remote control techniques. Some of the important applications of the UVS include Unmanned Ground Vehicles (UGV), Unmanned Underwater Vehicles (UUV), Unmanned Aerial Vehicles (UAV), Unmanned Surface Vehicles (USV) and unscrewed spacecraft’s. At present, most of the research works on UVS deals with the automation of critical applications where it is more vulnerable and problematic for a human operator to be diligent. This includes optimum communication between human-machine interfaces with persistent reliability under tough environmental circumstances. Further, automation and control of sensors, data processing, and telemetry units wanting human interventions with improved performance and reliability remain to be an open challenge for the researchers across various fields of computational intelligence.

Deep learning (DL) is a rapid technique with successful application across numerous research domains. The combination of DL and UVS can act as a state-of-the-art technique that would bring significant development in both public and life-critical applications. The advanced learning capabilities of DL algorithms assist in the effective management of complex real-time UVS datasets. This makes its application more appropriate for the development of autonomous robotic systems. As a result, over the past few decades, there is an increasing trend for deep learning-based robotic models for UVS; DL in the context of UVS helps in instance segmentation, semantic segmentation, object tracking, object detection, and recognition of safety-critical applications. Further, it also helps with planning and motion control activities. However, the present-day capability limitations of DL to deal with UVS are huge and require significant improvements. Some of the considerable drawbacks of DL in UVS include the requirement of greater computational resources, bandwidth, reliability, scalability, power consumption, availability, cost, coverage, data quality impacts on spatial and temporal alignments between different sensors and improved robustness for various data models. Further, most of the UVS applications work based on cloud systems which may lead to numerous cyber-attacks and network vulnerabilities. With the use of the two cutting-edge technologies DL and UVS, there exists emerging attention in utilizing DL to improve significant drawbacks of UVS.

This special issue entitled “Deep Learning for Unmanned Vehicle Systems” aims to bring together researchers from industries and academics to submit their novel ideas and concepts on DL based UVS. The topics of the special issue include but not limited to the following:

Read more
0
1
12 hours ago
The Quantitative InfraRed Thermography Journal welcomes your contributions for a special issue dedicated to Dr. Ermanno Grinzato, focalizing the attention on his main res...

Read more
0
0
13 hours ago
Share your research in a special issue of the Journal of Control & Decision that will aim to find innovative design models & applications that take Unmanned surfa...

Read more
0
1
14 hours ago
Discover the below article mentioned by @allentien on "A Second Chance to Get Causal Inference Right: A Classification of Data Science Tasks". https://t.co/54cj5rrsOV @A...