For a Special Issue on
Dance 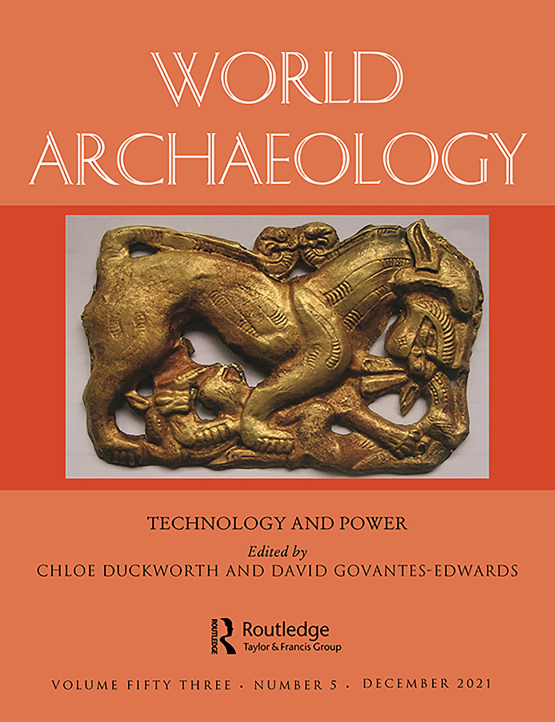 Phenomena referred to as ‘dance’ have been directly observed and recorded among all human societies of the last few millennia, and can be inferred indirectly back into human prehistory as far as the Palaeolithic. Dance, in its widest sense, is inextricably involved in human social life, and implicated in many quotidian and ritual activities. Aside from its social and psychological benefits it is an important non-verbal form of communication, used, for example, in courtship and to maintain territories in many bird species and to work off anxieties in many mammals.

The performative nature of dance explains why it has been relatively well studied by anthropologists, although it has been correspondingly neglected by archaeologists given that an associated material culture unambiguously indicative of dance is poor at best and often entirely lacking. Prior to the written record we are largely restricted to visual culture – depictions of bodily attitudes that can be confidently interpreted as some form of dance – although specific meaning can rarely be recovered. What material adjuncts to dance survive in the archaeological record, and how do bells, beads, bangles and other tangible objects add to our understanding of the sensory context of dance, or the messages intended to be conveyed by its participants?

How did dance evolve from the biological to the cultural? At what point can the repeated arm movements required for drumming or a rhythmical swaying reaction to rain - both practiced by chimpanzees - be regarded as ‘dance’, and at what point can one say that dance is ‘symbolic’? How much of it originated in imitation of the natural world, and if it is symbolic, what does it represent, and in what contexts is it rehearsed? Can a political, gender or other social element be identified in dance: who dances, why, and for whom? When and where does dance act as a leveller, and when and where does it define and maintain hierarchies?

We invite contributions from all periods and geographical areas in which dance can be investigated archaeologically and through ancient visual and material culture. We are particularly interested in – although not limited to – the performative nature of dance, repetitive and rule-bound acts, improvision, imitation, cohesion and choreography, as well as gestures, movement and contexts from Sumerian cylinder seals to Classical Greek vases, creoles to clerics, all in both sacred and profane contexts.

Settler Colonial Studies welcomes your submissions that will seek to reflect on settler colonialism as a distinct social and historical formation. Areas of discussion wil...

Read more
0
0
2 days ago
The Isthmus of Tehuantepec - a sliver of land between the Gulf of Mexico and the Pacific Ocean - was once used as a secret passageway. The revelation was made during th...

Read more
0
1
5 days ago
With only 2 days until the 3rd East-West Workshop on Industrial Archaeology, why not scrub up on industrial history? 🤔 This @AIndustrialArch article discussing Daniel...