Submit a Manuscript to the Journal
Contemporary Social Science

For a Special Issue on
Levelling up or down? Addressing Regional inequalities in the UK 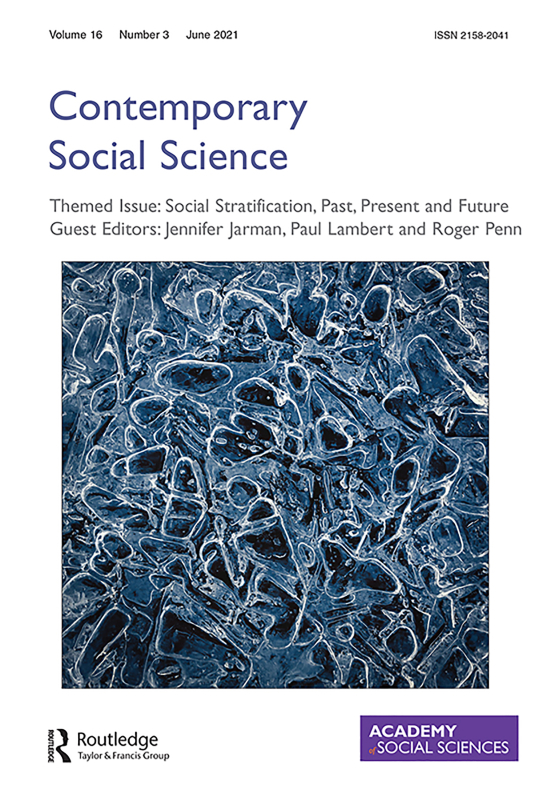 Levelling up or down? Addressing Regional inequalities in the UK

The UK has the widest regional inequalities among advanced industrial economies.  These regional inequalities are long-standing, and date from at least the mid-19th century. Yet, in recent years, they have become more prominent in the public eye - commentators and academics have begun to refer to places that have been ‘left behind’ and/or ‘lagging regions’ in terms of economic and social outcomes. Some argue that this has given to rise to a ‘geography of discontent’ which was a significant factor behind the Brexit vote (Rodriguez-Pose, 2018).

Promising to address these concerns became a key element of the Conservative Party’s 2019 successful election campaign – under the vaguely defined and rather nebulous slogan ‘levelling up’. In February 2022, the UK government published a white paper - Levelling Up the United Kingdom (HMG 2022) – which it set out an agenda for tackling unequal economic development in the UK’s cities and regions. The white paper was a substantive and ambitious document running to 332 pages yet many critical aspects remain obscure: the definition of the concept itself, whether the purpose of ‘levelling up’ is absolute or relative, whether all regions should seek to achieve the average or upper quartile of some regional performance metric (in an upward – “levelling up” or downward – “levelling down” direction). The White Paper was quick to dismiss the two most obvious dynamic paths to “levelling up”:

… yet provides little indication of which alternative paths it should take.

Recent turmoil in the governing Conservative Party, with three Prime Ministers in 2022, have   raised questions over the (latest) government’s commitment to ‘levelling up’. Yet paradoxically, these events arguably reinforce the need to transform the spatial structure of the UK economy and address its manifold and atavistic problems. And issues around the dominance of London and the South-East is not addressed in the ‘levelling up’ agenda. It is simultaneously the UK’s wealthiest region in terms of GDP per capita and tax revenues while suffering from some of the worst inner city socio-economic deprivation. This has led some commentators to resist ‘levelling down’.

Recent changes in government may – like other recent initiatives (such as ‘the industrial strategy’) – lead to the term ‘levelling up’ being abandoned.  Nevertheless, the issues raised by the explicit acknowledgement of the need to address wide regional inequalities are likely to dominate the UK’s socio-economic and political agenda for the next decade.

Given this, submissions are invited to a special issue of Contemporary Social Science which considers the issues raised by the ‘levelling up’ agenda and explores policies and solutions that seek to alleviate the UK’s wide regional inequalities. While the focus of the SI is on UK regional disparities and the ‘levelling up’ agenda, submissions can draw upon and showcase non-UK cases from which lessons for regional policy can be drawn.

We encourage the submission of original articles, both theoretical and empirical, and from single disciplinary and multi-disciplinary perspectives on the following but not exhaustive topics:

Authors should indicate that they wish the manuscript to be reviewed for inclusion in the special issue. The Editors of this issue would be happy to review plans for papers in advance of their receipt. All papers will be peer reviewed.

View the latest tweets from cssjournal1

RT @magcooperhbs: Fascinating CfSS talk from @TorstenBell yesterday. Thorough as always with clear insight into how we have been slow to se…

2
0
5 days ago
RT @policyatkings: EVENT: What's next for "levelling up"? Following the #AutumnStatement, join our panel inc. Andy Haldane, @RileyResearc…

4
0
13 days ago
Call for papers new @cssjournal1 special issue on 'Enabling a #JustTransition' guest edited by @AlexRuyter and @bentleygill. For further information https://t.co/aoSXsdbp...