Submit a Manuscript to the Journal
Cognition and Emotion

For a Special Issue on
Emotional time travel: The role of emotion in temporal memory 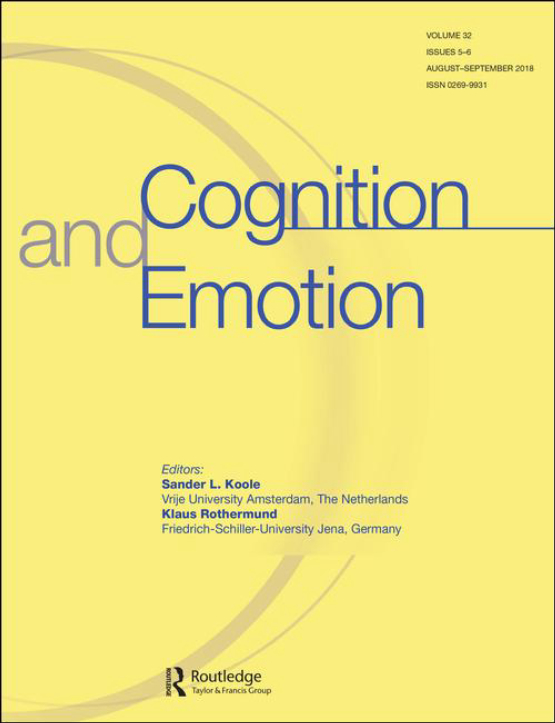 Emotional time travel: The role of emotion in temporal memory

Summary: When we remember emotional events from our past, we mentally travel back in time to re-experience them. This special issue highlights such ‘emotional time travel’ by considering the role of emotion in temporal memory. It will address how emotion influences people's memory for events embedded within a gradually changing mental context.

Background: Episodic memory refers to a memory system which stores experienced events within a coherent spatiotemporal context. Episodic memories often include memories of multiple elements within an episode. Core contents—ranging from the persons and objects involved, to the thoughts and feelings people had at the time—are integrated with one another and with the location and timing of the event, allowing people to mentally travel back in time and re-experience the original episode. Currently, there are mixed findings concerning whether experiencing emotional arousal during specific episodes enhances, impairs, or has little effect on people’s ability to retrieve episodic elements that accompanied core emotional content.

Research suggests that although emotion strengthens memory for core content, when presented with a particular element of an episode, emotion sometimes decreases our ability to retrieve other elements. This pattern might explain the emergence of certain posttraumatic stress disorder symptoms, such as intrusive flashbacks of trauma content. By contrast, “Temporal Context Models” suggest stronger binding of emotional items to their context, thereby explaining their improved recall in an emotional situation. Another conundrum surrounds the discrepancy between findings that emotion increases recollection of idiosyncratic elements of the episode, but impairs the ability to recall specific aspects of the episode on cue. For example, emotion may make it more difficult to retrieve an item that was studied next to a given item (“associative memory”), but easier to retrieve the location of the given item within the pair. One difficulty in resolving these issues concerns differences between the laboratory paradigms used to evoke emotion and embed target events within sequences that mimic the evolution of mental content with time in real life. Additionally, while most theories focus on the effect of emotion at encoding, measurements typically take place later on.

One of the least understood aspects of emotional memory is the effect of emotion on memory for the time that an episode took place. The ‘time’ of an episode is a somewhat ambiguous term. It could refer to the episode’s location on a timeline—be it an objective timeline, such as the calendar, or the subjective time within a person’s biography. Alternatively, ‘time’ could refer to the temporal ‘source context’ of an episode, which again may refer to an objective ‘source’ such as ‘during the war in Ukraine’ or a subjective one, such as ‘during my trip to Kyiv’. Finally, ‘time’ could refer to the temporal order of episodes, placing the target episode relative to what happened before or after, or to the duration of a past episode. In every case, the time of the episode can be considered an element of the episode, associated with what we have referred to as its ‘core content’. Therefore, the debate on how emotion influences associative memory—a current focus within the broader literature on the effect of emotion on episodic memory—is highly relevant to the question of how it influences temporal memory.

Implications: Resolving the role of emotion in various manifestations of memory for time has theoretical significance, because results can be used to support or challenge theories of emotional memory. Moreover, gains in this area have applied value, given the importance of emotional events and their temporal unfolding in eyewitness testimony, as well as the centrality of emotional memory in clinical populations (e.g., depression, posttraumatic stress disorder) wherein the role of time has received less attention. Accordingly, this special issue will spur ‘timely’ advances in this field with implications for basic and applied science.

Add your insight for a special issue of the Journal of Progressive Human Services on the politics of #policing. Areas of research include police brutality, poverty, and r...

Read more
0
0
10 hours ago
Which academic support network has helped you the most in your writing journey? #TheKnowledgeRetreat #AcademicChatter

0
0
yesterday
Are you looking to submit your next article? Find out how Cogent Psychology can help your research get the recognition it deserves. Learn more here: https://t.co/HKJOT4a...

Read more
0
2
yesterday
The European Journal of Work and Organizational Psychology welcomes your research for a special issue: Learning and transfer in organizations: How it works and can be sup...