Submit a Manuscript to the Journal
Coastal Engineering Journal

For a Special Issue on
Coastal Disasters in Asia: Forecasting, Uncovering, Recovering, and Mitigation 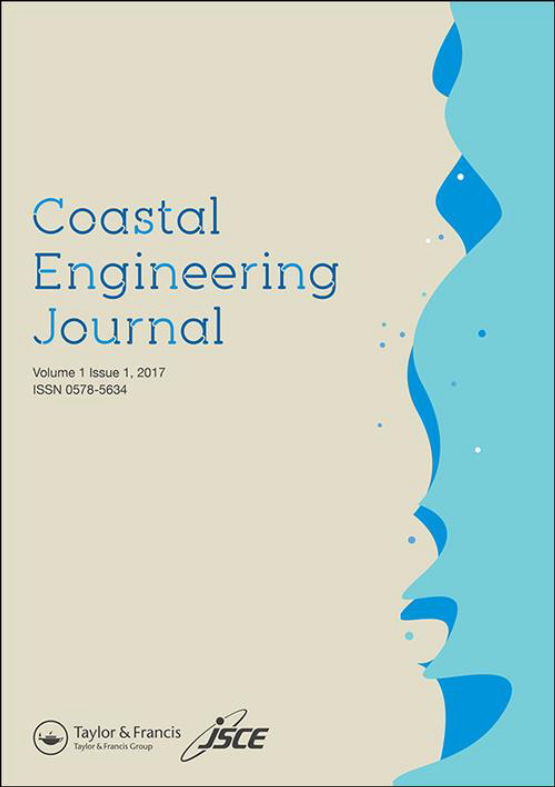 We are pleased to announce that the Coastal Engineering Journal (CEJ) is accepting submissions for the 2023 Special Issues.

With 60% of the world’s population, lowland deltas, numerous islands, and long coastlines, Asia is the most vulnerable region in the world to coastal disasters. No other part of the world has such a large number of dangerous plate boundaries that can generate giant tsunamis and warm ocean basins, resulting in massive tropical cyclones and storm surges. In addition to the aforementioned natural factors, rapid economic development and environmental degradation, such as coastal erosion, land subsidence, and mangrove deforestation, have increased the risk of disasters. In reality, the six worst coastal disasters of the 21st century in terms of number of casualties all occurred in Asia: the Indian Ocean Tsunami (2004), Cyclone Sidr (Bangladesh, 2007), Cyclone Nargis (Myanmar, 2008), the Great East Japan Earthquake and Tsunami (Japan, 2011), Typhoon Haiyan (the Philippines, 2013), and the Sulawesi Landslide and Tsunami (Indonesia, 2018). These six disasters have claimed more than 400,000 victims.

There are many developing countries in Asia, and the amount of scientific research and knowledge of the disaster risks may not be sufficient in these countries in the event of a disaster. For example, Vietnam’s 1997 Typhoon Linda killed more than 3,000 people, but the reality of the disaster is not well understood worldwide. Myanmar’s 2008 Cyclone Nargis killed more than 140,000 people, but the situation is not as well understood as the scale of the disaster. Recent advances in forecasting technologies, such as deployment of ocean instruments, high-resolution satellite imagery, artificial intelligence, advanced numerical analysis, trends in open data policy, and probabilistic approaches with big data have the potential to reveal the reality of the disasters that have not been previously studied.

In Asia, where major disasters occurred, recovery has begun, but the mid- and long-term responses are not straightforward. Hence, it is important to investigate how each region has recovered or faced problems after a major disaster, both technically and in policies. In countries with sufficient financial resources, the immediate recovery step will be to strengthen the coastal structures and embankments. However, there are not many countries in Asia that can take such a rigorous measure. It has also been pointed out that too many disasters can adversely reduce people’s awareness in preparing for disasters in this region.

On the other hand, the rich natural environment nurtured by Asia’s tropical and subtropical climates may become an asset for significantly improving disaster prevention infrastructure, depending on its utilization. For example, the mitigation functions of coastal forests have attracted attention in recent years and are known as ecological disaster mitigation or green infrastructure. The Asian experience may lead the world in the future by demonstrating advanced disaster mitigation planning and recovery.

We welcome the submission of research papers on various approaches focusing on coastal disasters in Asia. The topics covered by this special issue include, but are not limited to:

If you have any questions, please contact us at the email address below: [email protected].