Submit a Manuscript to the Journal
Public Management Review

For a Special Issue on
The next generation of citizen satisfaction research: Theoretical and methodological advancements 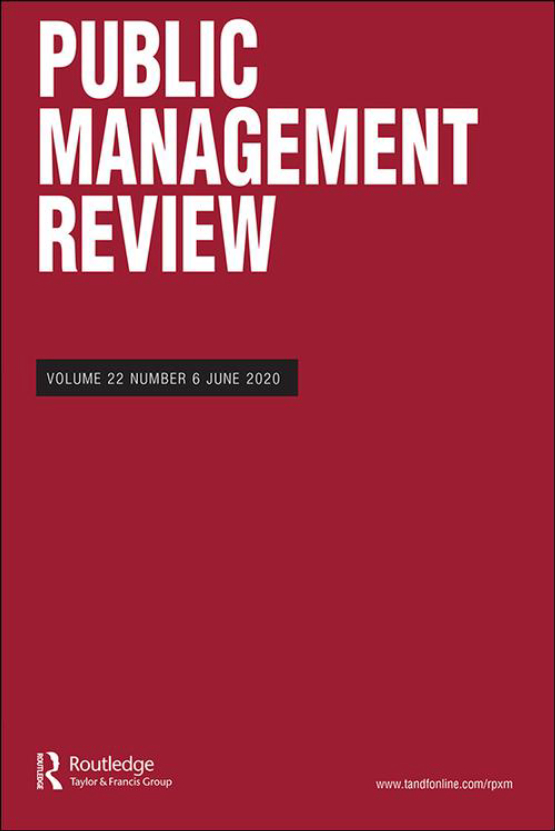 The next generation of citizen satisfaction research: Theoretical and methodological advancements

I. Aim of this special issue

Citizen satisfaction lies at the core of citizen-state relations, with broad implications for the management, performance, and legitimacy of public services and governments. Initial research on citizen satisfaction focused on citizen characteristics and citizens’ ratings of service quality (Hero and Durand 1985). Van Ryzin (2004) revolutionized the study of this fundamental concept with the introduction of the expectancy-disconfirmation model (EDM). The EDM’s core idea has been that a citizen’s satisfaction with a service depends not only on their perceptions of the quality of the service but also, and as importantly, on the expectations they hold for the service. A rich and empirically sophisticated literature developed in response.

By now, we have a good understanding of the insights that can be gained by drawing on this theoretical approach as well as its shortcomings and blind spots. Whilst the overall validity of the EDM framework has been demonstrated (Zhang et al. 2021), recent research is increasingly showing anomalies and limitations of the EDM (Favero and Kim 2020; Noda 2020). Also, there is a new focus on how exactly the measurement of service quality is linked to citizen satisfaction (Van Ryzin 2015; Song et al. 2021). It is therefore timely and relevant to create a dialogue among those working at the forefront of citizen satisfaction research and bring together their ideas with the aim of seeing the emergence of further theoretical innovations that usher in a new generation of citizen satisfaction research, which goes beyond the EDM.

We note three exemplary aspects that require theoretical innovation to be adequately understood in a more general framework of citizen satisfaction:

1. There are degrees of distance between the citizens whose satisfaction we study and the services they are reporting on, raising questions about the conceptualization of citizens (Roberts 2021). The shortest distance is found among users of a service that they understand on multiple levels. Greater distance exists where users do not understand the service that well. The distance is greatest where citizens at large think about a service they do not use. Satisfaction may not mean the same thing for different levels of distance between citizens and services, which has implications for the downstream consequences of satisfaction.
2. Both expectations and perceptions of performance may be prone to ideological and cognitive biases, making it more difficult to compare between citizens (Jilke and Baekgaard 2020; Andersen and Hjortskov 2016). Beyond such biases, systematic differences in the lived experiences of a diverse citizenry may have implications for expectations and satisfaction (Song et al. 2020). These and other puzzles require theoretical innovations and a richer set of research designs.
3. The characteristics of services, and the organizations that provide them, may be of direct consequence for what citizens see as the appropriate levels of service, how they perceive the quality of the services, and how satisfied they are with them (Song and Meier 2018; Song et al. 2021). Going beyond the micro-level centric EDM to also incorporate meso and macro level characteristics offers much promise.

II. The relevance of this special issue

Given its theoretical and practical centrality, citizen satisfaction research is well received and well cited in our field. For instance, the 17 studies covered by Zhang et al.’s (2021) meta-analysis of the literature together have received 1,859 citations, as indexed by Google Scholar on June 30, 2021. Contributions to the citizen satisfaction literature have been published in Public Management Review for around two decades, for instance, Andrews et al. (2011), Carvalho and Brito (2012), Filtenborg et al. (2017), and Grimmelikhuijsen and Porumbescu (2017). The special issue has the potential to kick-start and lead the next generation of citizen satisfaction research and thus be well cited by subsequent work, adding to Public Management Review’s very positive trajectory as one of the top journals in the field.

We seek a wide range of contributions related to citizen satisfaction research. For any paper to be included, it has to either:

1. Make a theoretical contribution above and beyond the EDM; or
2. Include an advancement in research design (including the study population) that sheds light on one of the shortcomings and blind spots of existing research using the EDM.

With these two criteria, the special issue editors will be able to synthesize the various advancements into an enhanced theoretical and methodological framework for citizen satisfaction research, which promises to be a reference for future work. We seek papers with indicative themes such as:

We will be interested both in research using new theoretical or methodological approaches and extensions and generalizations of existing research, as long as the latter sheds light on one of the shortcomings and blind spots of existing research using the EDM, with the aim of moving the literature beyond the dominance of this theoretical approach. We will encourage authors to theorize their context and its implications, as laid out by Meier et al. (2017) and Walker et al. (2019). Finally, we are particularly interested in studies covering settings other than the U.S. and Western European countries.

For questions and informal conversations, please feel free to email any of the four special issue editors.

By January 31, 2022
Editors provide feedback to authors and send invitations to online workshop.

Week of April 25 or May 2, 2022
Online workshop to discuss first drafts and overall themes. The special issue editors and leading contributors to the existing literature will provide feedback, including Gregg Van Ryzin and Oliver James.

View the latest tweets from PMReview_

3
0
24 minutes ago
RT @StephenOsborne1: PMR Associate Editor#2 (of 7!) is Adina Dudau. Adina is based in the Adam Smith Business School at the University of…

5
0
25 minutes ago
RT @StephenOsborne1: @PMReview_ also has a new Editorial Board lead and contact point on diversity and equity. This is Greta Nasi. She is b…

2
0
9 hours ago
RT @StephenOsborne1: @PMReview_ Associate Editor #3 is Mila Gasco-Hernandez. Mila ia based in the Rockerfeller College at the University in…