Submit a Manuscript to the Journal
Journal of Multicultural Discourses 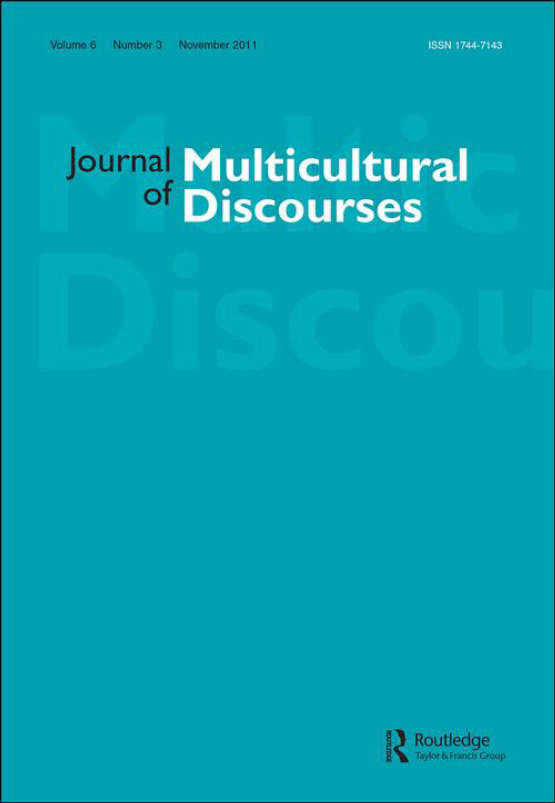 The aim of this special issue is to question the mainstream production of concepts that are commonly used in the fields of Multilingualism and Applied Linguistics, and to study their circulation in and across northern and southern academic circles.

This special issue aims to primarily address the following types of questions: to what extent is it possible to observe, beyond hegemonic productions, different types of circulations and trajectories, at the margins or at different scales, defending subjugated ideas, proposing norms from the periphery, producing alternative knowledges leading to parallel forms of globalizations? To what extent are such identified ideas, norms and knowledges then marginalized, co-opted or re-used by academic disciplines within and across the global South/North?

Previously colonized territories and territories that are not recognized explicitly as having been colonized have been forced to take up nomenclature and norms from the global North, leading to the fact that these norms, theories and methodologies are now dominant in academia. Such a state of affairs nevertheless plays a major role in the reproduction of national and transnational elites, in publishing possibilities and in the job market. In other words, discourses originating from past academic metropoles have de facto become what is recognized as part of a “global science”. An increasing body of research across the last twenty years calls for situated standpoints, the inclusion of Southern voices (Connell 2007, Santos 2007), and the decolonialization of knowledge itself (Mignolo 2009, Pennycook & Makoni 2020, Deumert et al. 2020, Deumert & Makoni in preparation). Nevertheless, in these times of academic hegemonies, very few terms – proposed by Southern scholars or grounded in non-western contexts – are used and re-cycled in our fields. Furthermore, old-new concepts and theories that are not truly global in their origins continue to be exported from Europe or the US and flourish, silencing other relevant terms and conceptual currents. Linguists, more than others, it has been suggested, are facing a globalization that is nevertheless marked by an almost complete western/northern hegemony of their field (Shi-xu 2009).

By focusing on global-centric Southern perspectives and their entanglement on a global scale (Kerfoot et Hyltenstam 2017) this special issue proposes and conceptualizes alternative propositions that emerge from fieldwork, voices and experiences from the global South. It aims to be a contribution to global-centric Southern Epistemologies that have an important bearing upon Northern hegemonies.

Read more
4
5
yesterday
“Although I maintain that if she were more perfect, she would be less interesting.” Happy Birthday to Anne #Bronte, find out more by exploring our #History of #Femini...

Read more
1
2
3 days ago
We want to hear from you. Please take the survey to tell us how we are doing and you could win a £75 Amazon voucher. https://t.co/kvSu3TBCfP https://t.co/NzRrCxGwud

Read more
0
0
7 days ago
Learn about the new Poetry Prize from Women: A Cultural Review, for critical writing on women’s poetry. The winning essay will be published in the journal & will al...