Submit a Manuscript to the Journal
Canadian Foreign Policy Journal 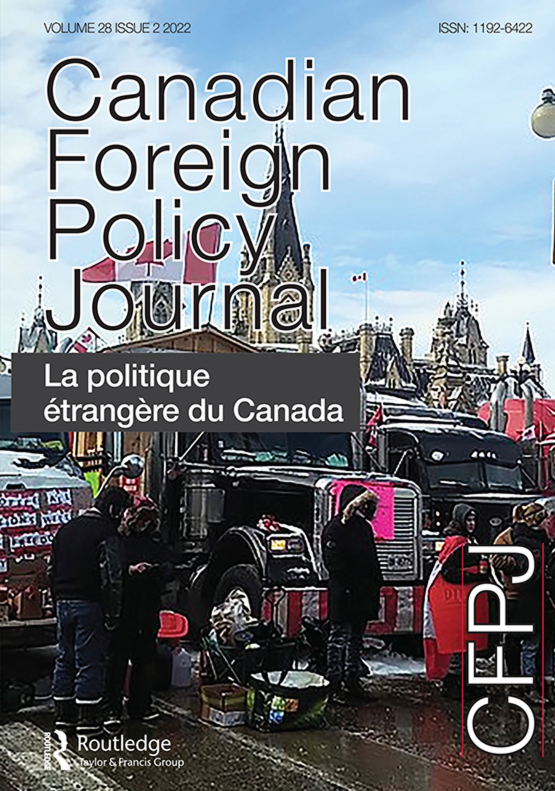 The Conflict in Ukraine and International Affairs

The Canadian Foreign Policy Journal is requesting submissions on the topic of ‘The Conflict in Ukraine and International Affairs’. Peer reviewed submissions will be published Volume 29, in 2023. The deadline for submissions is November 30, 2022.

The conflict in Ukraine has, to say the least, shocked the international system. There is a turbulent history at the Russia-Ukraine border with military actions and conflict, including the occupation of Crimea in 2014 and Russia’s hybrid warfare in the Donbas region. Since Russian troops gathered at the Ukrainian border in late February of this year, there have been thousands of deaths and over twelve million displaced persons, who have fled elsewhere in Ukraine or to other countries.

Russia’s military offensive stands in stark contrast to several intergovernmental agreements, especially considering Russia’s status as a P5 member of the UN Security Council. The international community, however, is divided on the conflict in Ukraine; Mexico and Brazil have both refused to alter trade agreements or impose sanctions, while India and China abstained from a UN vote to condemn Russia. Using what has been described as “grey-zone strategies”, NATO and its allies have leveraged economic sanctions and provided volunteer troops as well as some small arms to support Ukraine. Canada has also opened a special pathway for Ukrainian entry into the country, granting them free temporary status and an extended stay.

Ultimately, it is essential to reflect on what has transpired and is currently happening in Eastern Europe and its broader implications on international geopolitics. In answering these questions, the Canadian Foreign Policy Journal is seeking perspectives on the conflict in Ukraine and its relevance to international affairs.

Articles submitted to the Journal should be original contributions and are subject to rigorous peer review. With occasional exceptions, the editors prioritize articles based on empirically grounded research using strong quantitative and/or qualitative social science research methods. When submitting, please indicate clearly if the article is under consideration by another publisher. Articles are read by the journal’s editors as well as by two to four outside reviewers.

To begin the submission process: https://mc.manuscriptcentral.com/rcfp

To submit a proposal for a guest-edited thematic issue: https://www.tandf.co.uk//journals/cfp/rcfpcfpguide.pdf

Read more
1
1
14 hours ago
The recent elections in Italy saw #BrothersOfItaly surge ahead📈 🇮🇹 Explore the history and organisation of the Fratelli D'Italia with this new @sesp_j article b...

Read more
1
4
18 hours ago
To celebrate our 50th volume of @RssJournal we have selected ten significant articles from across the journal’s history. These ten articles have been made free to acce...

Read more
0
0
yesterday
The Journal of Contemporary European Studies is pleased to announce the winning article for the annual prize, awarded to the best article published in the journal during ...