Submit a Manuscript to the Journal
Business History 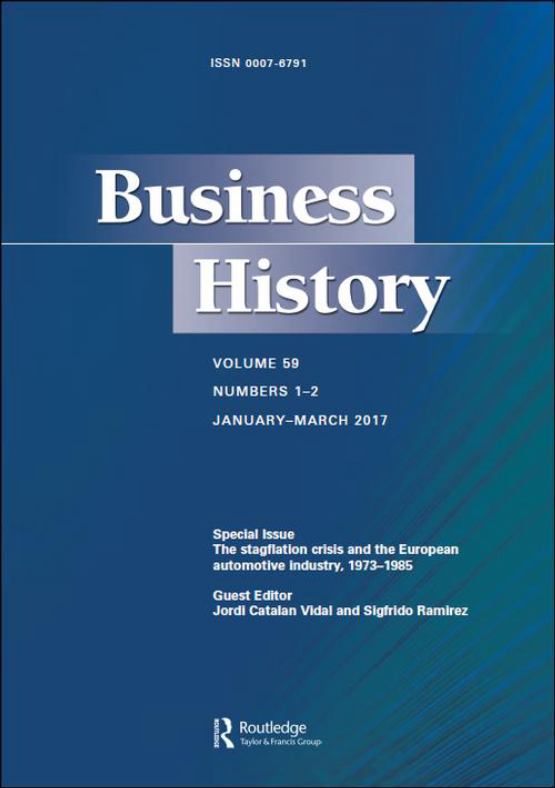 This Special Issue will address questions of business influence on policy formation, business organizations’ political activity, and business power. These are all topics of burgeoning scholarly interest. One reason for this growth in attention is the current political landscape. It is frequently assumed that interest and lobby groups have privileged access to political decision makers. This is not a new phenomenon, however. Both in the US and the EU, the significant role of lobby groups in the political system is recognized and well documented. Business and other lobby groups’ advocacy organizations have an established place within the political system. However,  changes have occurred in the lobbying practices of business and in its actual ability to influence decision-making, and in the platforms for and channels of corporate political activity. New investigations are needed.

Lately, these topics have also been analyzed within the field of business history (e.g. Pitteloud 2021; Rollings 2021; Wuokko et al 2021; Eichenberger et al 2022). For example, Eichenberger et al (2022) addresses the role of organized business in the international arena in their pursuit of shaping global capitalism and globalization. Business interest associations (BIAs) and big business do not only aim to shape national policies, but also to affect the broader national and international institutional environment. This Special Issue contributes to this growing field.

Both business historians and those in the social sciences, have also noticed the difficulties in investigating these topics empirically. How do we detect influence? How do we measure it? How do we show the occurrence (or absence) of influence in a distinct and certain manner? Political scientist Andreas Dür and colleagues have addressed the challenges of defining, diagnosing, and measuring influence and power (esp. Dür 2008; Dür et al 2019; Pritoni 2015). Matt Grossman (2012) notes that scholars often have difficulties in consistently demonstrating interest groups’ influence on policy. Influence can occur through other channels than direct lobbying, for example by indicating potential (negative or positive) future consequences from specific decisions. In general, the lobbying success and lobbying strategies are dependent on the institutional context (see, e.g. Mahoney 2008).

The concept of power is also complex and therefore often avoided by historians entirely. As stated by Neil Rollings (2021), business historians acknowledge business power, but often leave it out of their analysis and “lurking” in the background. On the other hand, historians have some advantages. Historians often focus on the long-term, on temporal change, and on the political and institutional context (Grossman 2012; Hojnacki et al 2012). Historians often engage in-depth empirical work. As a result, there is huge potential for analyzing how the arenas and the means of wielding business influence have changed over time.

BIA’s influence, and its power, needs to be assessed, problematized and nuanced by new scholarship. Overall, BIAs are considered to be in general both strong and powerful. Big business and BIAs have better access to policy makers and better resources than many other advocacy groups (Dür 2008). Key industry also often holds structural power by, for example, deciding on where and when to invest (Bernhagen 2007). These factors do not mean that other groups would not be influential, or that it would be easy for BIAs to exercise influence. The capability of business to influence policymaking is almost certainly a more complex issue than has been asserted previously.

Some empirical research even suggests that lobbying and efforts to influence policy makers often have quite little direct effects (e.g. Baumgartner et al 2009). Grossman (2012) shows in an analysis of previous research that the studies more often identify other groups than BIAs as being influential for specific policy changes in the US. Effective group mobilization, large resources, or access to decision-makers do not necessarily lead to influence.  There are limits to business associations’ influence, and the degree of influence varies between different policy areas, between countries, and over time. Business groups also need to be adaptive rather than active and confrontational (e.g. Paster 2017).

These complex and challenging phenomena call for in-depth historical and empirical studies of the transformations and varieties of business power. Overall, research into the significance, impact, and power of business interest organizations in historical perspective would benefit from a greater engagement with historical approaches. These can reveal temporal transformations in power and influence, and the connected adaptation of these groups. Historical research can contribute to this field by providing analyses that are deeply contextualized and cover longer periods of time and/or significant transformations. Business historical research also put a welcome focus on business organizations, industries, firms, and business leaders and by doing so, shed new light on corporate actors’ activities.

While challenging, business historians have recently attempted to adopt theoretical frameworks and methodological approaches from neighboring fields. This is a revitalizing approach to the field and has opened it up for fruitful cross-fertilization between various scholarly disciplines. Methods from other fields need to be adapted carefully to suit the needs of historical inquiry. Adopting new approaches has increased the awareness of the methodological problems and given new insights into how the obstacles can be solved. Broader discussions within the business history field on methodological problems are still few. The aim of this Special Issue is - besides presenting new empirical findings - to bring together a variety of methodological solutions that business historians have adopted. By doing so, it lays the foundation for a more coherent debate.

The Special Issue brings together papers on empirically well-designed studies with explicit methodological discussions. The papers should explicitly discuss the methodology that has been utilized and the strengths and weaknesses of the chosen approach.  No temporal or geographical limits are set. On the contrary, we encourage papers covering various time periods and different geographical locations.

Possible topics include (but are not limited to):

- empirical studies detecting platforms for BIA and big business’ access to policymakers, and other channels for influence, and changes in these;

- empirical studies of different policy areas, where influence has occurred (or not occurred), and efforts to trace, and possibly measure, the influence with new and innovative source materials and/or methods;

- analyses of changes in business power over time and how this has affected businesses’ and business organizations’ political activities and efforts to influence policy-making;

-  analyses of how interest and policy preferences are formed in the business community, including how they are formulated to tie into political goals and BIAs’ changing lobby strategies;

- analyses of how the political and administrative system and/or industrial/corporate structures have affected the possibilities and ways to exercise influence in political process.

This is an open call for papers/submissions.

Deadline for submissions is 31st March 2023 via Business History electronic submission form ScholarOnline. Please indicate that the submission is intended for this Special issue.

We also intend to organize an on-line workshop/Paper Development Workshop with those papers that has passed the first round of the referee process, in late spring/early autumn 2023.

The number of papers include in this Special Issue will be 6 or 7 and they shall be based on original research. None of the papers should have been published previously. All papers pass a normal double-blinded peer review process.

If you're planning to promote your published article, we offer Research Communication services to help you do just that. From infographics to impact summaries, choose a...

Read more
0
1
2 days ago
New Title Alert ⚠ 'Marx and Le Capital: Evaluation, History, Reception' by @MarMusto is now available for pre-order! This book is an indispensable source for those in...

Read more
8
23
2 days ago
The Journal of Post Keynesian Economics is delighted to announce the appointment of a new co-editor, @mnikiforos. Explore theoretical research on contemporary economic p...

Read more
5
25
3 days ago
Setting and achieving sustainable development goals is never easy. But "Principles of Sustainable Business" will equip you with the knowledge you need to comprehend the i...