Submit a Manuscript to the Journal
Brain-Computer Interfaces

For a Special Issue on
Cognitive Generative Modelling of Brain Dynamics for Neuroscience, Health and Disease Management 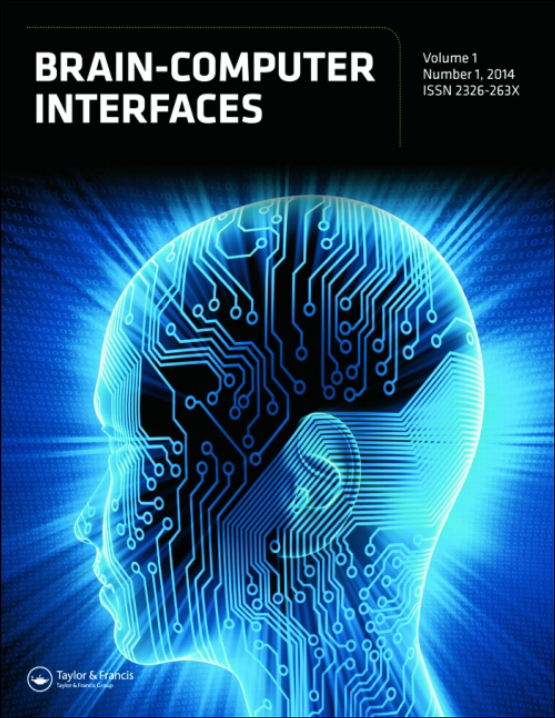 The advancements in innovative data acquisition and computational technologies have not been ignored by medical and healthcare science. These technological tools have been put to use in various neuroscience applications for effective health and disease management. So far, theories have been developed based on formal modelling techniques where dependent variables are represented in terms of a set of independent variables. However, cognitive-based generative modelling tools can offer superior properties that can highly enunciate the present work on brain dynamics. For instance, one such model can develop a set of equations that can find where a particular signal originates in the patient with the help of certain system parameters. In a nutshell, cognitive generative modelling tools have the power of inference rather than just prediction, unlike other black box models. Generative modelling for studying brain dynamics can offer two major advantages: generation of plausible neuronal dynamics and inversion to generate inferences about the architecture and functional form of distributed neuronal data processing. Further, Cognitive generative modelling of brain dynamics can be used to model complex cognitive, biological, or physical systems. Spiking neural networks and attractor neural networks are examples of this, and they are inspired by cognitive neuroscience, psychophysics, psychology, mathematics, theoretical biology, computer science, network science, physics, and statistics.

Normally, cognitive generative models can be classified into three main categories: biophysical models, phenomenological models, and agnostic computational models. Biophysical models are realistic and are based on constraints and assumptions of the biological form. A few examples of such models include the Blue Brain project and Hodgkin and Huxley’s squid giant axon model. Phenomenological models do not involve realistic assumptions. Rather certain dynamics are provided priorly and are equipped with complex systems and statistical physics. It is based on the relationship between neural populations. An example of such a model is the Kuramoto oscillators. The agnostic computational approach is based on the reconstruction of similar behaviour using data-driven models. However, the limitations of such methods are the need for extremely large datasets and intrinsic biases. Examples include latent ODEs and other self-supervised models. The major applications of such generative models are in model selection and hypothesis testing for neuroscience and health and disease management. However future research can study the lengths of such systems and their compatibility with Machine Learning (ML) models to generate innovative applications and novel research frameworks. This special issue purely examines various advanced research on cognitive generative modelling of brain dynamics to investigate the understanding of neuropsychiatric disorders and neurodegenerative diseases, potentially leading to novel treatment strategies.

Struggling to work out your next SciComm project? 🤔 Why not pick up our public communication handbook, currently 30% off in our Black Friday sale! 🛍️ Find out m...

Read more
1
2
2 days ago
Read new #COVID19 research from @BiostatsEpidem. Modeling the spatial distribution of COVID-19 infections in Europe reveals no similarities between countries during the...

Read more
4
3
3 days ago
RT @tandfbiosci: What's your experience with SciComm like? 🧫 This review looks into researchers' past experiences and what we can improve…