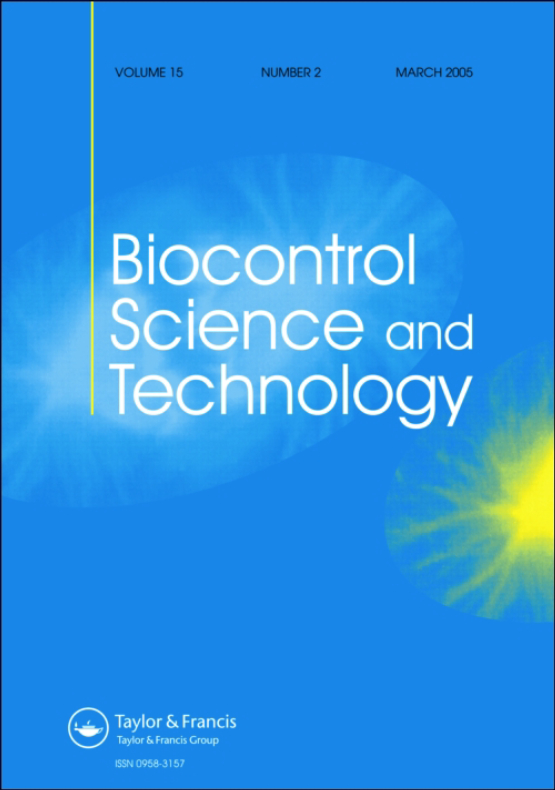 Biocontrol Science & Technology is now seeking submissions focussing on the importance of preserving terrestrial ecosystems through the development and application of sustainable biological control approaches for a Special Issue on the Sustainable Development Goal 15 “Life on Land”, to be published in 2022 . The Special Issue is titled, “Biological control of gastrointestinal parasitic nematodes: current impacts and biotechnological perspectives”.

Gastrointestinal parasitic nematodes cause a severe negative impact in animal health mainly in farms under grazing production systems. Additionally, these parasites not only affect animal welfare, but also induce important economic losses to the livestock industry worldwide. The intensive use of commercial synthetic anthelmintic drugs regularly administered to the animals is the most common practice to reduce the parasitic burdens in herds and flocks worldwide. However, due to the frequent appearance of drug-resistance in the parasites, the efficacy of most commercially available drugs has dramatically diminished. Moreover, the continue use and over-use of anthelmintic drugs in the control of gastrointestinal parasitic nematodes has led to the presence of potential toxic chemical residues in meat, milk and in sub-products of animal origin intended for human consumption. On the other hand, most of synthetic anthelmintic drugs are expelled together with feces to the environment, where they are considered as a potential risk, as beneficial organisms living in the soil or feces can be dramatically affected.

Considering these important disadvantages associated with the use of chemical anthelmintic drugs, alternative strategies of control are being explored. A promising approach includes the use of nematophagous fungi, which are apparently able to adapt their saprophytic status to a nematode-predatory status. Examples include species which convert their mycelia into trapping devices, thereby attracting, trapping and eventually feeding on parasitic nematodes. Nematode-predatory fungi also called Nematophagous fungi are likely among the most important potential natural alternatives for the management of animal parasitic nematodes. Recently, studies on proteomics, metabolomics and nanotechnology of nematophagous fungi highlighted many metabolites with important biological activities, including cellulolytic, antioxidant, antimicrobial, nematocidal, anti-tumour, among others.

This upcoming Special Issue welcomes contributions on the use and applications of nematophagous fungi in the biological control of gastrointestinal nematodes. We invite researchers involved in the study of this extraordinary group of fungi to contribute.

Have you considered how your research will support the policy priorities expressed in the #HorizonEU Missions and the UN #SDGs? Find out how you can contribute to our co...


Read more
1
0
2 hours ago
Our Ocean, Our Future. This #WorldOceanDay, publish your research in an international journal, examining the role of #oceanography #weatherprediction. #climateforecastin...