Submit a Manuscript to the Journal
Biodiversity 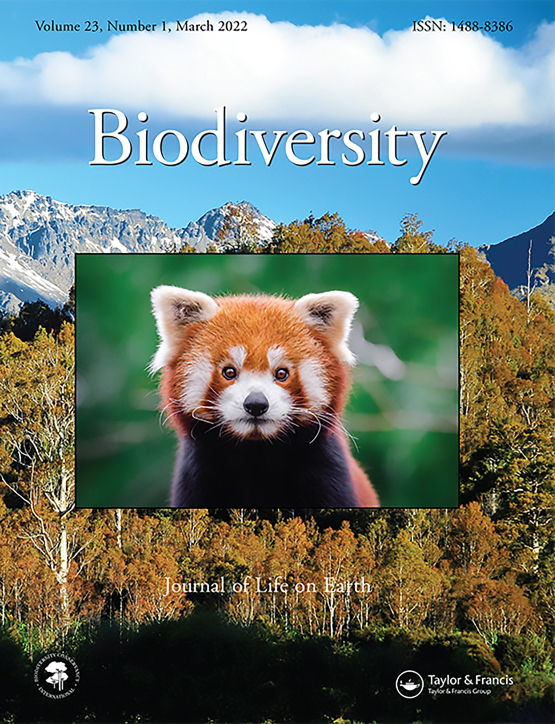 Forests themed issue for Biodiversity – a Journal of Life on Earth

Forests are one of the most biologically rich terrestrial systems. Together, tropical, temperate and boreal forests offer diverse sets of habitats for plants, animals and micro-organisms, and harbour the vast majority of the world’s terrestrial species. And yet, according to the Convention on Biological Diversity (CBD), within the last 8000 years about 45% of the Earth's original forest cover has disappeared, cleared mostly during the past century. The Food and Agriculture Organization of the United Nations (FAO) recently estimated that about 13 million hectares of the world’s forests are lost due to deforestation each year. The annual net loss of forest area between 2000 and 2005 was 7.3 million hectares (equivalent to the net loss of 0.18 percent of the world’s forests). The mechanisms that cause deforestation, fragmentation and degradation are varied and can be direct or indirect. However, the most important factors associated with the decline of forest biological diversity are of human origin.

This themed issue - a collaboration between Biodiversity – a Journal of Life on Earth and The National Healing Forest initiative – is inviting submissions which to contribute to our understanding of the following:

The National Healing Forest initiative an invitation to Indigenous and non-Indigenous communities, institutions, and individuals to create green spaces across Canada to honour residential school victims, survivors, and their families, as well as murdered and missing Indigenous women and girls, and children who have been removed from their families and are now caught in the welfare system. The goal is for communities and individuals to work together to create a healing forest or green space, whether within urban parks or in rural settings. Find out more about the initiative here.

Contributions from countries within the global south are particularly welcome.

Please submit your manuscripts in Times New Roman 12pt by 1 July 2022 to Biodiversity’s Managing Editor, Vanessa Reid ([email protected]) and send the title (even if it is a working title) of the manuscript/opinion piece/book review etc you plan to submit by 15 June 2022. This double themed issue will published in December 2022 both in print and electronic editions, available through Taylor and Francis Journals. A special board of editors will review the submitted manuscripts and publication of final papers will be subject to blind peer-review.

We also greatly encourage publication/book reviews, Forum and On the Ground pieces. An Opinion piece, as the name suggests, is the author's personal opinion on the subject. It can be as formal or informal in style and the word count can range from 500 - 3,500 words. References are optional and it is not peer-reviewed. An ‘On the Ground’ piece is a personal account from Biodiversity practitioners working in the field, sharing their experiences and insights. The word count can range from 500 - 3,500 words and references are optional.

Boodiversity – a Journal of Life on Earth is published in partnership with Taylor and Francis Journals. Please visit the Taylor and Francis website for more information on submissions, subscriptions and to purchase individual articles and special issues.

🤔 Thinking about how #geoscience and #bigdata can help during a pandemic after the latest #EGU22 session on Geoscience and health? So are we! Get involved with Big Ear...

0
0
2 hours ago
Interested in #EGU22 Advances in river monitoring and modelling for a climate emergency from @Nick_Everard? 💧 Take a look at this recent #OA article in International J...