Submit a Manuscript to the Journal
Atlantic Studies

For a Special Issue on
Circum-Atlantic Linguistic Flows 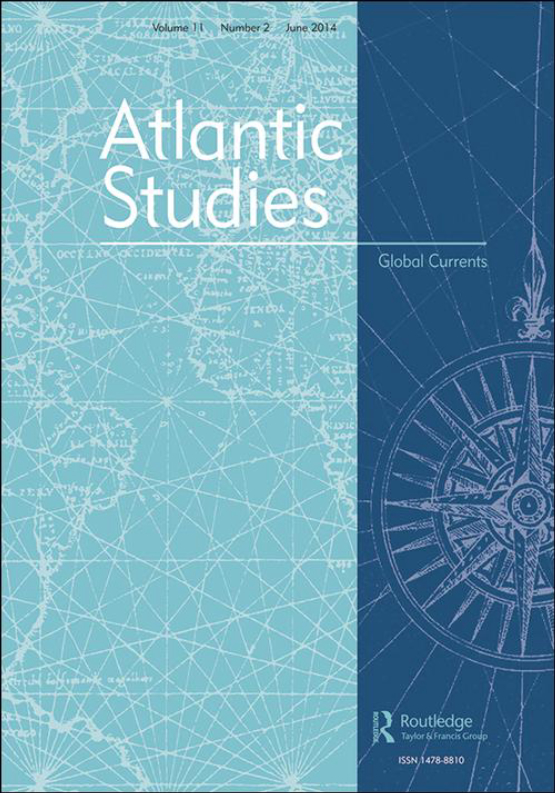 Language has for millennia traversed imagined political boundaries, leaving behind sediments of cultural practice while adopting new forms in its movements through time and across space. In this sense, language is inherently transnational, transcultural, and translingual. Yet, over time and space, language is remembered not for what it was, but how it is currently used. This historical disconnect empowers language to demarcate geopolitical boundaries, almost invariably stratified, through division and difference. What is often forgotten is that languages can never be “pure” entities, sequestered from cross-cultural or cross-linguistic contact and influence. This is especially in the case of the English language, which, in spite of various nationalistic or ethnocentric crusades in the UK or across the Atlantic in the US to monolingualize public and at times private language practice (Lippi-Green, 2004; Cameron, 2012), is itself a hybridized creole that has merely come to be sedimented as a discrete “language” over time (Canagarajah, 2013). Meanwhile, such efforts of linguistic homogenization in the UK, the US, or other parts of the world are a reminder of the sedimentation of Eurocentric epistemology, for in regions of the global South such as Africa and South Asia, the very notion of “language” is the result of colonially imposed linguistic taxonomies (Makoni, 2002; Makoni & Pennycook, 2005). Yet a view across the Atlantic can serve as a reminder of the instability of, and at times analogousness of, political and ideological commitments across discrete continental spaces. However, there is much to be gained by further inquiry into the geopolitical particularities of the circum-Atlantic space, and it is with this in mind that we initiate this exploration around the topic of linguistic flows.

This special issue aims to gather scholars from the field of sociolinguistics and related disciplines to examine the conceptual, historical, and cultural aspects of linguistic flows in the circum-Atlantic world and beyond. The aim is to contribute to sustained interest in circum-Atlantic perspectives and phenomena among scholars of Atlantic studies while also providing a space to explore various sociolinguistic considerations, which are not frequently the focal point of inquiries in the field. Indeed, while part of the purpose is to complement ongoing developments in the sociolinguistics of globalization with a focus on the transatlantic and the circum-Atlantic as a frame of reference, this special issue simultaneously represents an attempt to foreground questions of “language,” particularly transatlantic questions of language, within the interdisciplinary field of Atlantic studies.

We therefore invite scholars from sociolinguistics and related disciplines to submit proposals addressing a broad range of topics including, but not limited to, the following:

Submit proposals and/or questions to c​[email protected]​ and j​[email protected]​. Early career scholars with no prior record of publication are welcome (but not required) to submit supplemental materials such as a CV, draft of the full manuscript, or writing sample of a different project to provide the special issue editors broader context to facilitate the selection process.

Read more
0
0
yesterday
What’s the process of publishing in an academic journal? Enroll in our free learning course, master the steps - and change the world: https://t.co/QJCJxpbPag https://t....

Read more
0
1
4 days ago
Reading and learning is now easier than ever before! Through a dynamic learning experience, the interactive features of our eTextbooks can help keep you engaged to unders...