Submit a Manuscript to the Journal
Argumentation and Advocacy

For a Special Issue on
Argumentation in the Americas 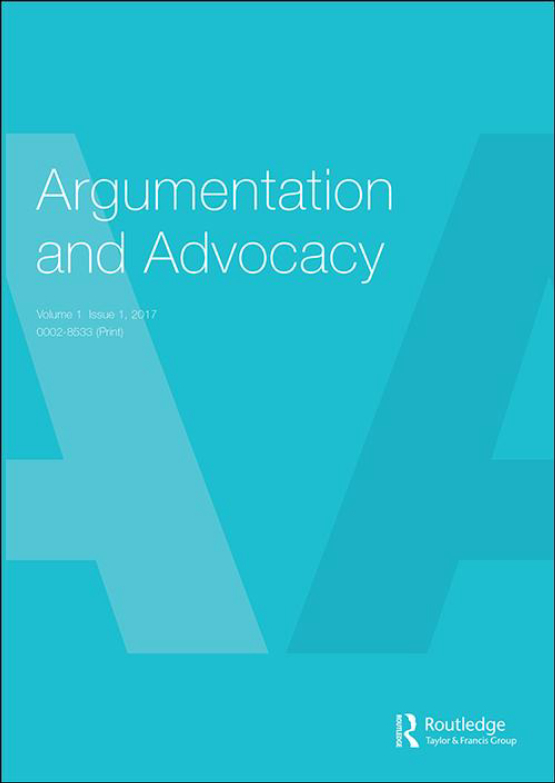 Argumentation in the Americas

Argumentation and Advocacy invites submissions for a special issue titled, “Argumentation in the Americas.” Conceptualizing, theorizing, researching, and practicing argumentation transcends disciplinary boundaries and national borders. Although scholarship is transnational, the cultural embeddedness of all social practices, including research, indicate that the location of these activities matters. Culturally embedded practices shape ordinary arguers’ behavior, scholars’ study of argumentation, how argumentation is taught, and even what it means for something to count as an argument in the first place. Our call is, in part, inspired by Dale Hample’s (and others’) call for scholarship exploring localized and situated argument cultures as well as the recent formation of the Argumentation Network of the Americas. In this case, we are interested in essays that focus specifically on the traditions, customs, cultural institutions of the Americas. By this we do not mean simply the U.S. or Canada, instead, we propose a Pan-American perspective that encompasses all the ways we might build an understanding of American accounts of argumentation.

The following procedures should be followed when submitting manuscripts: