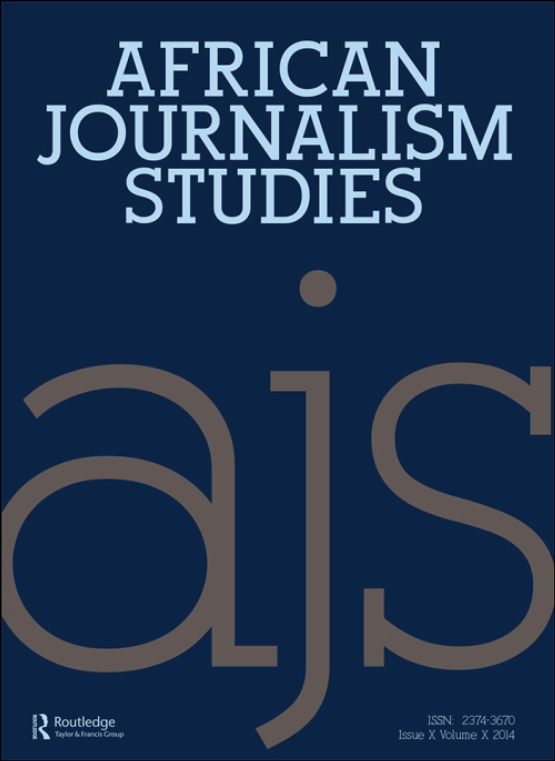 African Journalism Studies @40: Invitation for submissions for a Special Issue

Special Issue Title: AJS at 40. Towards an agenda for African journalism and media research in changing communication ecologies

African Journalism Studies(AJS)—formerly Equid Novi— was launched in 1980 as an intervention to provide space for research on the then fairly nascent field of journalism and media studies within South Africa. Over the years, and with South Africa’s reintegration into the African and global political economy post-1994, the journal grew to become one of the leading spaces for research within the media studies discipline, increasingly attracting voices from across the African continent (including the MENA region). As it celebrates its four decades in existence, the journal continues to strive to become the preeminent intellectual platform for both emerging and established researchers from Africa, and also to engage in comparative research and conversations between the Global South and the Global North.

All articles submitted should be original work and must not be under consideration by other publications. Full articles should be submitted via the Journal’s electronic submission platform, and must adhere to the AJS submission guidelines (see https://www.tandfonline.com/action/authorSubmission?show=instructions&journalCode=recq21) The word account should be between 6000-8000 words. Please make your submission under the category of “Special Issue”.

RT @NatComm: In 1893, six Black women spoke at the World’s Congress of Representative Women (WCRW). In a new article published in NCA’s “Qu…

2
0
54 minutes ago
Read this trending #FreeAccess article to uncover how terrorist groups influence their audience by using ‘spoofing, truthing and social proofing’ as their digital te...

Read more
1
0
18 hours ago
Communication and Democracy will be the new name for First Amendment Studies from the National Communication Association, from 2022. Find out more about the goals of the ...

Read more
7
10
18 hours ago
"The Cultural Politics of COVID-19," edited by John Nguyet Erni and Ted Striphas, is available to read with free access until the end of June: https://t.co/whmoRGmZkY @C...