Submit a Manuscript to the Journal
Journal of Postcolonial Writing

For a Special Issue on
The African Novel in the 21st Century: New Vistas of Postcolonial Discourse 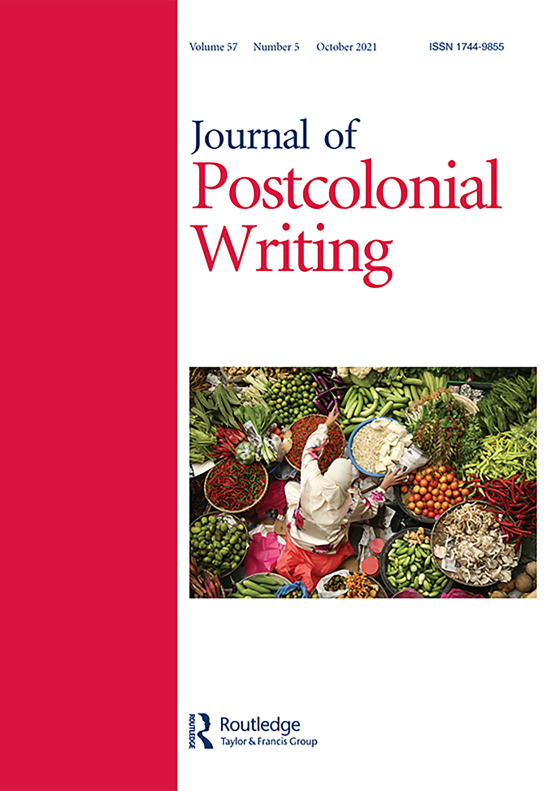 The African Novel in the 21st Century: New Vistas of Postcolonial Discourse

The resurgence of the African novel in the 21st century marks a renaissance of creative expression that invigorates the genre. A new generation of African writers conveys the transformative landscape of the global age in compelling fictional works that launch new vistas of postcolonial concerns within local and global communities. The last two decades bear witness to a dramatic shift in the African novel from conventional post-independence themes that address the European intrusion and the attendant fissures within the nation state.

From its inception in the mid-20th century, African fiction in English has chronicled the legacies of postcolonial ruptures in society as an important contribution to world literature. Thematic interrogation of socio-cultural, religious and political disruptions within African communities inspired the works of iconic writers such as Chinua Achebe, Ngugi wa Thiongo, Wole Soyinka, Ayi Kwei Armah, Flora Nape, Buchi Emecheta, and Ama Ata Aidoo. Ground-breaking literature by these writers represents a foundational contribution to early Anglophone African writing that achieved canonical status in literary studies.

Another pivotal development of the African novel has been the prominence of women writers, whose visibility and award-winning fiction has garnered critical claim within discourses of contemporary global literature and African literary history. Since the turn of the century, an impressive array of female writers has expounded the complexities of race, class and gender through arresting narratives of bodies  in transit through global spaces of otherness and marginal status. African immigrant fiction mirrors the existential collisions, fractures and challenges of global mobility that mediates identity and belonging among African subjects. The turn towards diaspora and the gendering of the African novel has led to  transnational perspectives on African realities in all its modalities within multi-local sites across national, geographic, ethnic, and linguistic boundaries in the west. The tetxs of current African writers engage the globalized world fraught with incongruent energies of cultural dissonance while African subjects reconfigure new ways of being African in the world. Along with the growing body of African writing that explore diaspora settings, African authors also appraise local issues that intersect with global influences  -- such as environmental devastation, international drug trafficking, political corruption, economic and political upheaval and myriad social factors that impact African people at home and abroad. These ideas represent new forms of postcolonial critique within the evolution of the genre.

Background to the Special Issue

The emergence of a constellation of successful African writers is reconfiguring African literary history through the production of works by artists such as Chimamanda Ngozi Adichie, Sefi Atta, Chika Unigwe, NoViolet Bulawayo, Taiye Selasie, Unoma Azuah, Bernadine Evaristo, Aminata Forna, Imbolo Mbue, and Yaa Gyasi among others in the 21st century.

Taken together, the growing body of works by this assemblage of African writers uncover new issues and challenges that re-imagine the scope and trajectory of the African novel in ways that interrogate the fluid nature of identity, and the complexities of social, economic and political forces that reshape the lives of African people in a world of transformation and flux.

This Special Issue, 'The African Novel in the 21st Century: New Vistas of Postcolonial Discourse' will explore the following:

Key Themes include, but are not limited to, the following:

View the latest tweets from Routledge_JPW

RT @ProfJohnMcLeod: Pleased to receive my contributor’s copy of this new book, based on a special issue of @Routledge_JPW. Thanks to @Carol…