Submit a Manuscript to the Journal
Area Development and Policy

For a Special Issue on
Accessibility Turn in Urban Research: Policy Implications from Latin America and the Global South 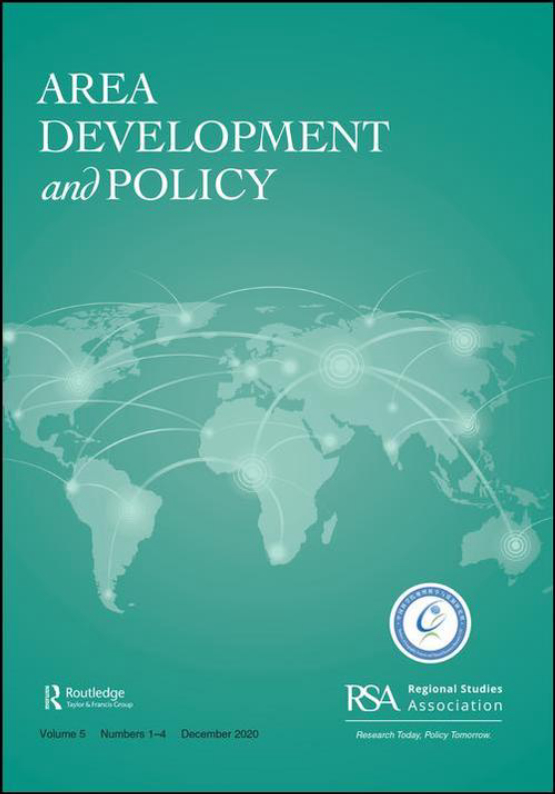 Urban policy is increasingly important as a policy domain. Not only is the world increasingly urbanizing, but the governance and administration of urban areas is growing in complexity. One such policy challenge is providing equitable access to the resources offered by urban areas to their inhabitants, such as: jobs, schools, hospitals, green and recreational spaces, governmental services, consumer goods, and alike. Thus, accessibility has been defined as the extent to which land-use and transport systems enable (groups of) individuals to reach the places and opportunities that are fundamental for their social reproduction through a combination of transport modes (Geurs & van Wee, 2004; Kellerman, 2006).

In recent years, scholars have called to putting accessibility at the center of our thinking and policy development as it can link discussions of economic geographies, housing, transport, and equity in cities (Duranton & Guerra, 2016; Geurs & van Wee, 2004; Levine et al., 2019; Niedzielski & Boschmann, 2014) (Cui et al., 2019; Duranton & Guerra, 2016; Geurs & van Wee, 2004; Levine et al., 2019; Niedzielski & Boschmann, 2014). The momentum, achieved in the debate of accessibility, has led to consolidating an ‘accessibility turn’ which proposed a focus on understanding people’s needs and ability to reach their diverse destinations, rather than the means of transport per se. This emphasis on access to urban services is a central aspect of policy, particularly in the fields of transport and land-use planning (Levine et al., 2019). Shifting our understanding of accessibility from transport systems to people’s needs and abilities becomes an opportunity to devise policies that advance access to urban resources while making access more equitable.

Aiming to expand the lessons learned and the questions that have emerged from this research, the Latin American chapter of the International Network for Transport and Accessibility in Low Income Communities (INTALInC-LAC) is calling for papers to be included in a Special Issue of the journal ADP. The aims of the Special Issue are twofold. First, promoting a dialogue among studies from a diverse array of geographies facing similar accessibility challenges. Second, advancing debates about the policy implication of accessibility research in different contexts which include consideration of vulnerable communities and real case scenarios. While inspired by the development of the Latin American accessibility turn, this Special Issue will contribute to a more global conversation about accessibility providing empirical and policy insights from different contexts to further explore solutions to shape a more equitable access to urban services and resources.

Within this context, the INTALInC-LAC invites to submit original research articles for publication within a Special Issue titled: “Urban Accessibility in the Global South: Policy Implications of the Accessibility Turn in Urban Research”. We encourage the submission of research articles with any of the following characteristics:

The manuscripts must align with the aims and scope of Area Development and Policy and adhere to the journal’s instructions for authors.

Notification about further consideration of contributions will be given by June 15, 2022.

The Submission of final research articles will be due by October 31, 2022.

Articles must be submitted directly to Area Development and Policy through the journal’s submission system at ScholarOne Manuscripts (manuscriptcentral.com). Articles that pass the peer review process will be published online upon acceptance.

View the latest tweets from RoutledgeGPU

RT @SquireRachael: Wonderful to see this out. New paper with Peter Adey and Rikke Bjerg Jensen in #Geohumanities! Toward Analogue Geographi…

11
0
2 days ago
Do you want to improve your research and data analysis skills? If so, listen to our new on-demand webinar featuring three leading authors in the field of research methods...

Read more
0
0
3 days ago
Add your insight for a special issue of Regional Studies: The Geography of Higher Education. Learn more and contribute today: https://t.co/UqXKHOWMpa @RegionalStudies @...

Read more
3
4
4 days ago
The Australian Planner welcomes your submissions on all areas of built environment research, including from both Australian and international contexts. Published in ass...