For a Special Issue on
75TH Anniversary of the National Security Act of 1947: Past, Present and Future 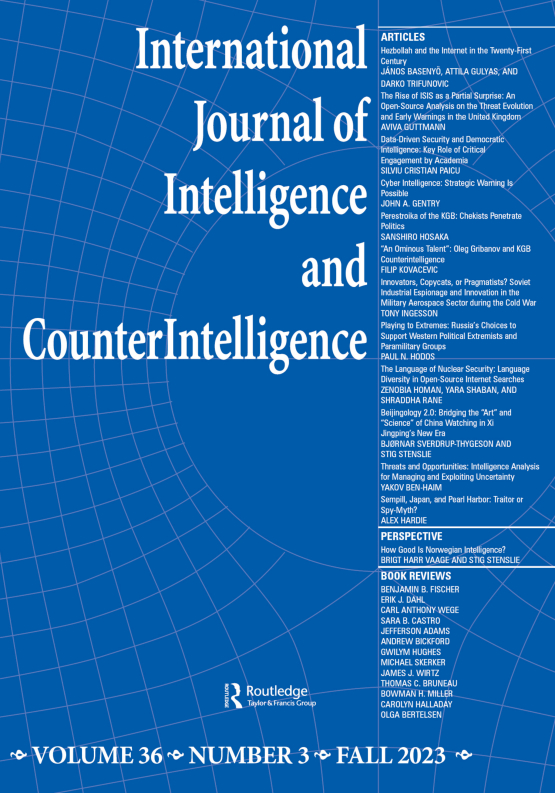 75TH Anniversary of the National Security Act of 1947: Past, Present and Future

President Harry Truman signed the National Security Act on July 26, 1947. This single piece of legislation was a major restructuring of the United States government's military and intelligence agencies following World War II. The Act merged the military, and created the United States Air Force. Aside from the reorganization of the military in the post-World War II era, the act established the National Security Council and the Central Intelligence Agency, the U.S.'s first peacetime non-military intelligence agency. Over time this Act has been adjusted, changed, but it continues to be the foundation of the U.S. Intelligence Community. Consequently, this special issue of the journal would like to celebrate the 75th Anniversary of this document. We are seeking all proposals that look at the impact this document has had and will continue to have on national security, specifically in the field of intelligence, counterintelligence and national security. To be clear, this special double-issue is both a celebration and an honest assessment of both the accomplishments and possible future irrelevancy of this document. The political, social, legal, economic, and international aspects of the impact of this seminal document will all be considered for possible publication, along with any other research interests pertaining to this significant legislation.

Proposals or Abstracts will be accepted until 1 August 2021;

Manuscript length should be 4,000 to 8,500 words, including abstract, references, and tables; formatted and submitted per standard policies and procedures.

General information about the journal may be found at: https://www.tandfonline.com/toc/ujic20/current.

Where do you do most of your writing? #AcademicTwitter #TheKnowledgeRetreat

0
0
about 1 hour ago
"The Dangers of Mainstreaming Solar Geoengineering: A critique of the National Academies Report" Read the new article here: https://t.co/aND8XsslPV #AcademicTwitter #Pol...

Read more
0
0
3 hours ago
Share your research in a special issue of Comparative American Studies that seeks to offer new perspectives on nostalgia & the American West, plus commentary on emerg...

Read more
0
0
11 hours ago
RT @Rout_PoliticsIR: Contributor to 'Under the Iron Dome' @danlipinski2 writes in The Atlantic about why the House of Representatives is fa…