Introduction to the Virtual Special Issue

The first issue of Urban Research and Practice was published in March 2008, one year after the Leipzig Charta on Sustainable Urban Development had been signed. Twelve years have passed and we have a new Leipzig Charta published in December 2020 under the German EU presidency (as well as the Territorial Agenda for the EU). This coincides with a change in the editorship of the journal as Professor Rob Atkinson, who has been editor since the first issue in 2008, stands down and hands over the role to Professor Karsten Zimmermann.

Rob has done a remarkable job for the journal, the current standing of which is the outcome of his commitment and hard work in developing the journal from its infancy. The journal has benefitted hugely from his direction and his knowledge on urban policy and practice during his time as editor. In this context, the editorial board of Urban Research & Practice thought that this might be a good time to look back and collect a limited selection of papers that we as editors consider as highly relevant to urban debate and practice.

We hope that this virtual special issue will give those who access it a flavour of what the journal has published since its inception, how it has evolved, and the inspiring potential that it has ahead in this Urban Age 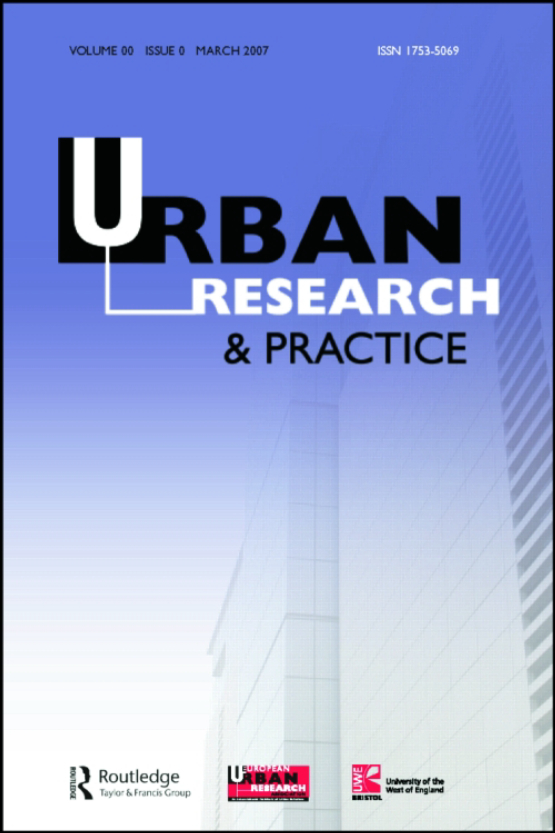 Urban Research & Practice is a well-established and exciting journal that publishes a wide range of original academic research articles along with innovative articles on policy and practice. The journal is published in association with EURA (European Urban Research Association), is a cross-disciplinary journal, with a focus on urban studies.