Presented by Politics, Groups, and Identities

At a time when some talk of Asian Americans as “honorary whites,” the mass murders at Atlanta-area spas reminded us that those of Asian ancestry can also experience intense marginalization. This micro-syllabus presents a wide range of scholarship exploring these complexities and investigating the place of Asian and Pacific Islander Americans in a deeply contested racial terrain.

COVID-related bigotry is only one of the most recent ways that those of Asian ancestry have been marginalized in the United States. Some of the articles in this syllabus examine this more recent marginalization and consider the extent to which political science teaching also continues to marginalize Asian Americans. The syllabus also looks at the very different struggles faced by Native Hawaiians, Pacific Islanders often considered alongside Asian Americans, although their experiences are strikingly different.

Other pieces look at the diverse ways that immigrants are incorporated, and how identity can shape that process. Newcomers usually identify along national or ethnic lines, and there is considerable variation in how readily a panethnic identity is embraced. Articles in this syllabus show how political incorporation often occurs along ethnic lines—e.g., Chinese, Vietnamese—although the second generation socialization may be shaped by the broader community, not co-ethnics or co-panethnics.

This micro-syllabus also includes some of the growing body of research that studies the AAPI population alongside other BIPOC groups, comparing them and considering coalitional prospects. Although AAPI voters seem increasingly inclined to support Democratic candidates, the AAPI population is too diverse to expect a high degree of political uniformity, and deep internal political divides may be developing. The diversity comes in part from the large percentage of immigrants, a characteristic which makes transnational considerations important, something also examined in this syllabus.

The below articles are free to access until August 31, 2021. 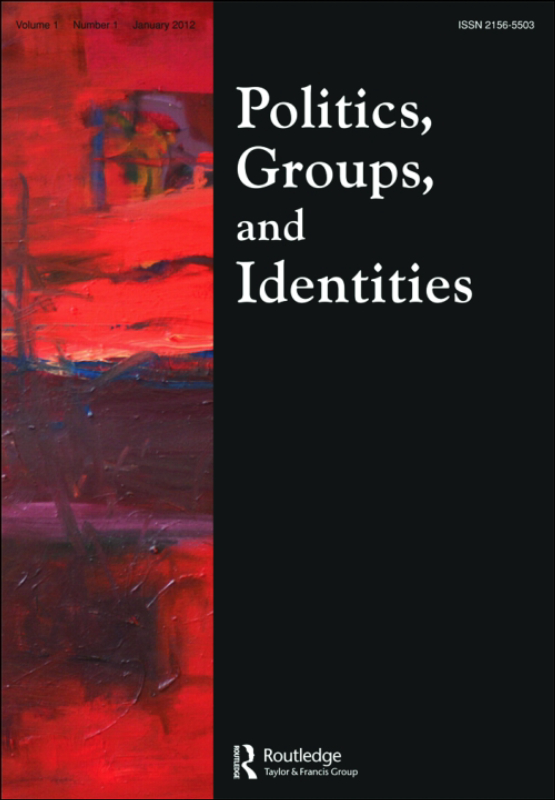 Studying Asian Americans in the Context of US Minority Politics

Transnationalism and the international sphere

Asian Americans and other communities of color

Politics, Groups, and Identities is an official journal of the Western Political Science Association. It presents the best scholarship on social groups, exploring the politics of gender, race, ethnicity, religion, sexuality, class and other dimensions of identity and structural disadvantage. The journal publishes work across all subfields of political science, as well as the social sciences and humanities more generally. The journal publishes research on any country or region of the world, including work that is global or international in scope as well as work that is national or local, or examines connections between these levels.

Politics, Groups, and Identities is interdisciplinary in focus. The editors are open to a wide range of analytic approaches, including interpretive, ethnographic, historical, statistical, and multi-method analyses. In addition to publishing original research articles, the editors also seek proposals for integrative review essays as well as symposia on specific topics or dimensions of the politics of social groups. The editors are especially interested in proposals that would promote discussion among scholars on innovative topics or projects. These discussions might take several forms, including but not limited to (1) a set of pieces tackling a common question or debate, (2) a research article with several responses and a rejoinder, (3) “thought” pieces with responses from a variety of perspectives, and (4) research workshops in which novel methodologies or analytical approaches are presented and critiqued.

Politics, Groups, and Identities is a peer-reviewed (double-blind) journal. Learn more about submission.

Signing up for PGI's new content alerts guarantees you'll be among the first to know whenever new articles are published online. Just click the button below to log in or create a free account on T&F Online, and your alert settings will be updated for you!
Get alerts

3 minutes ago
It's been 100 days since Myanmar's military seized power; at least 700 people have been killed & over 3,300 detained since the coup. Adam E. Howe & write that regimes may use violent policies as a means of state-preservation: https://t.co/Cbev6rX28q
0
0
23 hours ago
May is Asian American & Pacific Islander Heritage Month, but Pacific Islanders often get ignored or left out. This month, read 's article on the Hawaiian independence movement and its resurgence. Available for ✨free✨ via our AAPI syllabus: https://t.co/am8y0sy5jF
9
8
3 days ago
RT : See this transcript from from last month's & virtual community group. Check it out here…
1
0
4 days ago
RT : Important research about the present and quickly approaching future of representation in a multi-racial and multi-ethnic worl…
1
0