The names of the two prizes were chosen to remind today’s local government scholars of two of the subject’s pioneers: Professor John Stewart of the University of Birmingham and Professor George Jones of the London School of Economics and Political Science.

John Stewart Prize: The judges very much liked Fitzgerald’s approach to understanding resilience and how the ‘great survivor’ thesis of English local government may gloss over how councils have deflected (rather than absorbed) some of the impact of austerity. Her focus on how a number of small charities in deprived areas of London are affected by funding cuts means that the article addresses a substantive and topical issue in a novel way and has relevance both within and outside the academy.

George Jones Prize: The judges were very impressed with the authors’ use of the case study approach and the focus on grass roots democracy and the role of women. It was also refreshing to come across a study of these developments in an under-researched part of the world, and fascinating to see how local governance institutions emerge and develop in ‘greenfield’ contexts. 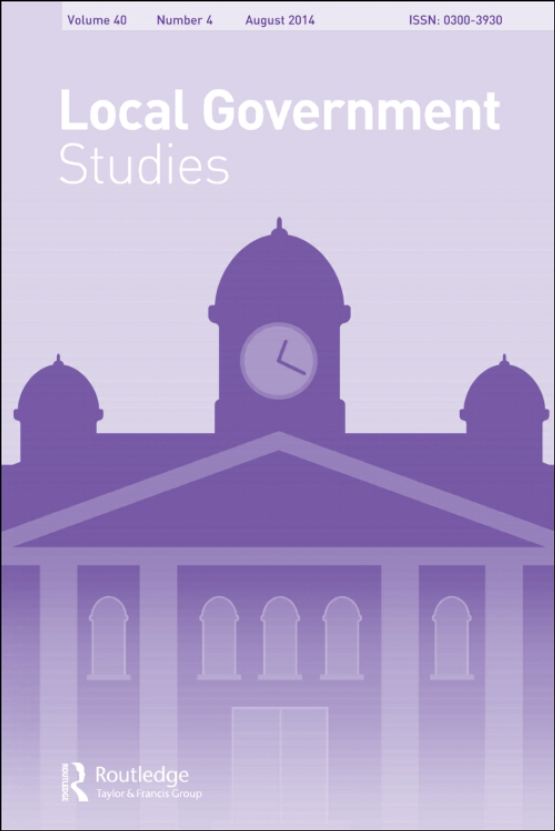 14 hours ago
It’s OA Week and to celebrate, we’re talking about funder’s publishing policies, which are moving more towards open access Curious to learn more? 🗓️ Tune in tomorrow 10am EST 🇺🇸 3pm BST 🇬🇧 Sign up: https://t.co/1KBJDci6b6 #OAWeek #OpenAccessWeek #OAWeek2021 #AcademicTwitter https://t.co/qzTrckG5lT
1
0
yesterday
Did you know that many funders now require research outputs to be published open access? Find out what this means for you in our next Twitter Spaces chat 🎙️ 🗓️ Tues, 10am EST 🇺🇸 3pm BST 🇬🇧 Sign up: https://t.co/2cSnkNjbRR #OAWeek #OpenAccessWeek #OAWeek2021 #AcademicChatter https://t.co/JqWTkF38MN
0
5
yesterday
Our step-by-step guide to writing your paper walks you through the standard sections you’ll be asked to include when writing a journal paper 📝 Explore the free eBook now: https://t.co/QwbRI6wWfS #AcademicChatter #ScholarSunday https://t.co/mheNsvVoNg
7
10
2 days ago
How will these three things improve your writing? Join The Knowledge Retreat to learn this and more from ✔ https://t.co/XgouqRPAbh #TheKnowledgeRetreat #AcademicMentalHealth https://t.co/7wxCyx0cbm
4
4