The Irene Hilgers Memorial Prize is dedicated to the memory and scholarly achievements of Irene Hilgers, a German scholar of Uzbekistan. Hilgers died tragically young in 2008, shortly before completing her doctoral dissertation at the Max Planck Institute for Social Anthropology. Her dissertation was published posthumously as Why Do Uzbeks Have to be Muslims? Exploring Religiosity in the Ferghana Valley. Hilgers was a brilliant and active scholar, who in her short academic career did much to foster collaborative linkages between young scholars in Europe.

The Irene Hilgers Memorial Prize celebrates the achievement of a junior scholar (within five years of their PhD or Candidate of Science degree) from any country who has had an article published in the four issues of Central Asian Survey from the preceding calendar year. The winning author was a young scholar who very sadly passed away from cancer before the publication of the special issue in which his article appeared.

Message from the guest editors of special issue 39.1: Informal Markets and Trade in Central Asia and the Caucasus

It is bittersweet to learn that our colleague Meiirzhan Baitas’ article The Traders of Central Bazaar, Astana: Motivations and Networks, that appeared in Central Asian Survey. 39 (1): 33–45 has been awarded the Irene Hilgers Memorial Prize in 2021. As guest editors of the special issue on Informal Markets and Trade in Central Asia and the Caucasus, we are glad that Baitas’ scholarship- that rested on rich ethnography and thoughtful engagement with scholarship -has been awarded the Irene Hilgers Memorial Prize that celebrates the achievement of a junior scholar in the field. That Baitas is not with us, of course, remains a source of sadness for his family, his friends, and his colleagues.

Baitas’ article is based on his MA thesis, ‘Traders of the Central Bazaar in Astana: A Perspective on Motives and Social Networks’, which he had successfully submitted to the School of Humanities and Social Sciences at Nazarbayev University in 2017 towards his MA in Eurasian Studies. As an MA student, Baitas was one of our junior colleagues in the project on Informal Markets and Trade in Central Asia and the Caucasus, which was supported by the Volkswagen Foundation. Baitas’s thesis was supervised by John Schoeberlein (Alima Bissenova was the second reader; Hasan Karrar was the external reader). Baitas had graduated with honours, winning the Zakharova Prize for best Eurasian Studies thesis. The following year, Baitas was diagnosed with cancer. Shortly before his untimely passing, he gave us permission to edit his thesis and submit his findings to Central Asian Survey in article form, where it underwent peer review similar to the other articles in the special issue. We were impressed by the promise Baitas showed so early in his scholarly career, and especially following this latest recognition, we hope that scholars will read, engage with, and build on his sophisticated insights on markets and trade in Central Asia. 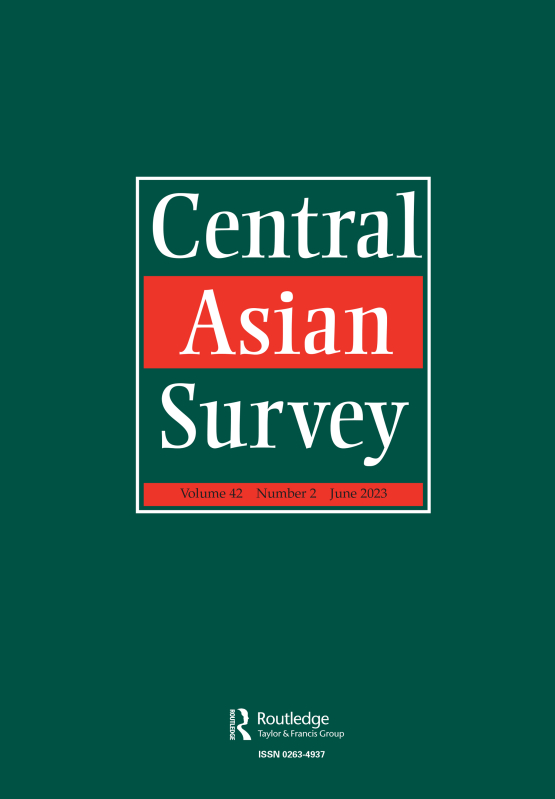