The Luckhurst-Samulski Prize was launched in 2009 and awarded for the first time in 2010. The Prize of £1000 is for the best paper published each year in Liquid Crystals and the full terms and conditions of the Prize can be found here. The Prize is intended to be a real stimulus to the liquid crystal community and is presented alternately at either the ILCC or the ECLC, depending on the year.

The Prize is named in honour of Professors Geoffrey Luckhurst and Ed Samulski, not only in recognition of their roles in founding the Journal but also for their outstanding contributions to liquid crystal science. In 1986, Professors Luckhurst and Samulski together with Taylor & Francis launched Liquid Crystals.

In their Editorial in the very first issue they commented that the study of liquid crystals 'is a burgeoning field of interdisciplinary endeavour and now is an exciting time to be involved in liquid crystal research'. Some 20 years later, in an editorial marking two decades of the journal, they reflected that 'these words seem as true today as when they were written 20 years ago'. This vibrancy has helped to underpin the continuing success of Liquid Crystals, which has remained faithful to the vision of its founding editors to serve the needs of the liquid crystal community to share its ideas. The Editor and Publishers view this Prize as providing a further stimulus to this activity.

Professor Luckhurst was educated at the Universities of Hull and Cambridge, obtaining his PhD from the latter on solution effects in EST spectroscopy. He then became the ESR spectroscopist at the Varian Research Laboratories in Zürich before, in 1967, joining the faculty of the University of Southampton, where he currently holds the title of Emeritus Professor. His many honours and distinctions include being a former President and Honoured Member of the International Liquid Crystal Society, and recipient of the Gray Medal of the British Liquid Crystal Society and the Fredericksz Medal and Diploma of the Russian Liquid Crystal Society.

Professor Samulski obtained his PhD from Princeton University and subsequently held postdoctoral fellowships at the Universities of Groningen and Texas. In 1972 he was appointed to the faculty at the University of Connecticut and in 1987 moved to the University of North Carolina. His numerous distinctions include most recently becoming a State Department Jefferson Science Fellow. 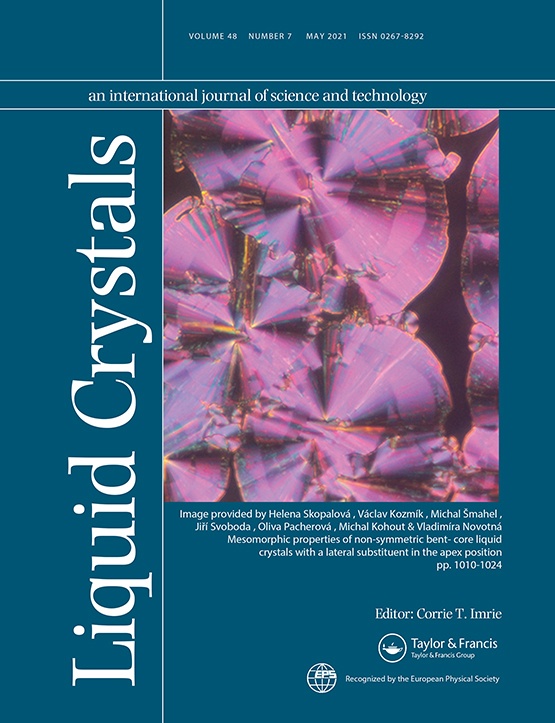 over a year ago