The Biennial Prize to the Best Article published in Economic History of Developing Regions is an award offered every two years to honour outstanding scholarship of a researcher or researchers, in the case of a co-published article. The Best Article is selected by the members of the Editorial Board from the previous two years’ EHDR issues. Articles written by emerging researchers are given priority in the selection process.

The Best Article award serves as a recognition of outstanding scholarship, to encourage high quality submissions from emerging scholars to EHDR, and to promote the academic profile of such scholars.

Founded in 2010 by the Economic History Society of Southern Africa (EHSSA) as a continuation of the former South African Journal of Economic History (1982-2009), EHDR promotes the study of economic change in the developing world, including Africa, Asia, Latin America, the Middle East and Eastern Europe, providing an innovative research forum that explores the influence of historical events on economic development beyond the industrialized core. The Journal appears three times a year and is published by EHSSA and Taylor & Francis.

The authors of the selected article will be jointly awarded a prize of £200 in the form of a Routledge/Taylor & Francis book voucher. 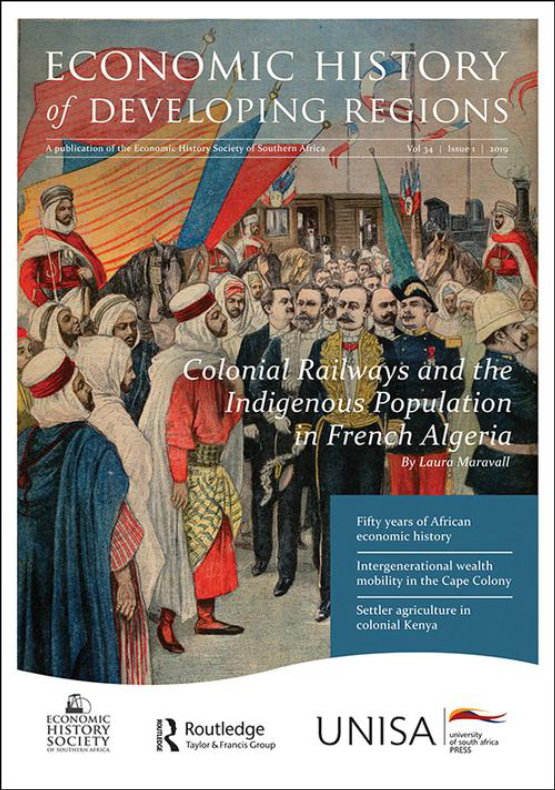 The 2022 winner of the award for the Best Article published in EHDR in 2020-21 is Dr. Prince Young Aboagye, for his article entitled “Inequality of education in colonial Ghana: European influences and African responses”. The paper focuses on the determinants of the diffusion of education in colonial Ghana and shows that many households were reluctant to enroll their children in school because the costs of colonial education were prohibitive, and the benefits were limited. Unemployment of school leavers was a major social problem throughout the colonial era and returns to education did not justify investments in education. The demand for education was relatively high in areas where the demand for skilled labour was high, and from the late 1930s when there were growing pay-offs to colonial education. Overall, the paper points to the need to examine interactions between supply and demand factors in order to understand variations in human capital accumulation in sub-Saharan Africa.

The members of the EHDR Editorial Board found Aboagye’s an essential contribution to the Economic History of education in Africa which, going beyond the usual analysis of supply, pays privileged attention to the role to African responses and indigenous agency.

Find the latest tweets from @tandfonline